How to Draw an Albertosaurus 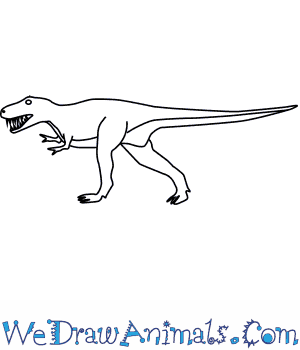 In this quick tutorial you'll learn how to draw an Albertosaurus in 6 easy steps - great for kids and novice artists.

At the bottom you can read some interesting facts about the Albertosaurus.

How to Draw an Albertosaurus - Step-by-Step Tutorial 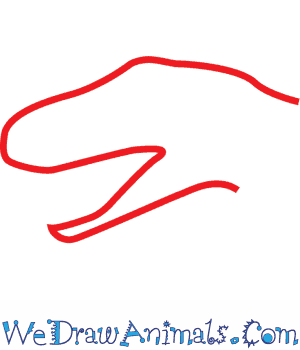 Step 1: First, draw the head, with a large oval shape for the top part of the skull and a narrower shape underneath for the bottom jaw. Leave a wide gap between to show the Albertosaurus’ mouth open. 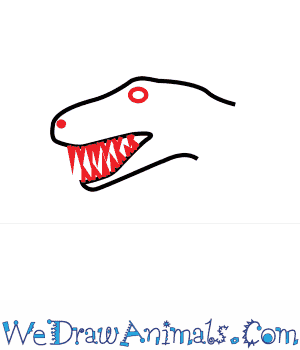 Step 2: Draw the eyes and face, with a large circle for the eye, a smaller circle at the end of the head for the nostril, and large, sharp teeth in the mouth. 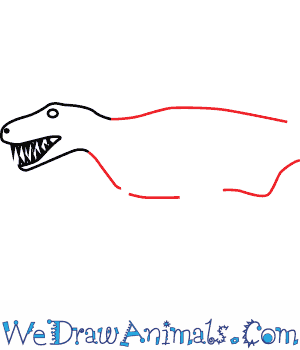 Step 3: Draw the body, using a slightly bowed line for the back, not much lower than the top of the head. Draw a series of lines to show the slop of the bottom of the neck, the underside of the dinosaur, and a V-shape behind the legs and under the place where the tail begins. 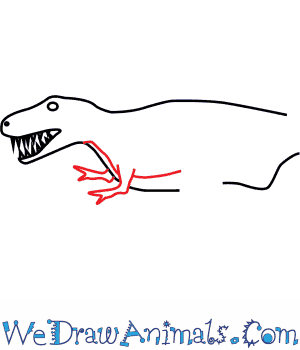 Step 4: Draw the front legs, which like the T-Rex are short with tiny two-fingered hands at the end. Make sure to include a line, starting under the jaw and going past the armpit, which shows the pattern of the Albertosaurus’s stomach. 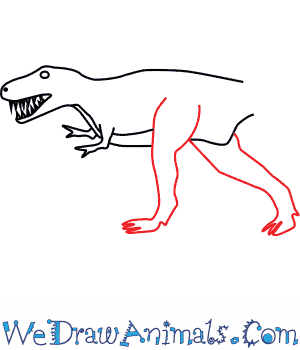 Step 5: Draw the hind legs, which are very long, with large thighs and narrow lower legs. The feet are large and flat with three sharp toes. 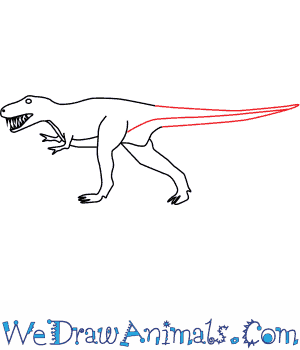 Step 6: Draw the tail. This will go straight out from the back and be very long, because theropod dinosaurs like Albertosaurus carried their tails this way for balance.

Interesting Facts about the ALBERTOSAURUS

The Albertosaurus is a member of the dinosaur group and the scientific term for them is A. sarcophagus. Their name “alberto-saurus” means “Alberta-lizard” which refers to the location of Alberta, Canada in which the bones are found. The term “sarco-phagus” is a Greek word that means “flesh-eater” in English. They were a predator with two legs, two short arms, a very large head, and dozens of big sharp teeth.

his animal had small crests in their skull above the eyes, perhaps used to attract a mate. Adults of this species were the top predators in their geographical region. As multiple fossils were found together, it is implied that these animals traveled together. 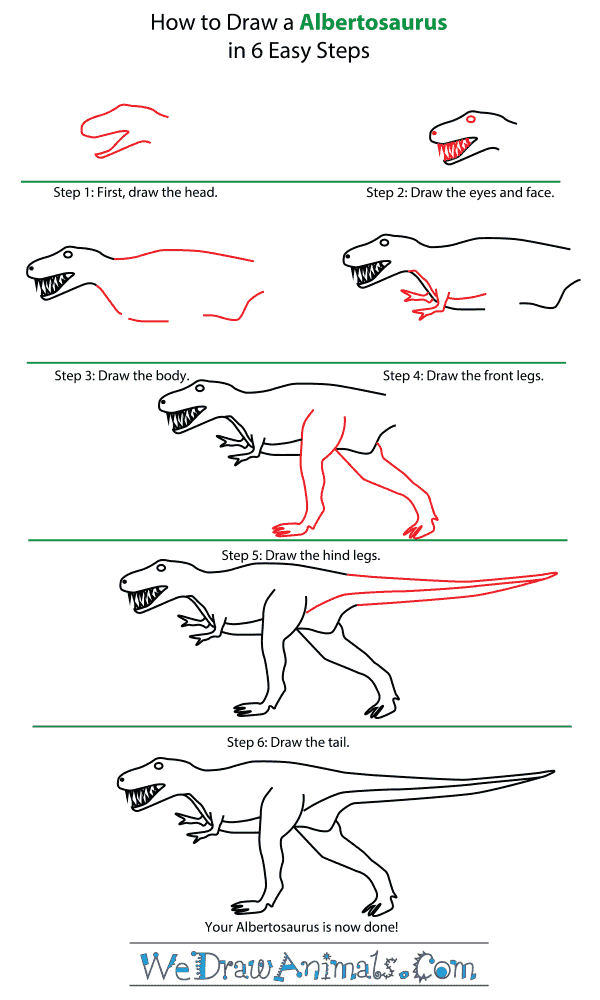 How to Draw an Albertosaurus – Step-by-Step Tutorial