How to Draw an Acrocanthosaurus 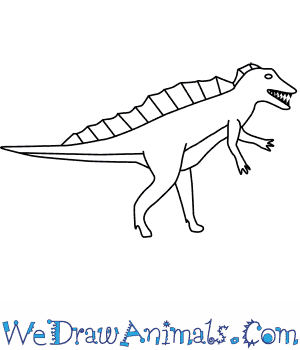 In this quick tutorial you'll learn how to draw an Acrocanthosaurus in 6 easy steps - great for kids and novice artists.

At the bottom you can read some interesting facts about the Acrocanthosaurus.

How to Draw an Acrocanthosaurus - Step-by-Step Tutorial 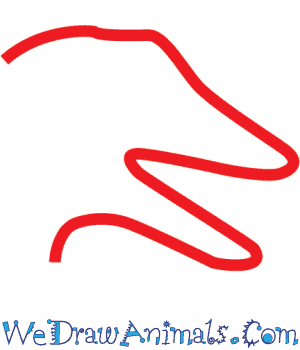 Step 1: First, draw the head, almost like a crocodile’s or alligator’s: long, flat jaws that open very wide, with a small crest where the eyes will be. 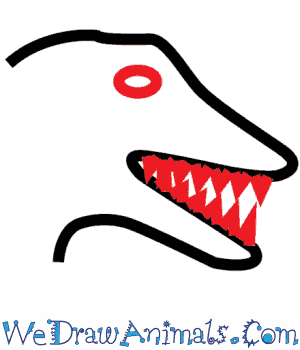 Step 2: Draw the eyes and face, with a large oval for the eye and large, sharp teeth in the mouth. 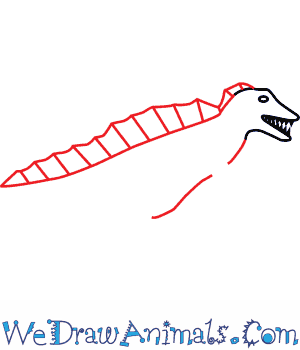 Step 3: Draw the body, with a long sloping line that will go from the back of the head all the way down nearly to the end of the tail. Then draw two lines to show the bottom of the acrocanthosaurus’ neck and underside. Finally, along the back, draw a row of lines that are the spines of the “sail” that the acrocanthosaurus is known for. 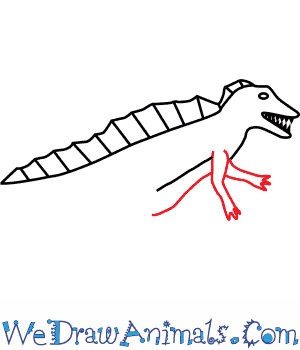 Step 4: Next, draw the front legs, which are short like other large therapods, but not as short as the famous tiny arms of the T-Rex. 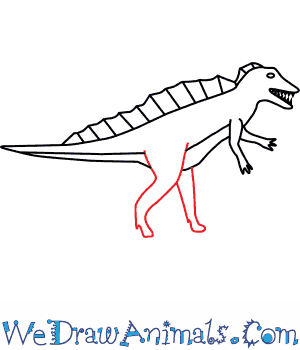 Step 5: Draw the back legs. You may want to break it down into a series of curved lines, bending for the large thighs, knees, shins, and ankles. The feet were large and flat. 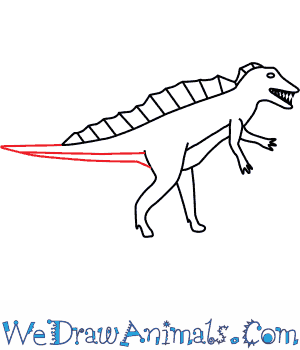 Step 6: Lastly, draw the tail, which will extend further back from where the tall spinal “sail” ends, come to a point, and extend back to the body, to the back of the legs.

Interesting Facts about the ACROCANTHOSAURUS

The Acrocanthosaurus is a member of the dinosaur group and the scientific term for them is A. atokensis. Their Greek name “acro-cantho-saurus” means “high-spine-lizard” in English which refers to the ridge along the length of its body from the top of its neck to the middle of the tail. The term “atokensis” refers to the location of Atoka, Oklahoma in the United States from which the bones are found.

his species lived in central and eastern North America. They were a predator with two legs, two short arms, a very large head, and dozens of big sharp teeth. Adults of this species were the top predators in their geographical region. The inner skull shape suggests that they had the smelling ability of a reptile. 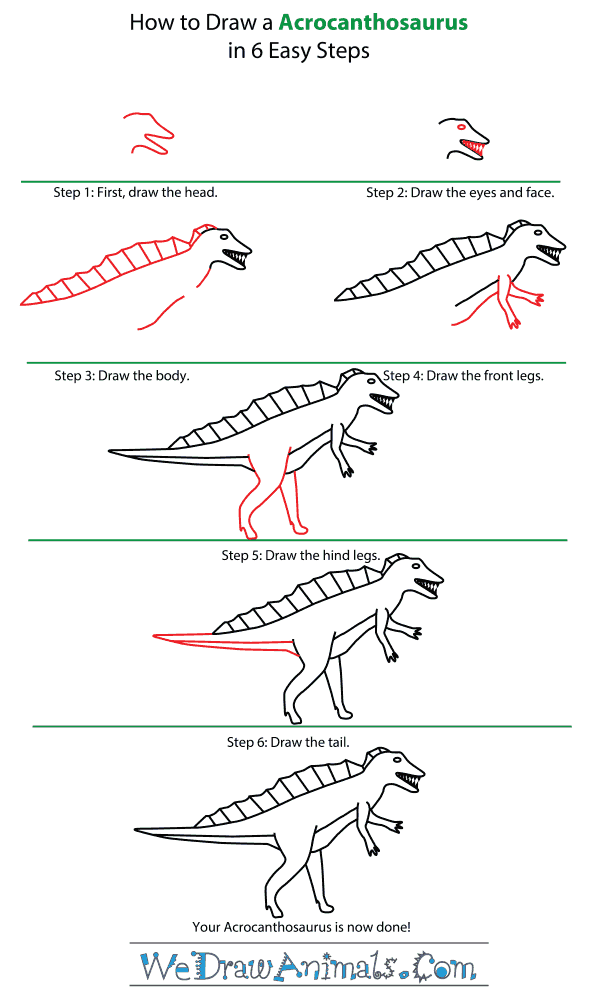 How to Draw an Acrocanthosaurus – Step-by-Step Tutorial