How to Draw a Brittlestar 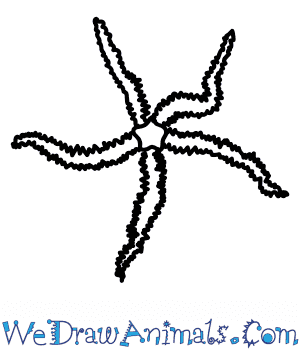 In this quick tutorial you'll learn how to draw a Brittlestar in 6 easy steps - great for kids and novice artists.

At the bottom you can read some interesting facts about the Brittlestar.

How to Draw a Brittlestar - Step-by-Step Tutorial 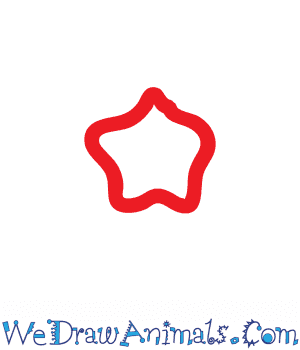 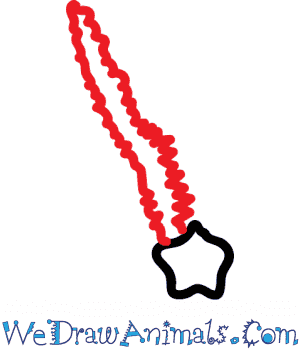 Step 2: Between the first point, draw the first leg 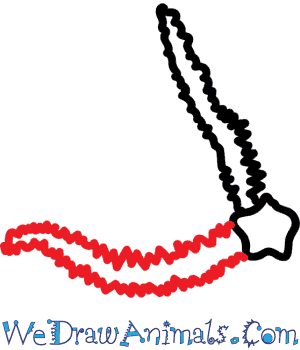 Step 3: Draw another leg next to it (in the next space) and make it more curvy 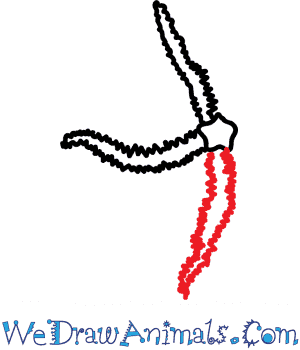 Step 4: Continue on with a third leg 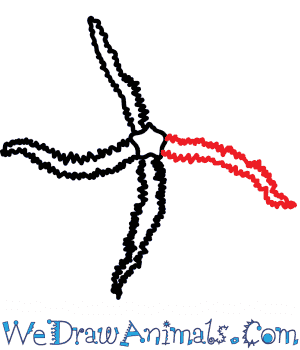 Step 5: The make another leg, keep them curvy! 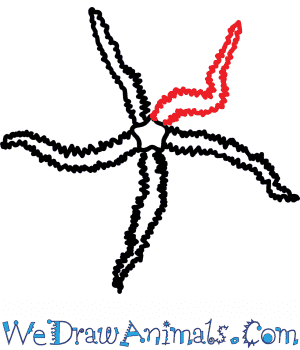 Step 6: Now, draw your final leg in the final space

Interesting Facts about the Brittlestar

Brittlestars are a variant of the starfish. Though the two species are closely related, there are some key differences between a brittlestar and a starfish. The brittlestar has more flexible arms that it uses to crawl across the ocean floor. The common brittlestar is found most frequently near Britain and other parts of Europe, and are also known as “serpent stars” because of the flexibility of their limbs that resemble the movement of snakes. In the center of the body is what is known as a “disc,” from which the five arms extend outward. These arms are about five times as long as the disc itself, which is about one centimeter across. The brittlestar can appear in a wide variety of colors, from purple to grey to red and anywhere in between. Their arms, however, are fairly consistent in their coloring most of the time, as they are usually white or grey in color with pink or reddish markings.

Breeding season occurs between May and January, and it is believed that a brittlestar will only spawn one offspring each season. A week after being born, the brittlestar young will separate from its parent and drift along in bodies of plankton for about three weeks. After this time, it will metamorphose into a young brittlestar, abandoning its larval stage for good. Their unique spines on their arms make it easy for this marine animal to blend in its with natural surroundings, which in addition to the nasty taste of the spines on their arms, help them to avoid being preyed upon by larger creatures. 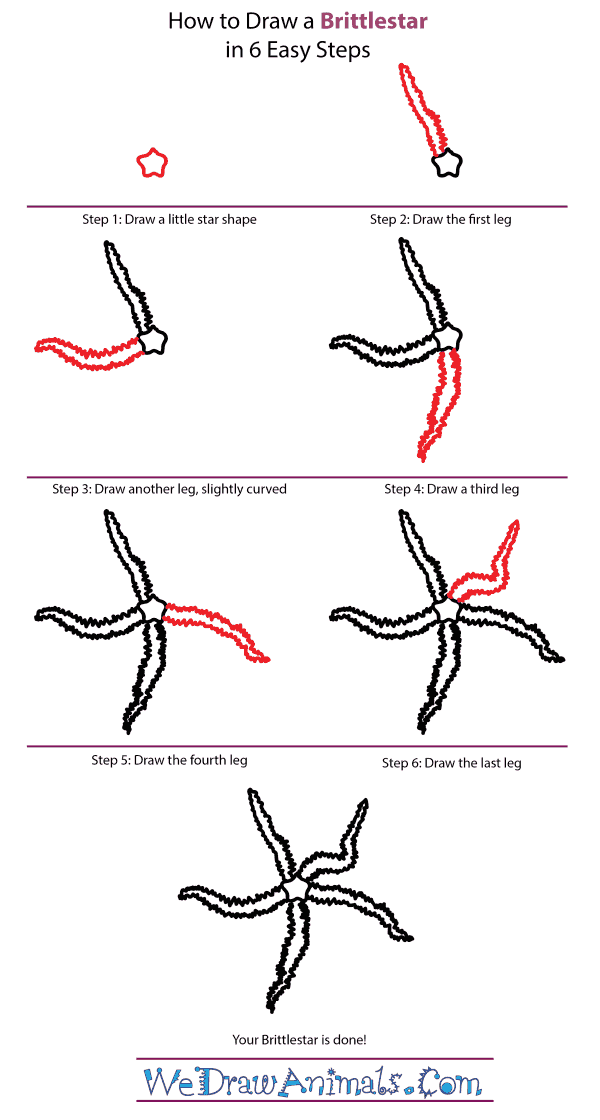 How to Draw a Brittlestar – Step-by-Step Tutorial