How to Draw Magneton Pokemon 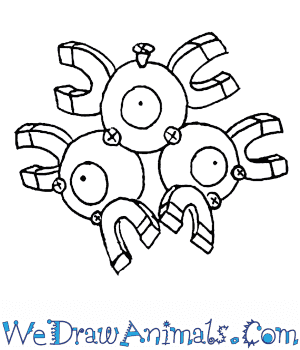 In this quick tutorial you'll learn how to draw Magneton in 6 easy steps - great for kids and novice artists.

At the bottom you can read some interesting facts about the Magneton.

How to Draw Magneton - Step-by-Step Tutorial 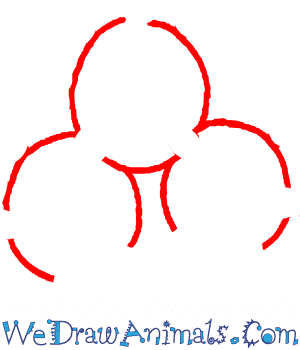 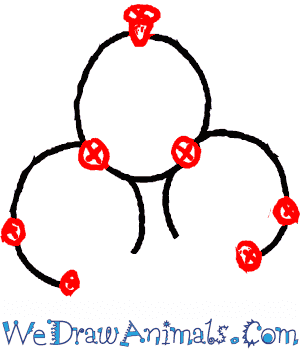 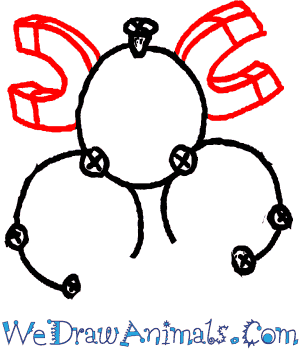 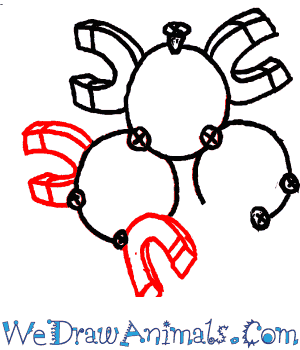 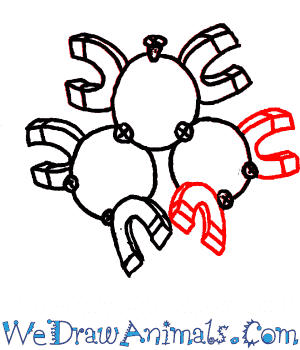 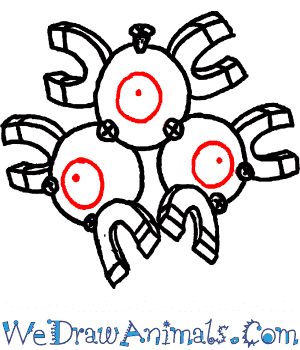 Interesting Facts about the Magneton

Magneton is the evolution of Magnemite, and evolves into Magnezone when leveled up inside of a special kind of magnetic field. This Pokemon consists of three Magnemite that have become stuck together with the force of their own magnetism, but it is possible for a Magnemite to evolve into Magneton if there are no others of its species around. These Magnemite can be linked in several ways, but their usual formation consists of one on top, and two on the bottom of the first one. In 3D games, they are portrayed as not being physically linked at all, instead gravitating near each other in a triangular formation. This magnetism that keeps the three Pokemon together is strong enough to dry up the air and raise the temperature in the air for up to one thousand miles. Like Magnemite, Magneton sustains itself on electrical currents.

Additional Facts about Magneton: Magneton is considered by most people to be a very robotic, modern Pokemon, as its appearance would suggest. But there are signs that this Pokemon has existed for thousands of years, long before the development of human technology as we know it today. Etchings of the Magnaton have been seen carved into the walls of recently discovered ancient ruins. This is really all that is known about the history of this mysterious Pokemon. 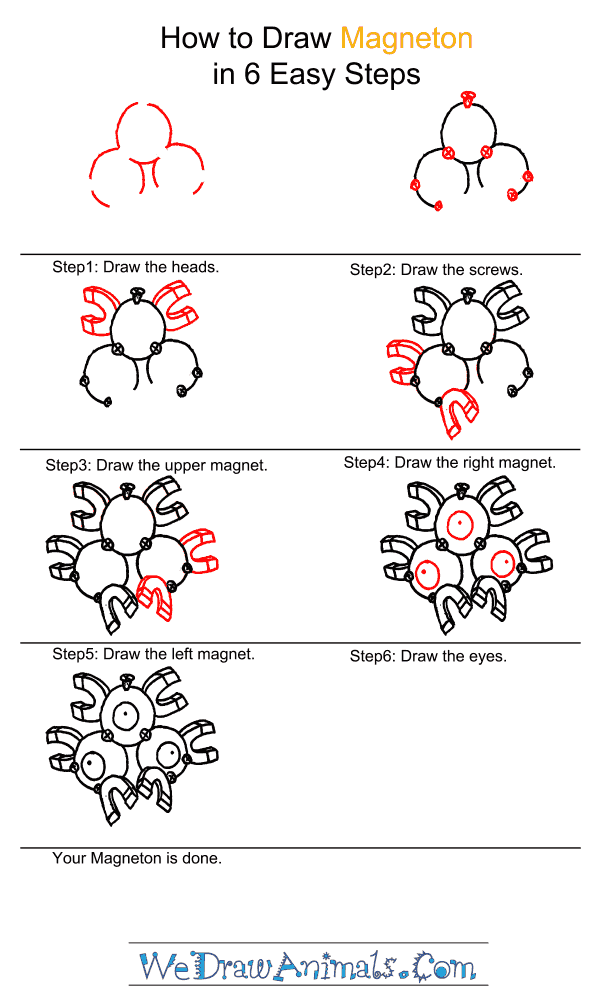 How to Draw Magneton – Step-by-Step Tutorial