How to Draw Magnemite Pokemon 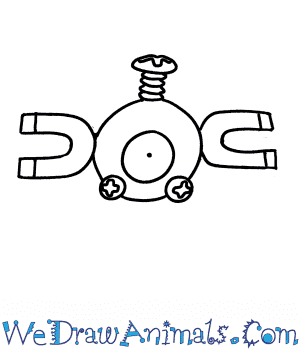 In this quick tutorial you'll learn how to draw Magnemite in 5 easy steps - great for kids and novice artists.

At the bottom you can read some interesting facts about the Magnemite.

How to Draw Magnemite - Step-by-Step Tutorial 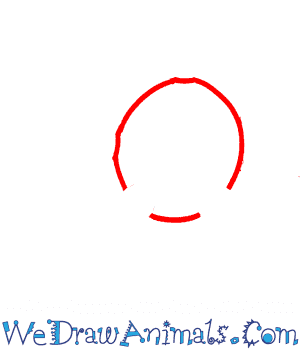 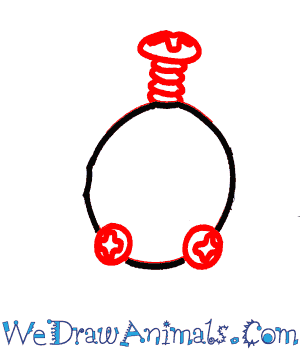 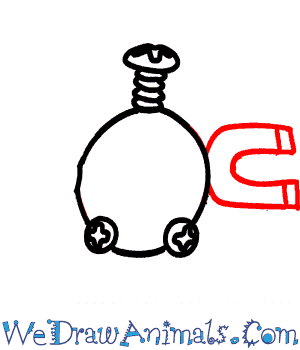 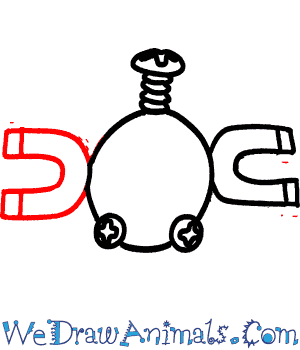 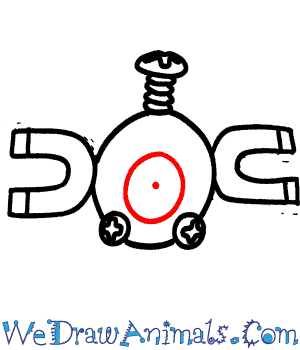 Interesting Facts about the Magnemite

This electric-steel Pokemon seems to behave in a robotic fashion, hovering over the ground to move around and roaming wherever some magnetic force or another takes it. It has a spherical metal body with two horseshoe-shaped magnets on its sides. They’ve only got one eye to see with, and three Phillips Head screws that seem to serve no purpose at all on its body. Despite the fact that this creature seems like an emotionless robot, it has been observed as having feelings. It also reproduces, and displays the need to eat-even though it mainly eats electricity for nourishment. They are found in places with strong magnetic fields, like caves and power plants. Prior to Generation II, this Pokemon was originally classed as electric-type only.

Additional Facts about Magnemite : The Pokemon’s ability to manipulate and generate electromagnetic waves is what gives it the ability to float in the air as if by magic. If their internal workings become broken, then they will not be able to fly anymore and must be repaired before they can ever get back off the ground. Not very much is known about the history of the Magnemite, but researchers are incredibly curious to find out as much as they can about it. The two magnets on the side of Magnemite’s body rotate, and the faster they rotate, the more powerful their electromagnetic force will become. 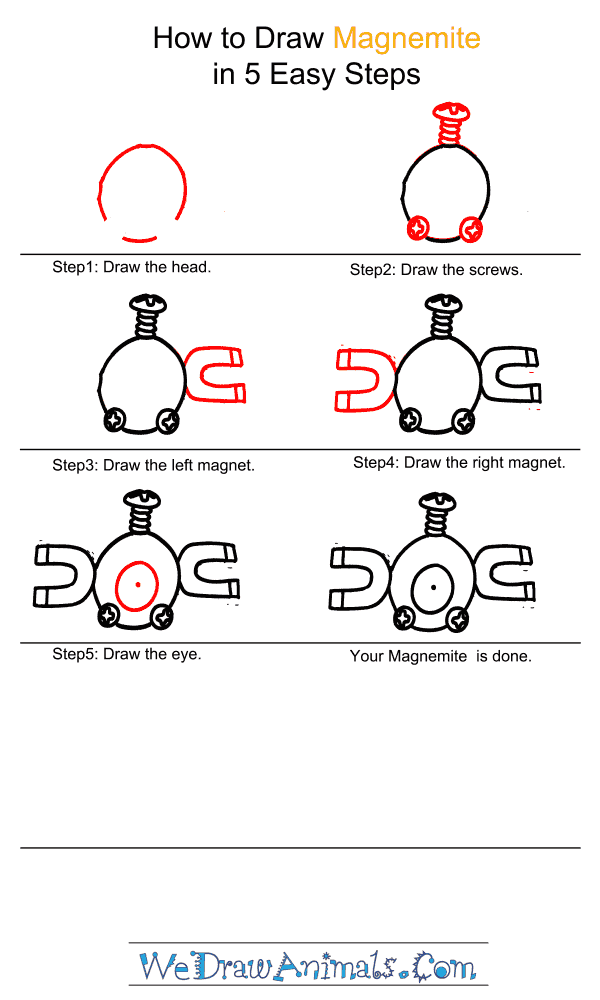 How to Draw Magnemite – Step-by-Step Tutorial