How to Draw a Brown Rat 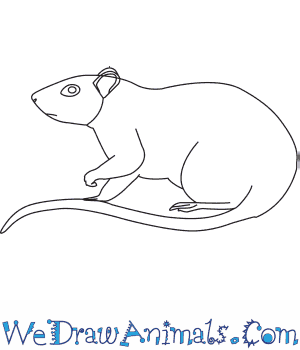 In this quick tutorial you'll learn how to draw a Brown Rat in 6 easy steps - great for kids and novice artists.

At the bottom you can read some interesting facts about the Brown Rat.

How to Draw a Brown Rat - Step-by-Step Tutorial 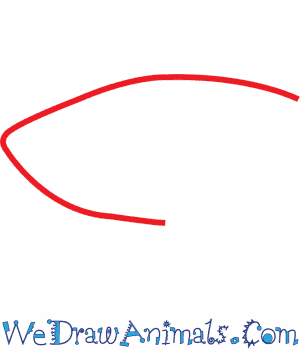 Step 1: To draw the head of this very recognizable rat, make half an oval with a pointed end. 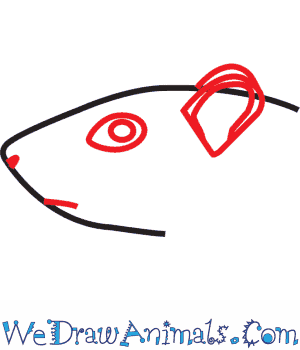 Step 2: Add a nose and mouth near the point. Add the eye and ear slightly farther back. 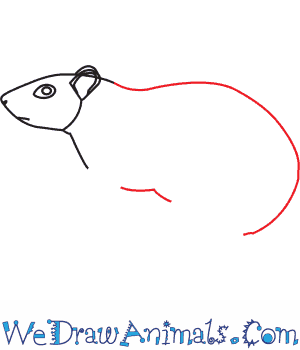 Step 3: The rat's body looks like a big number 8 on its side. Leave space for the legs. 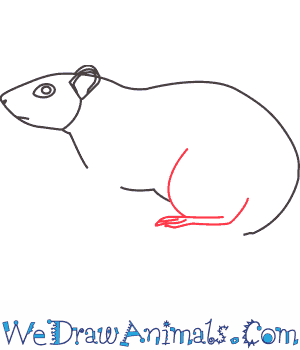 Step 4: Draw a U shape for the hind leg, adding an extra line toward the bottom and adding a foot with toes. 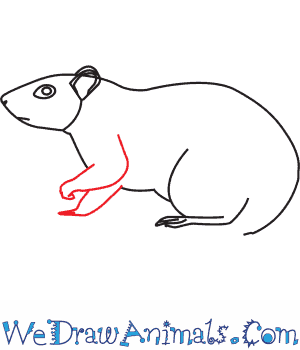 Step 5: Now draw the two front legs. These rats can climb and swim, so their legs are quite strong! 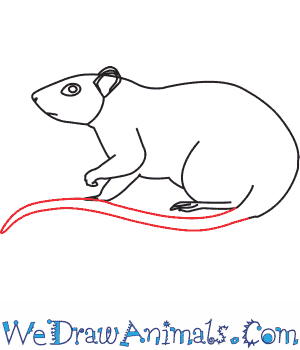 Step 6: Draw a long, thin tail, and you're done with your brown rat. These rats live everywhere humans do. They are brown in color with pink feet and ears.

Interesting Facts about the BROWN RAT

The Brown Rat is a member of the rodent family and the scientific term for them is Rattus norvegicus. Other popular names for this species is common rat, street rat, sewer rat, Hanover rat, Norway rat, brown Norway rat, Norwegian rat, or wharf rat. They originate from China and cover the entire planet except for Antarctica. They are the most successful animal besides humans. Science has modified this species into laboratory specimens and pets.

It is often mistaken for the muskrat, a cat-sized creature. The hearing ability is so great, that they can perceive ultrasound frequencies. Their detection for odor is very advanced, and they can see ultraviolet light. White versions of this animal can see better because of the lack of pigment in its eyes. These animals make ultrasonic noises when having fun, and the sound repels mosquitoes. Teeth grinding is done when stressed. 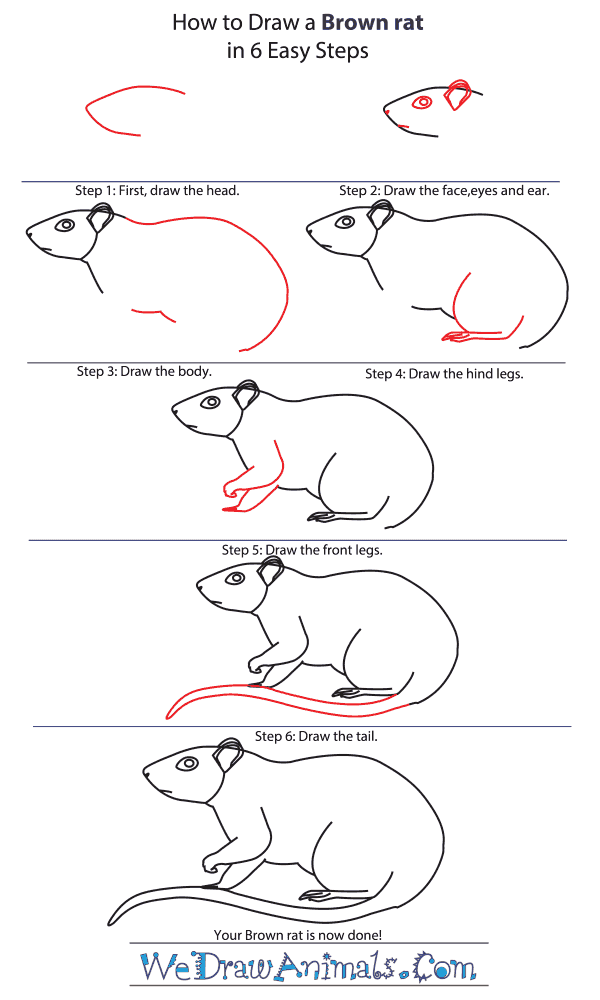 How to Draw a Brown Rat – Step-by-Step Tutorial