How to Draw a Cactus-Finch 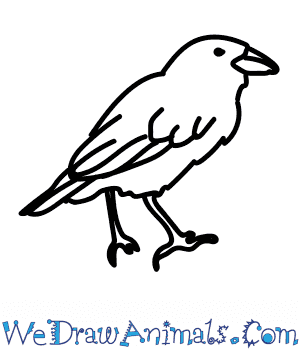 In this quick tutorial you'll learn how to draw a Cactus Finch in 5 easy steps - great for kids and novice artists.

At the bottom you can read some interesting facts about the Cactus Finch.

How to Draw a Cactus Finch - Step-by-Step Tutorial 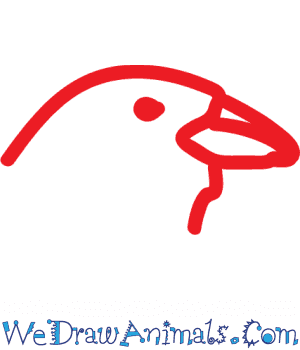 Step 1: Draw the head, eye, and beak of the Finch 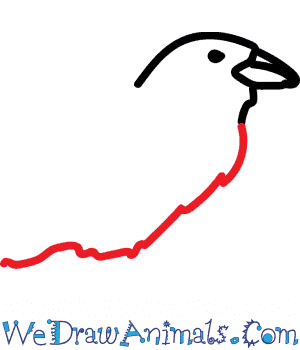 Step 2: Draw a line from the bottom of its beak to creat ethe body. Make it squiggle to look like feathers 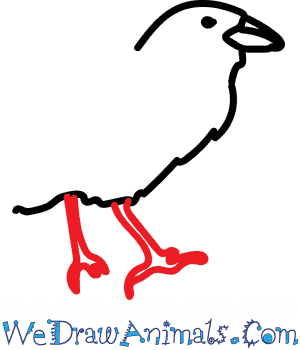 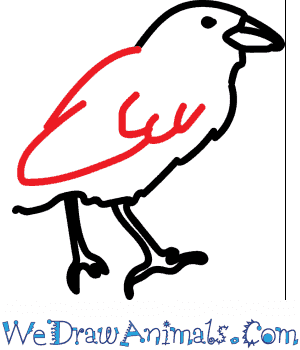 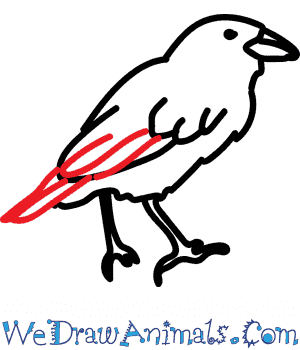 Step 5: Draw a tail extending from the wing. Remember to add feather lines to the wing

Interesting Facts about the Cactus-Finch

The cactus-finch, often known as the common cactus-finch is endemic to the Galapagos Islands, and is considered very common in this region. Their spike-shaped bills are longer than most bills belonging to other species of ground-dwelling finch, wide at the base and gradually getting thinner until it reaches a rather sharp and narrow tip. Unlike many other finch species, the cactus-finch dines on the flowers and seeds of the prickly pear cactus found in dry and arid areas of the Galapagos. It is not uncommon to see them building their nests within the hollow parts of the prickly pear cactus as well. The cactus-finch’s obvious preference for this cactus is what has earned it the name ‘cactus finch.’ Up to thirty-three percent of its diet consists of seeds from this cactus, while the rest is made up of insects and other seeds that forages from the ground. The cactus-finch is a fairly small bird with a wide, black body and grey to white coloring accenting its wings and breast.

Arts and Crafts Activity Notes: On a large sheet of green paper, design a cactus and cut it out carefully. Proceed to hang the paper cactus from a wall or board of some kind, and then distribute copies of the cactus-finch to each participant in the activity. Have them color their bird with crayons, markers or colored pencils, and then carefully cut them out using safety scissors. Additionally, have each participant draw a flower that they will color and cut out in the same way. Have each person, one at a time, fix their flowers and their birds to the cactus to create their own cactus dwelling of resourceful cactus-finches! 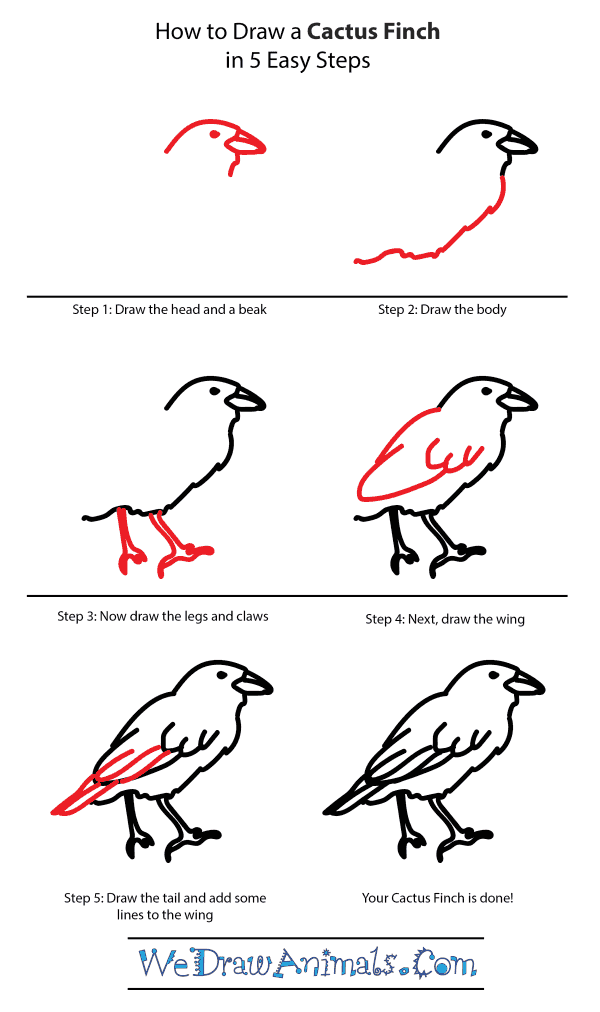 How to Draw a Cactus-Finch – Step-by-Step Tutorial