How to Draw a Capybara 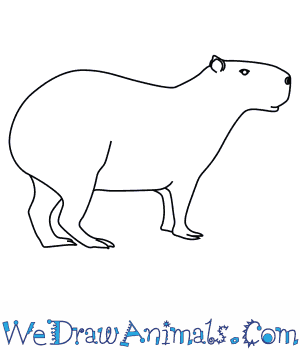 In this quick tutorial you'll learn how to draw a Capybara in 7 easy steps - great for kids and novice artists.

At the bottom you can read some interesting facts about the Capybara.

How to Draw a Capybara - Step-by-Step Tutorial 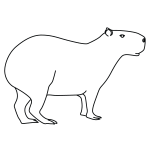 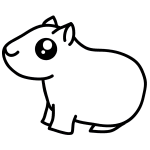 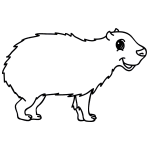 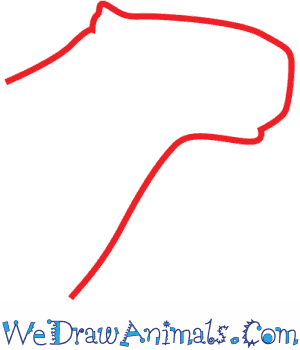 Step 1: Draw the head as shown above, leaving an indent for the mouth and a small bump for the ear. 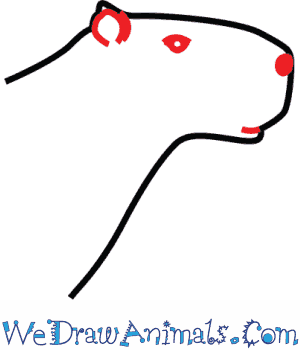 Step 2: Use a tiny oval for the eye, a dot for the nose, and a small line for the mouth. Draw an arch inside the bump on the top of the head to define the ear. 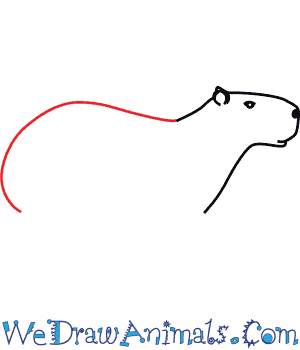 Step 3: Use a large semi-circle coming from the head to make the body, stopping as shown above where the legs will be. 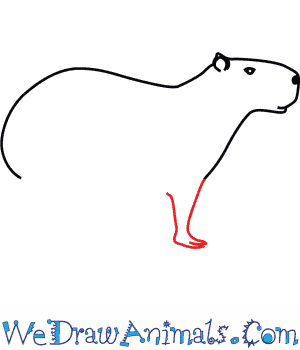 Step 4: Draw the front leg with two lines going down from the body. Curve out for the foot and add a line to separate the toes. 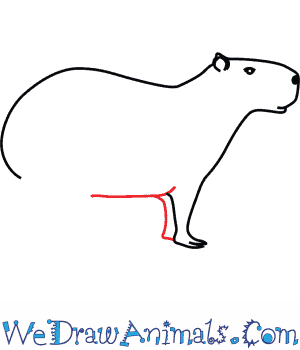 Step 5: Draw the other front leg next, like the first except that the right half will be hidden by the other leg. Then then the bottom part of the body. 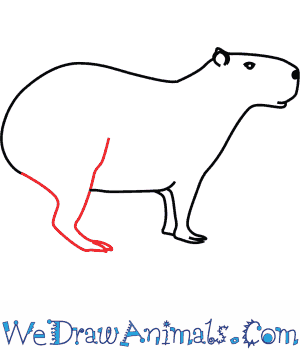 Step 6: Draw the hind leg with bending lines instead of straight lines, and have the foot be slanted diagonally instead of horizontal. Don’t forget to add a few lines for the toes. 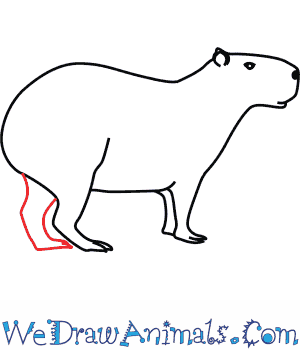 Step 7: Draw the other hind leg like you did the first hind leg, except to the left and without any lines going into the body itself. Your Capybara is now done!

Capybaras are native to South America, and they are also found in southern parts of Central America. Capybaras live near water where there is a lot of vegetation, which is important because they are herbivores (they do not eat meat).

Capybaras take advantage of living by bodies of water. When in danger, they dive into the nearby marsh, lake, swamp, or river. If they keep their nose above the water, they can actually sleep underwater. Their nose and eyes are located at the top of their head so that they can breathe while swimming. Their webbed feet are used to help them swim. Capybaras are capable of staying submerged in water for up to five minutes. 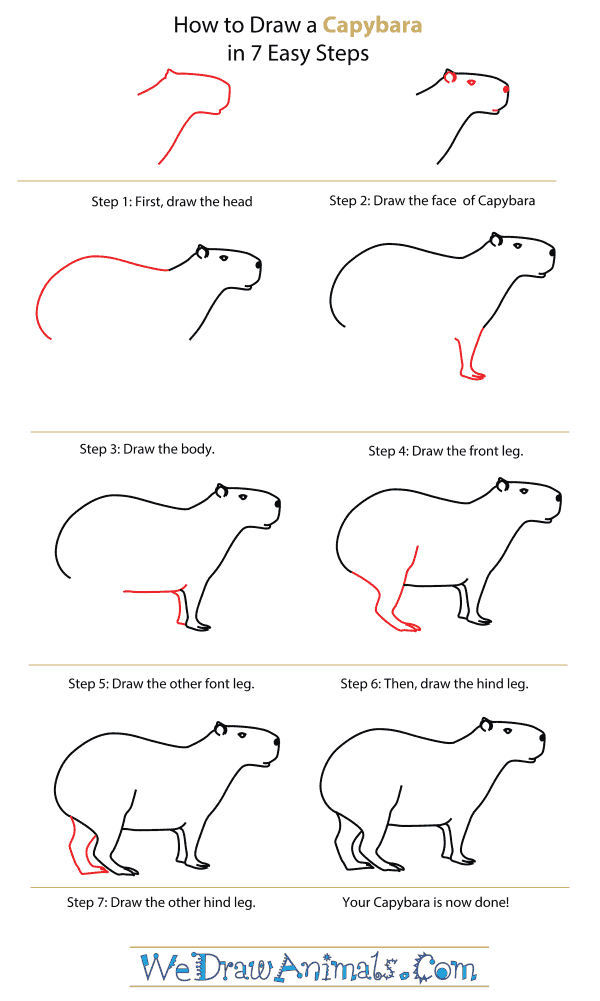 How To Draw A Capybara – Step-By-Step Tutorial