How to Draw a Caracal 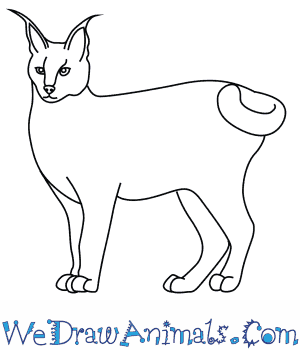 In this quick tutorial you'll learn how to draw a Caracal in 8 easy steps - great for kids and novice artists.

At the bottom you can read some interesting facts about the Caracal.

How to Draw a Caracal - Step-by-Step Tutorial 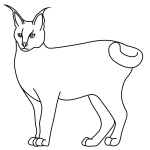 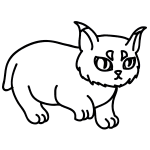 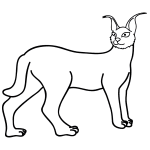 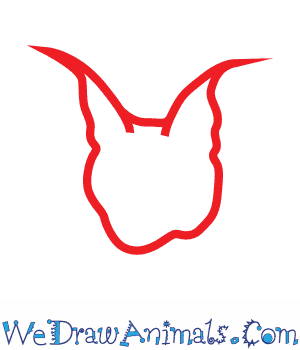 Step 1: For the face, draw a rough and bumpy circle with two triangle shapes coming out of it for ears. 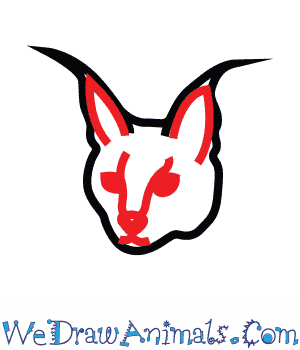 Step 2: Use large dots for the eyes and nose, arches for the inside of the ears, a small line for the mouth. Use two lines to the inside of both eyes to finish making the face. 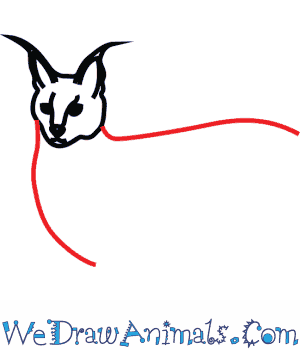 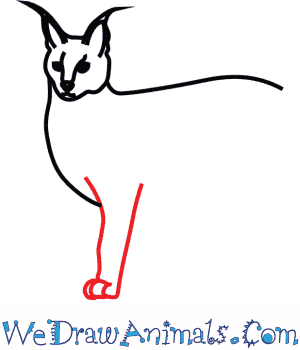 Step 4: Draw the front leg with two vertical lines that meet at a foot. Add lines to make three toes. 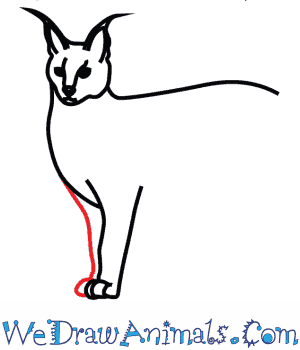 Step 5: Add one more line to draw the other front leg, as some of it will be hidden. 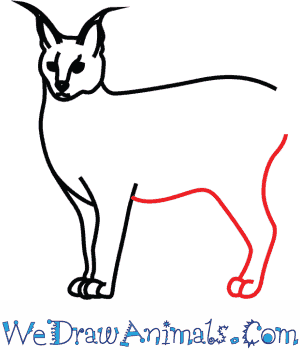 Step 6: Draw the hind leg like the front legs, except this time at an angle so that the foot is facing forward. Also draw the bottom of the body and the back of the body, leaving a gap for the tail. 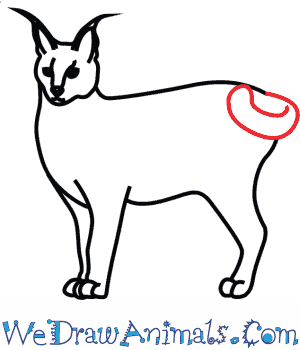 Step 7: Draw the tail so that it twists around over the body. It should be a rounded tail and not a pointy one. 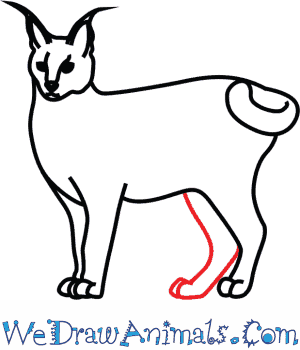 Caracals are wild cats that are native to Africa. They are the largest species of Africa’s small cats. Caracals also live in certain parts of Asia and the Middle East. They live in woodland, savanna, and scrubland habitats.

The word “caracal” comes from the Turkish word “karakulak,” which means “black ear.” Caracals have tufted ears that are indeed black. They also have black markings on their face. Caracals’ fur is reddish brown. They have white fur on their chin, belly, and throat. 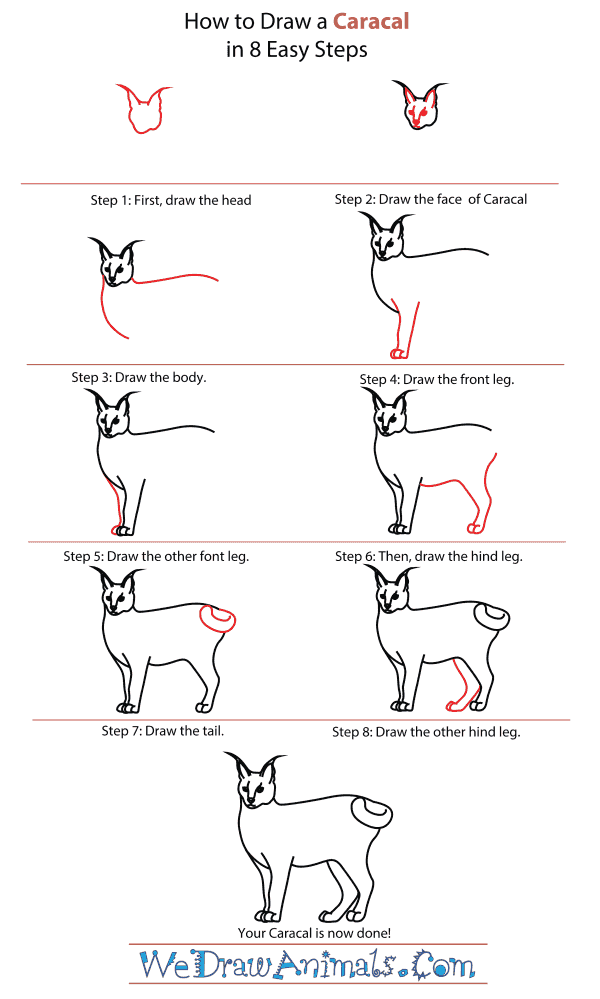 How To Draw A Caracal – Step-By-Step Tutorial