How to Draw a Mallard 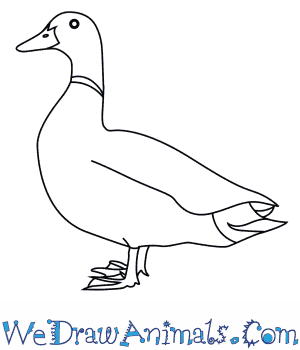 In this quick tutorial you'll learn how to draw a Mallard in 7 easy steps - great for kids and novice artists.

At the bottom you can read some interesting facts about the Mallard.

How to Draw a Mallard - Step-by-Step Tutorial 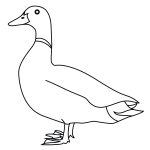 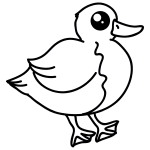 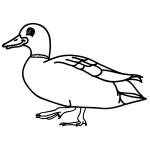 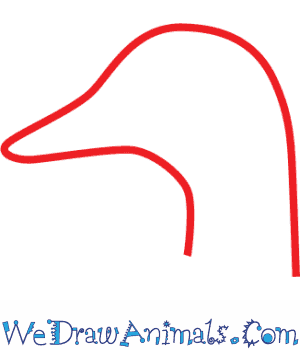 Step 1: Draw the head by using two upside down “u” shapes that meet at the bill. Make sure to make a curve so that the head is defined. 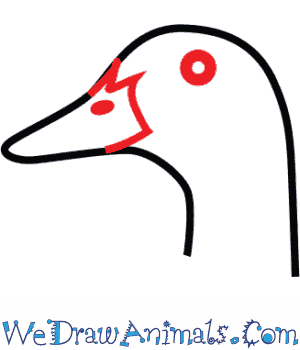 Step 2: Use a circle inside of a circle for the eye, and a dot for the nose. Make the bill with a jagged line like in the picture above. 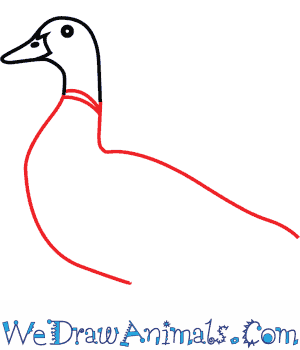 Step 3: Continue from the head to make the body on both the left and right sides. Use two lines to separate the head from the body. Make the back straighter than the left side. 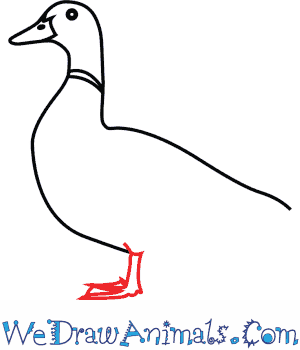 Step 4: Draw the leg with two lines coming from the body and changing direction into the foot. Use some other lines to add the webbing to the feet. 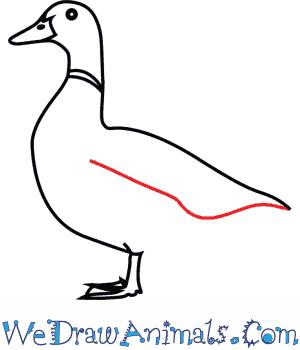 Step 5: Draw the wings by drawing a line that is straight with one wave and ends where you finished drawing the body. 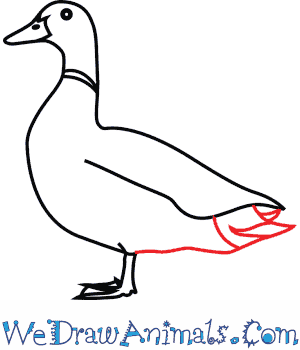 Step 6: Draw the tail by placing a diamond shape over a rhombus (think of a tilted square). Connect this to the rest of the body, and add a triangle to the right of the rhombus. 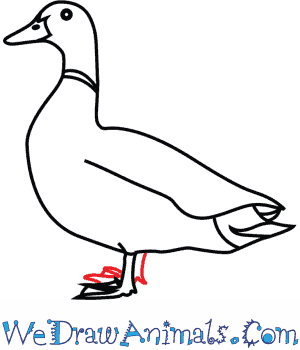 Step 7: Draw the other leg just like the first, except with parts hidden by the other leg. Your Mallard is now done!

Mallards are ducks that live throughout North America, Europe, and Asia. They also live in Australia, New Zealand, and Central America. Mallards are very common ducks; there are more than 10 million of them just in North America.

Hens lay about 10 eggs at a time. These eggs are light green in color. They hatch after about 30 days. Baby mallards, called ducklings, can swim, waddle, and find food by themselves just within hours of hatching from their eggs. Once their mothers lead them to water, mallard ducklings do not return to their nests. After about two months, ducklings are able to fly. 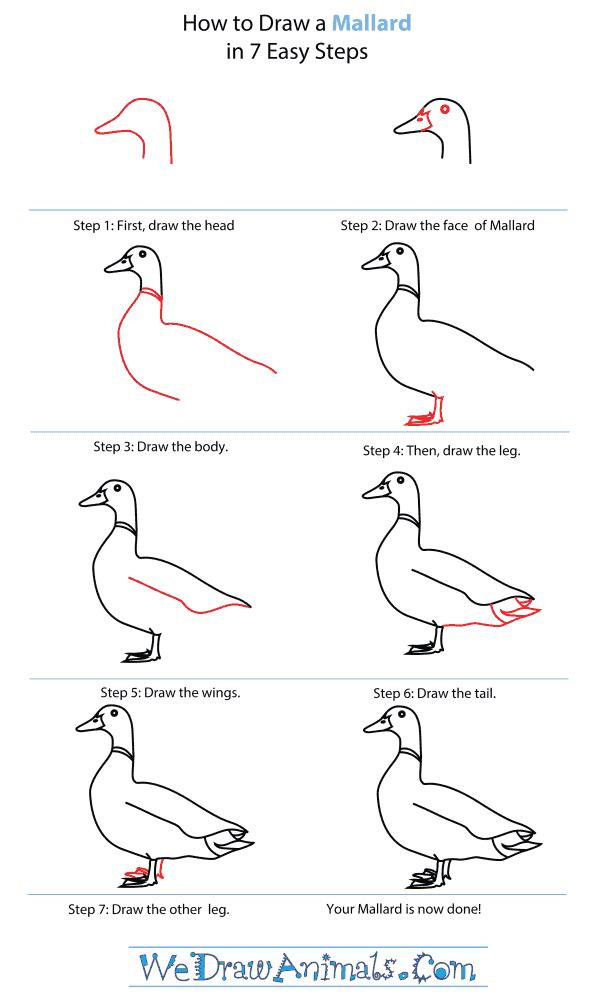 How To Draw A Mallard – Step-By-Step Tutorial