How to Draw a Carpet Python 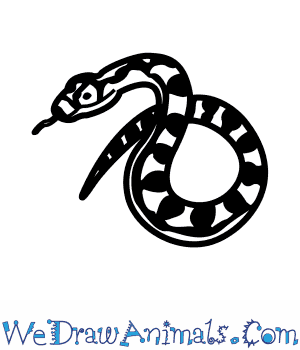 In this quick tutorial you'll learn how to draw a Carpet Python in 3 easy steps - great for kids and novice artists.

At the bottom you can read some interesting facts about the Carpet Python.

How to Draw a Carpet Python - Step-by-Step Tutorial 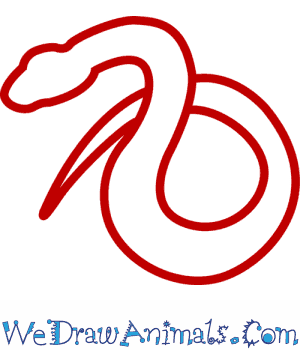 Step 1: Draw an oval for the head. Draw a long, backwards S-shape connected to the head. Make another S-shape just like it next to the first one, and connect the two ends into a point. 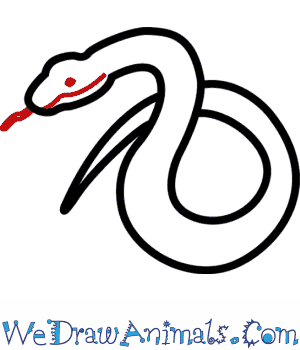 Step 2: On the head, draw a dot with a long line underneath it for the face. Add a wiggly line coming out of the mouth for the tongue. 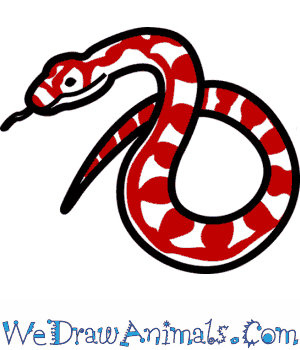 Step 3: Draw the patterns on the head and body. Carpet pythons have all sorts of designs, but they usually have diamond shapes and stripes. You are done! Carpet pythons have very different colorings, from white and brown stripes on a grey body, to a black body with white and gold marking. Female carpet pythons are generally larger, and can get up to four times bigger than the males. These snakes can be found throughout Australia, Indonesia, and New Guinea, but they can survive in lots of different habitats, from rainforests to deserts. Pet carpet pythons typically live 15-20 years.

Interesting Facts about the Carpet python

The carpet python is a type of large snake that can be found in Australia and New Guinea. The adult carpet python normally won’t grow larger than 2m but some have been recorded to grow to 2.5m. The body of this snake is known for being very robust but the coloration of this snake varies greatly from a range between very pale to dark brown as well as olive greens or even gray or reddish browns with dark spots of color. 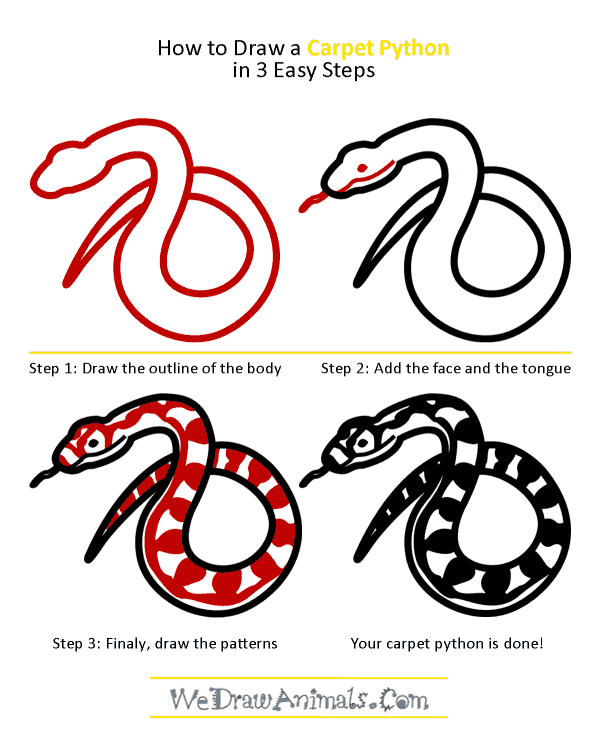 How to Draw a Carpet Python – Step-by-Step Tutorial

Next post: How to Draw an Eastern Box Turtle