How to Draw a Cartoon Raven 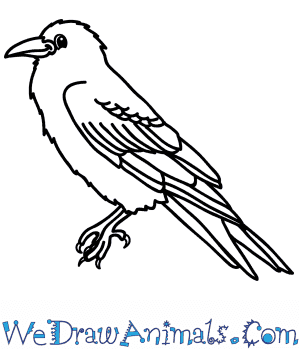 In this quick tutorial you'll learn how to draw a Cartoon Raven in 6 easy steps - great for kids and novice artists.

At the bottom you can read some interesting facts about the Cartoon Raven.

How to Draw a Cartoon Raven - Step-by-Step Tutorial 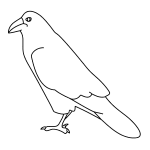 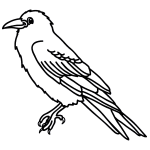 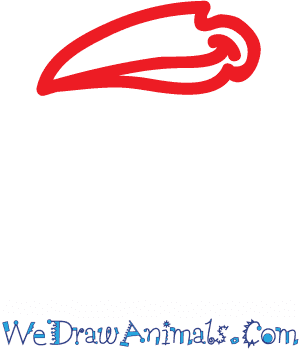 Step 1: Begin by drawing the beak as a thin curving triangle with the point facing to the left. Draw a curving line across the middle and a small loop on the wider edge of the beak. 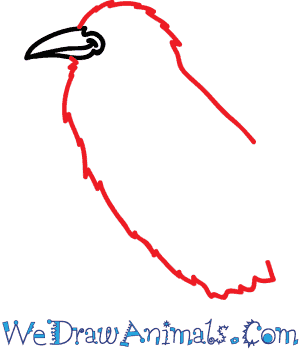 Step 2: Next you'll add in the body. Draw a fuzzy curve from the bottom of the beak downward diagonally for the belly. Next, add in a diagonal line with a hook connecting to the top edge of the beak for the head, making sure it is not as long as the curve for the belly so that there is space for the tail feathers. 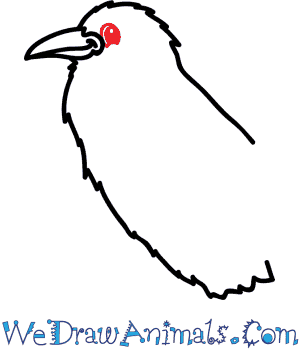 Step 3: Draw the eye in next. Draw a small circle right next to the beak on the right side. 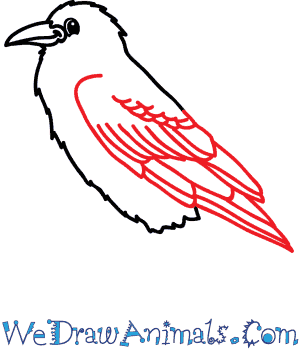 Step 4: Next, you'll draw in the wing. Start with a curve a little below the eye that extends diagonally down and to the right followed by a line extending from the back and meeting it to form the back edge of the wing. Draw several vertical curving lines across the middle of the wing and connect them using a wavy line from left to right and then more curving diagonal lines to form the larger feathers near the wing tip. Draw in several small curves above the first set of lines for the smaller feathers near the front edge of the wing. 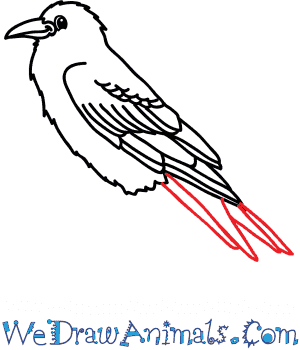 Step 5: Draw in several thin, pointed loops extending diagonally downward and to the right under the wing for the tail feathers. 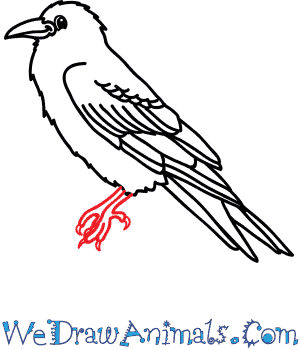 Step 6: Finally, you'll draw the thin legs and feet with their long toes. Draw three curved lines extending downward diagonally to the left and then add in several smaller curved lines connecting to the longer curves and meeting about halfway up the legs to form the toes. Add some tiny curves on the end of the toes for the claws. 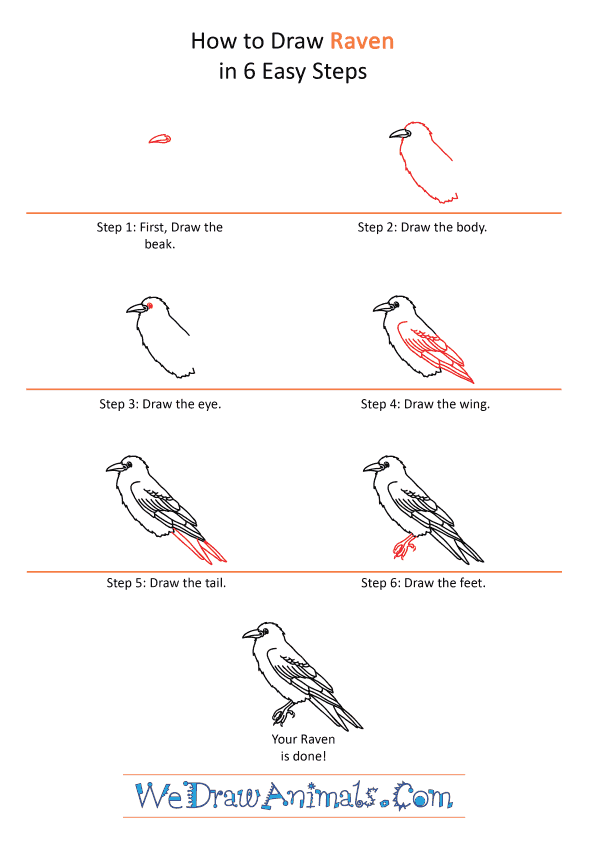 How to Draw a Cartoon Raven – Step-by-Step Tutorial