How to Draw a Cartoon Quokka 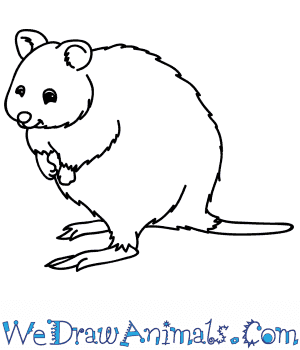 In this quick tutorial you'll learn how to draw a Cartoon Quokka in 7 easy steps - great for kids and novice artists.

At the bottom you can read some interesting facts about the Cartoon Quokka.

How to Draw a Cartoon Quokka - Step-by-Step Tutorial 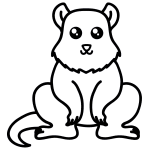 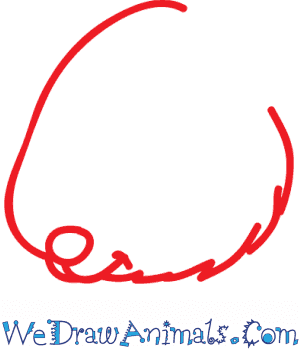 Step 1: Draw a diagonal curve with a rounded triangle at the bottom and another fuzzy horizontal line that curves upward leaving a space between the the top curve and bottom. 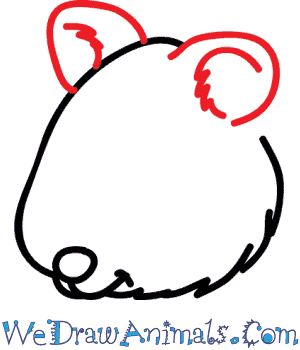 Step 2: Next, draw in two loops, one in the space connected to the top curve and the other on top of the top curve. Add in curves inside both ears for detail. 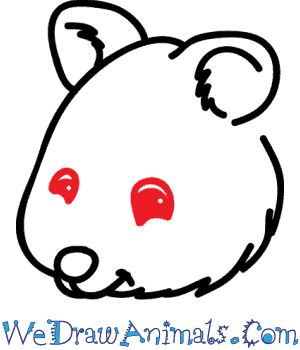 Step 3: Next, draw the eyes. Draw in two circles, the left one smaller than the other, above and on each side of the nose and just below the center of the head. 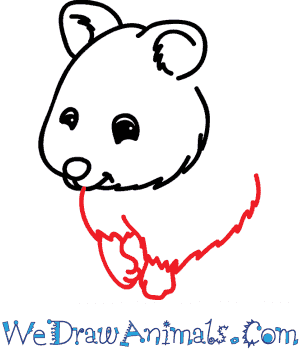 Step 4: Draw the front legs and chest area next. Start with a fuzzy “W” shape with an elongated right side. Draw a curving loop with tiny curves at the bottom on the left side and a small loop on the right side for the other front paw. 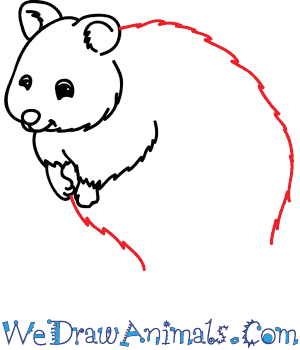 Step 5: Now you'll draw the body with fuzzy curves extending from the ear on the right side and from in between the front paws diagonally towards the center. 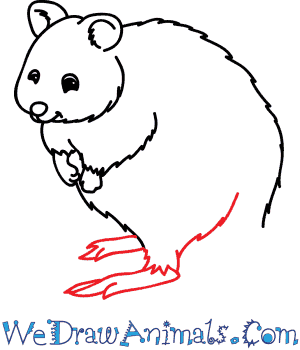 Step 6: Next is the back legs and paws. Draw a line curving horizontal from the belly to form the foot with long curves for toes and bending back up vertically to form the lower part of the leg and a diagonal curve toward the back. 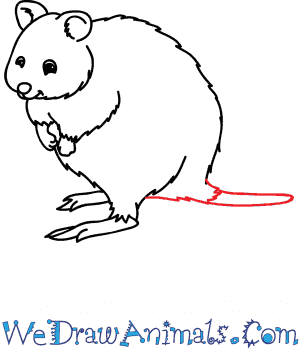 Step 7: Finally, you'll draw the tail. Start by drawing a fuzzy line extending horizontal from the curve on the leg and looping around to connect to the back. Add in a fuzzy line nearly vertically across the tail just to the right of where it connects into the body. 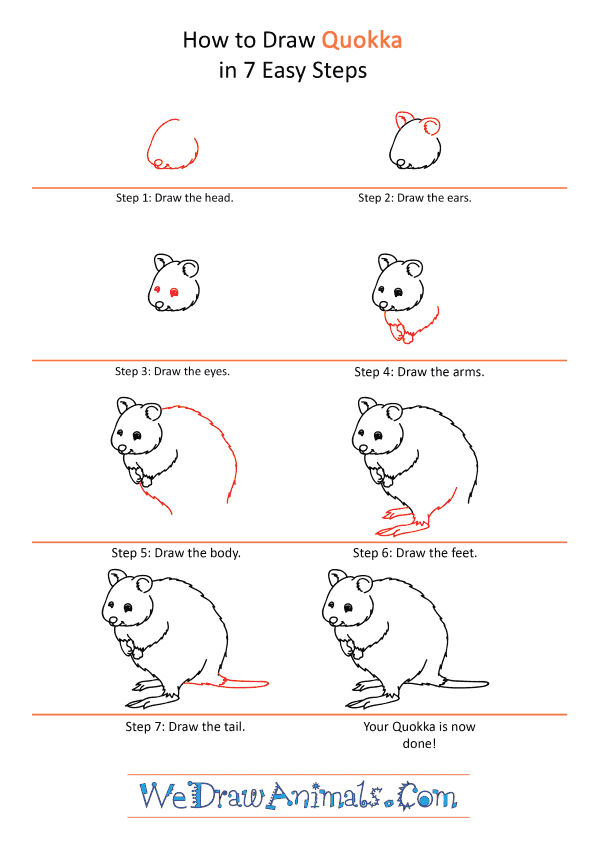 How to Draw a Cartoon Quokka – Step-by-Step Tutorial