How to Draw a Quokka 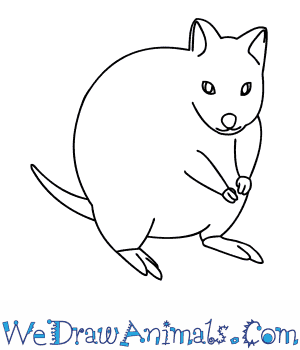 In this quick tutorial you'll learn how to draw a Quokka in 10 easy steps - great for kids and novice artists.

At the bottom you can read some interesting facts about the Quokka.

How to Draw a Quokka - Step-by-Step Tutorial 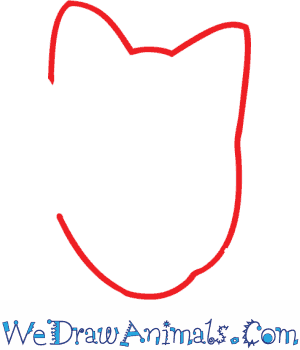 Step 1: The quokka is a small marsupial, and looks like a tiny rat-like version of a kangaroo or wallaby. They live in Australia and can climb trees. Like other marsupials, they carry their babies in pouches. To draw a quokka, start by drawing its head. It has a cat like face, with large pointy ears and a round face. 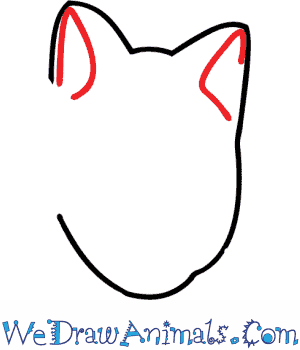 Step 2: Add some lines to detail the ears. 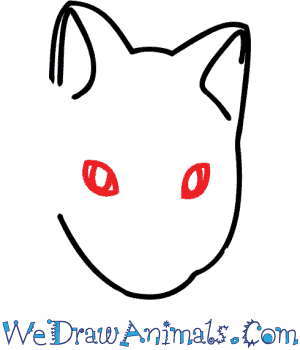 Step 3: Then, add two almond shapes to create the eyes. 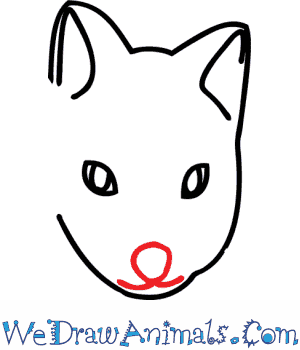 Step 4: Make a circle for the nose, and add a line for the mouth. 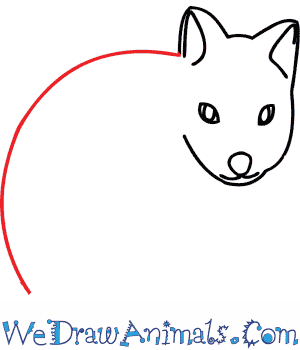 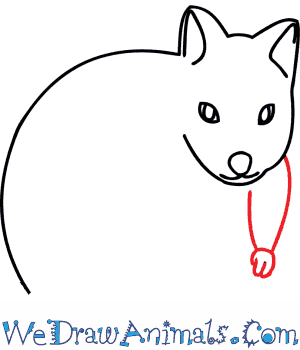 Step 6: Next, draw one of his arms by creating an oval like shape. Add a paw at the end. 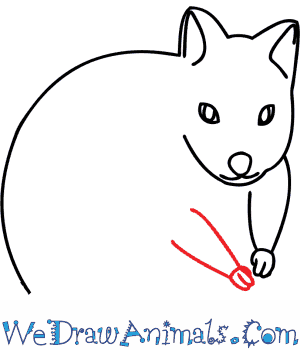 Step 7: Draw the other arm by repeating the process. 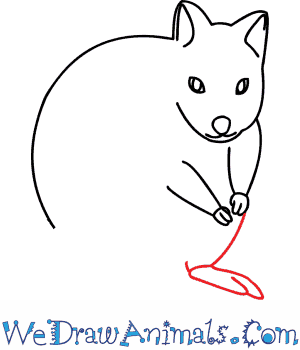 Step 8: Add a leg and a large foot. Quokkas have big feet like kangaroos. 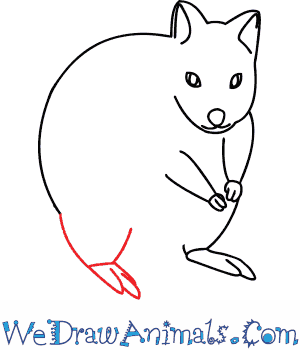 Step 9: Draw another leg on the other side, making sure to draw the three toes on the large foot. 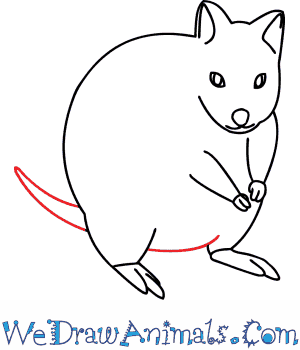 Step 10: Finally, add a short curved line for the quokka’s belly, and add a tail. While his tail may seem small, it is strong and helps him keep his balance, when he climbs trees to search for food. The quokka is a mottled brown color.

Interesting Facts about the Quokka

The quokka is a small, brown macropod that is around the same size as a house cat: weighing between 2.5 to 5 kilograms and between 40 and 90 centimeters long. A macropod is a type of animal that includes other animals such as kangaroos and wallabies. The word macropod in Greek means “long foot” which fits these animals well since most of them have longer, very strong back legs and feet. Another characteristic of macropods is that they all have small heads in relation to the rest of their bodies.

The quokka is considered to be classified as vulnerable, in reference to their population. Since quokka only have a litter of one at a time, which is often at risk from predators, population growth is difficult. However, people are making attempts to keep these animals safe to avoid extinction!

How to Draw a Quokka – Step-By-Step Tutorial

Next post: How to Draw a Rabb’s Fringe-Limbed Treefrog