How to Draw an Oyster 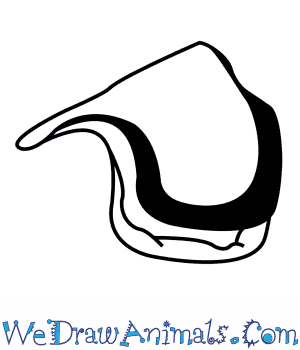 In this quick tutorial you'll learn how to draw an Oyster in 4 easy steps - great for kids and novice artists.

At the bottom you can read some interesting facts about the Oyster.

How to Draw an Oyster - Step-by-Step Tutorial 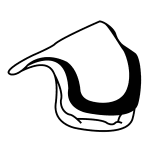 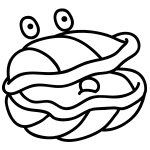 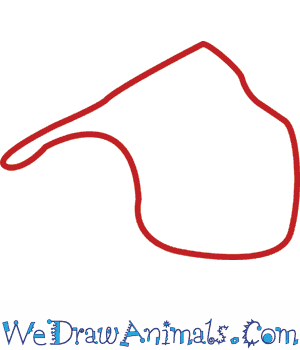 Step 1: Oysters are a type of ocean creature known as mollusks. A mollusk is a type of animal that does not have a spine and lives in a shell. There are many types of oysters in the ocean. They have a tough outer shell made of calcium and the soft inside is the animal itself. Some people like to eat them! Have you ever eaten an oyster? Would you like to eat one? To draw an oyster, draw a shape that looks like a flag with a pole. This is the top shell of the oyster. Oysters have a very irregular shape. 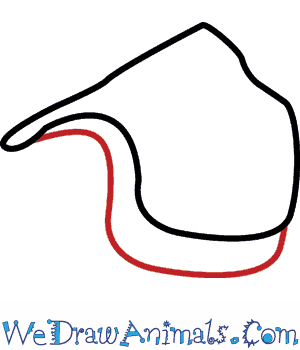 Step 2: Draw a line long the bottom of the top shell. 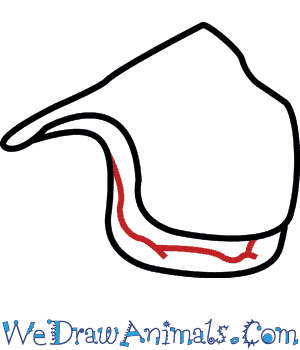 Step 3: Now add a squiggly line to create the soft animal that lives in the shell. 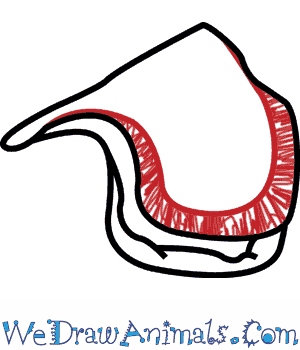 Step 4: Add a thick stripe along the inside of the top shell. And you’re done! Sometimes, when a piece of sand or debris gets inside an oyster shell, the oyster produces a special enzyme that turns the sand into a pearl. These are then harvested to make pearl jewelry!

Interesting Facts about the Oyster

Oysters are something called mollusks, and they grow in the ocean! You might know of oysters as something that people eat, there are actually over fifty different types of oysters, and only some of them are able to be eaten by people. Oysters have a soft body, that’s the part that we eat, so they have strong shells on the outside that protect them, which is made of calcium.

Remember, the world is your oyster!

How to Draw an Oyster – Step-by-Step Tutorial 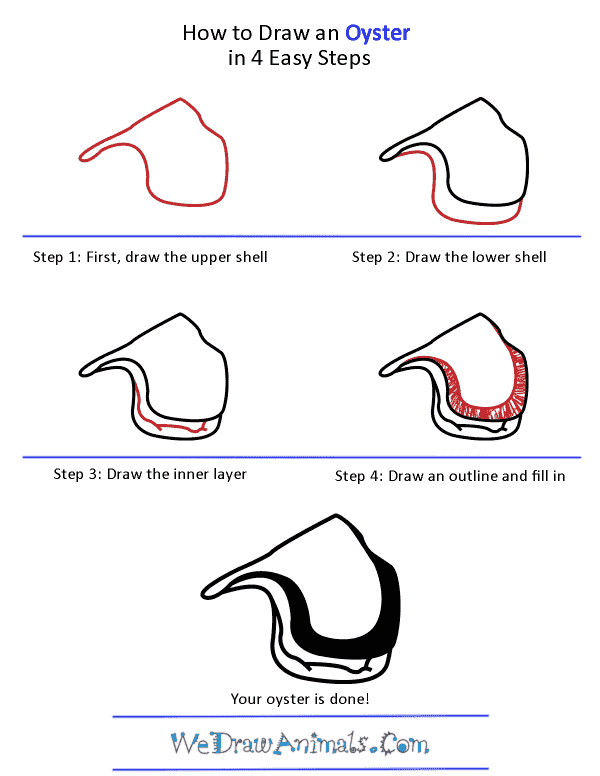 How to Draw an Oyster – Step-By-Step Tutorial