How to Draw a Chital 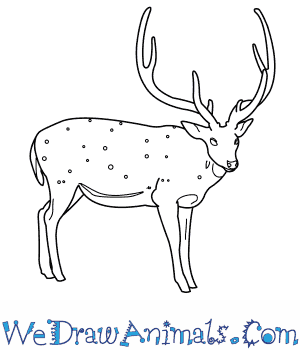 In this quick tutorial you'll learn how to draw a Chital in 9 easy steps - great for kids and novice artists.

At the bottom you can read some interesting facts about the Chital.

How to Draw a Chital - Step-by-Step Tutorial 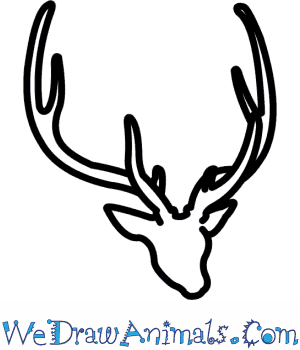 Step 1: First, draw the head of the Chital using a big conical shape. Leave some blank space for the antlers and then draw two smaller conical shapes for the ears. Draw the branched antlers using curved lines. 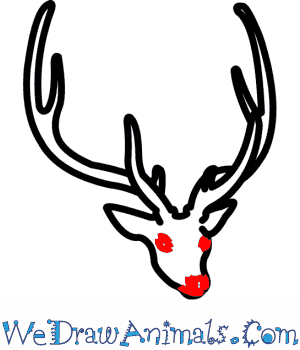 Step 2: Draw two ovals for the eyes of the Chital. Draw a heart shape for the nose and fill it in. 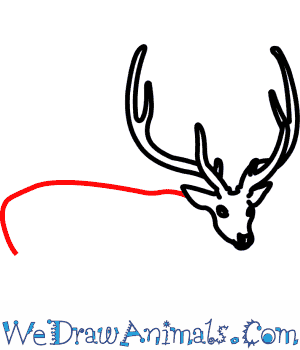 Step 3: Draw a straight line for the Chital's back. End the line in a curve. 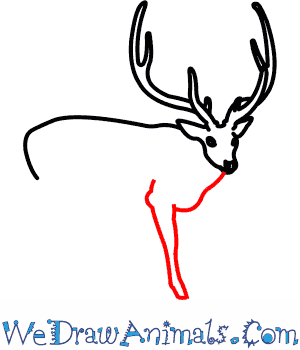 Step 4: Draw a gently curved line for the chest of the Chital. Then, draw the right, front leg using gently slanting lines and then draw the pointed hoof. Make the leg narrower at the foot and wider at the top. 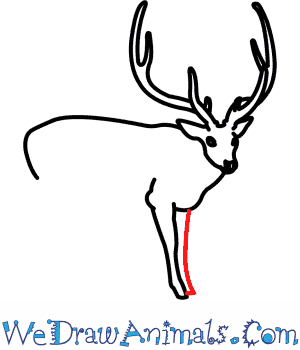 Step 5: Draw a gently curved line behind the front leg. Add the pointed hoof to complete the left, front leg. 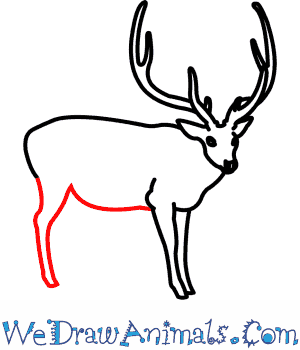 Step 6: From the right, front leg, draw a curved line for the belly of the Chital. Then, draw the outline of the right, hind leg using curved lines. 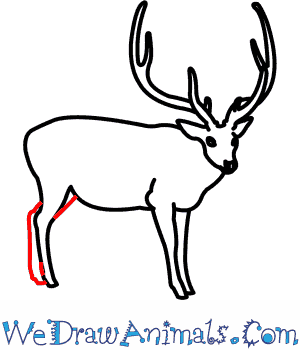 Step 7: Using curved lines, draw the outline of the other hind leg. Draw just the lower part of the leg to make your drawing seem more realistic. 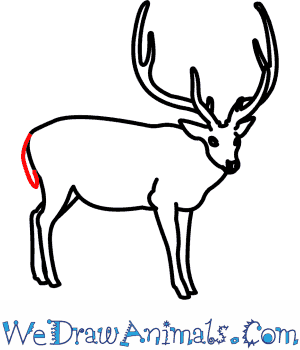 Step 8: For the Chital's tail, draw a curved line at the back of its body. 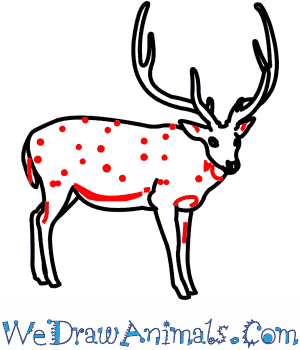 The Chital is a species of deer that lives in India, Nepal, Bhutan, Bangladesh and Sri Lanka. It is fawn-colored with white spots. The male Chital has antlers that swoop out and then in towards each other, resembling the shape of a lyre. The average shoulder height of a Chital is about ninety centimeters, and males can weigh up to seventy-five kilograms.

The Chital is not in danger of extinction at this time. The International Union for the Conservation of Nature (IUCN) categorizes the Chital as a species of “least concern.” The Chital is numerous enough and lives in enough protected areas that there is currently no threat to its survival as a species.

How to Draw a Chital – Step-by-Step Tutorial

Next post: How to Draw Taz From Looney Tunes

Previous post: How to Draw Gumball From The Amazing World Of Gumball