How to Draw Taz From Looney Tunes 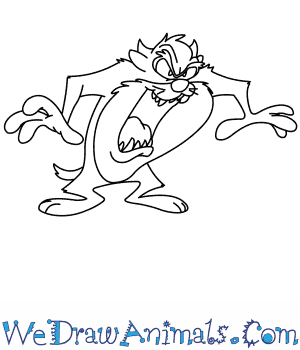 In this quick tutorial you'll learn how to draw Taz From Looney Tunes in 8 easy steps - great for kids and novice artists.

At the bottom you can read some interesting facts about the Taz From Looney Tunes.

How to Draw Taz From Looney Tunes - Step-by-Step Tutorial 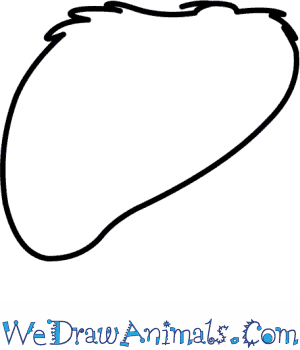 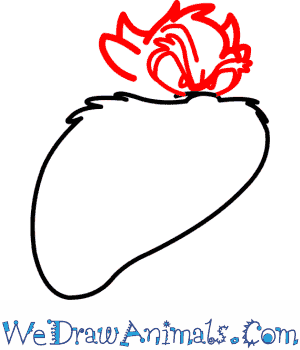 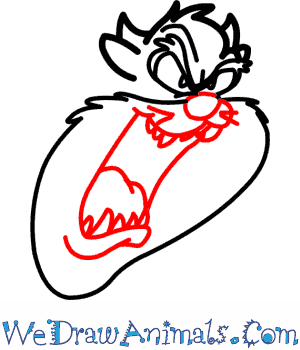 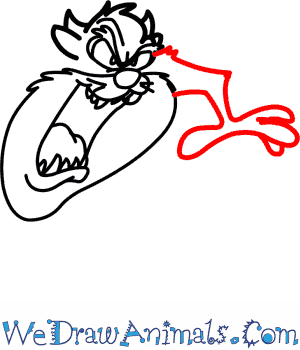 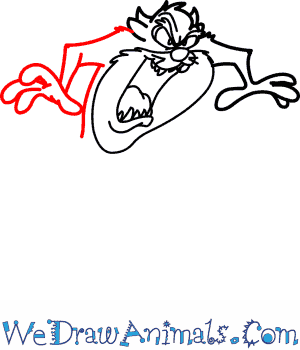 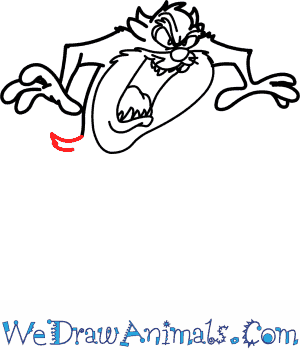 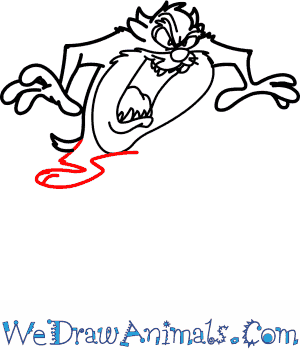 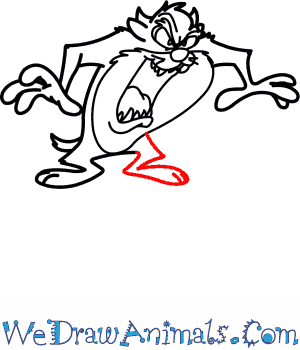 Taz the Tasmanian Devil first appeared in the “Looney Tunes” episode “Devil May Hare”, alongside Bugs Bunny, in 1954. Taz is typically shown whirling around in a miniature hurricane that can devour anything in its path. He is usually shown as dim-witted but an unstoppable force, other characters only being able to stop him by confusing or somehow out-witting him. Taz usually speaks in “Taz-Speak”, strange babbling noises that no one can understand.

Taz has very little in common with real Tasmanian Devils, aside from the fact they both are ravenous eaters. However, the character does have many references to other things; he whirls like a “Dust Devil” and his fur is shaped like devil horns. 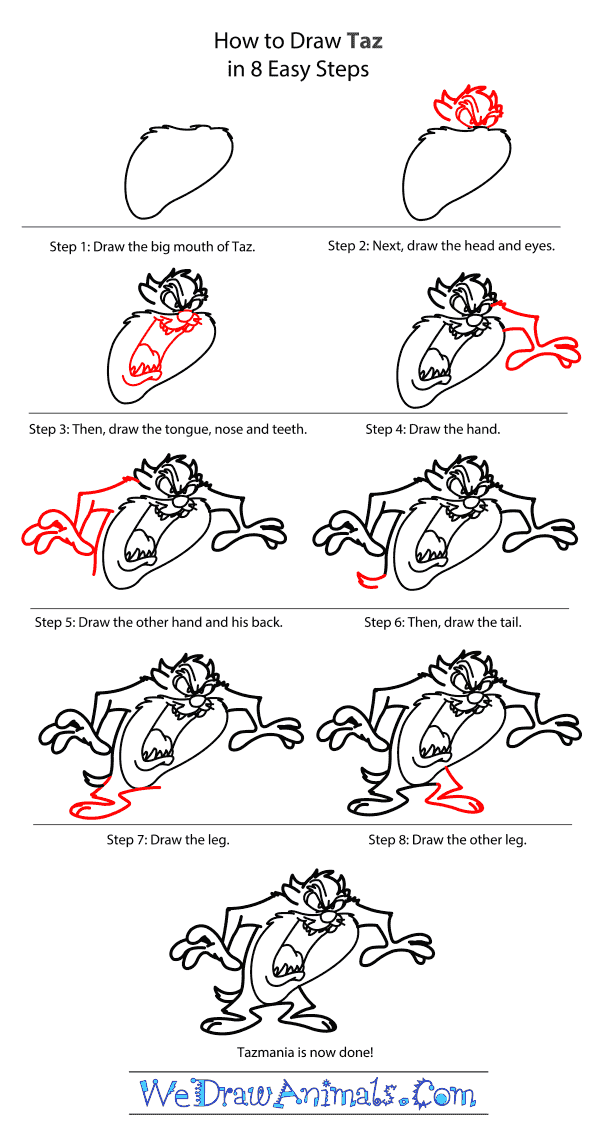 How to Draw Taz From Looney Tunes – Step-by-Step Tutorial

Next post: How to Draw Princess Cadence From My Little Pony