How to Draw a Coelophysis 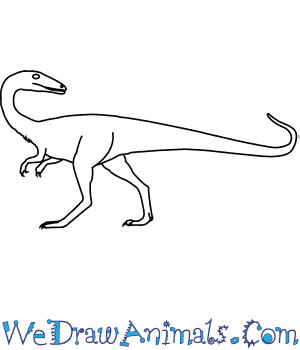 In this quick tutorial you'll learn how to draw a Coelophysis in 6 easy steps - great for kids and novice artists.

At the bottom you can read some interesting facts about the Coelophysis.

How to Draw a Coelophysis - Step-by-Step Tutorial 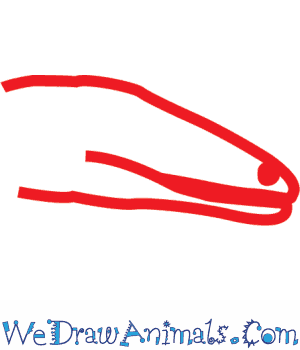 Step 1: First, draw the head and face. Coelophysis had a long, small, flat head, almost like a turtle’s or a bird with a bill. Don’t forget the long line for the mouth, which could open very wide, and the nostril. 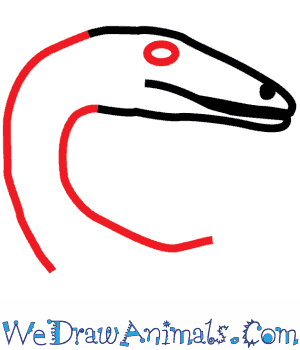 Step 2: Draw the eyes and neck, with a large circle for the eye and a thin, curved neck, like a goose’s. 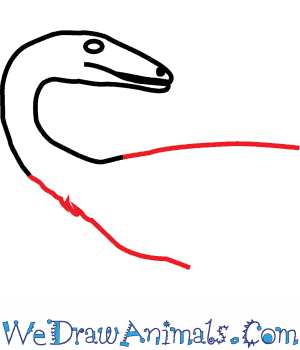 Step 3: Draw the body, with lines extending from the ends of the lines that make up the neck. You’ll want to draw the hump of the back to where the tail goes, and from the bottom of the neck to the chest. 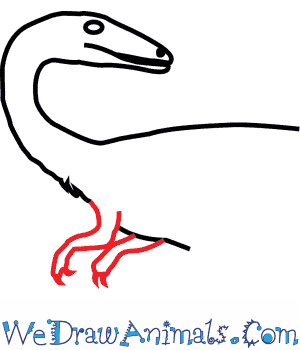 Step 4: Draw the front legs, which were short but adapted for grasping, with three small, powerful fingers. 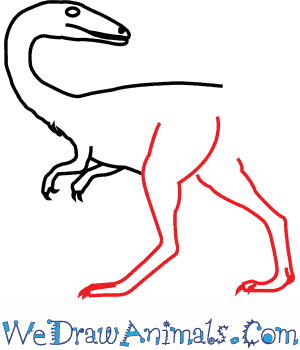 Step 5: Draw the hind legs, which were much larger, with big thighs and long, thin lower legs. Dinosaurs are related to birds, and with Coelophysis it’s easy to see. Imagine the legs of a large bird like an ostrich for this step and large, flat feet. 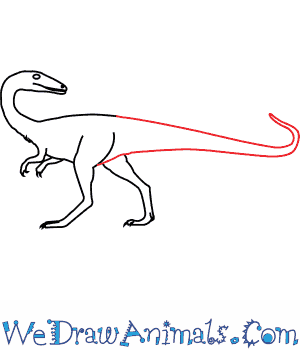 Step 6: Draw the tail, which was longer than the body and would have stuck out straight and level for balance. It starts out thick but ends in a thin, whip-like point.

Interesting Facts about the COELOPHYSIS

The Coelophysis is a member of the dinosaur group and the scientific term for them is C. bauri. Their Greek name “coelo-physis” means “hollow-form” in English, which refers to their light skeleton as birds have. Similarly, they possessed a wishbone in their chest, and are the first example of such structure in the animal kingdom. Furthermore, the skull shape, round pupils, and eyesight, were near that of an eagle. Their name “bauri” was derived from the founder of this species as a tribute to Mr. Baur who financed paleontology.

Previous post: How to Draw a Golden Lion Tamarin