How to Draw a Pachycephalosaurus 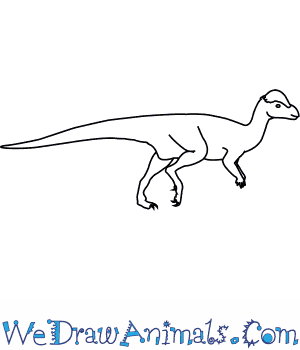 In this quick tutorial you'll learn how to draw a Pachycephalosaurus in 5 easy steps - great for kids and novice artists.

At the bottom you can read some interesting facts about the Pachycephalosaurus.

How to Draw a Pachycephalosaurus - Step-by-Step Tutorial 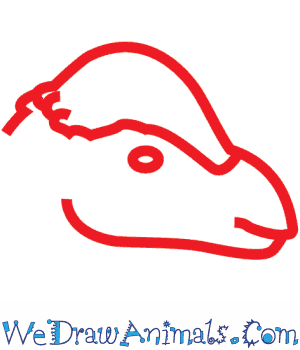 Step 1: First, draw the head and face, which had a short snout and, most distinctively, had a large, exposed dome of bone on top of the skull. Draw this as a lumpy oval shape above the face. 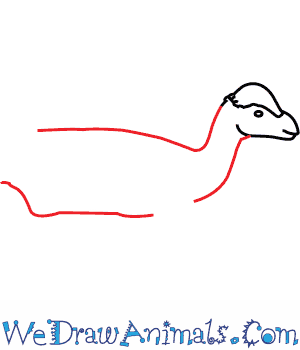 Step 2: Draw the body, using a flat, curved line for the back, tapering down from the back of the head. Draw an L-shaped bent line to show the slop of the bottom of the neck, its underside, and a V-shape behind the legs, where the tail begins. 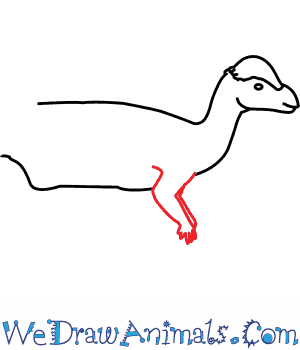 Step 3: Draw the front legs as short, bent limbs with small hands, hanging down from its body. 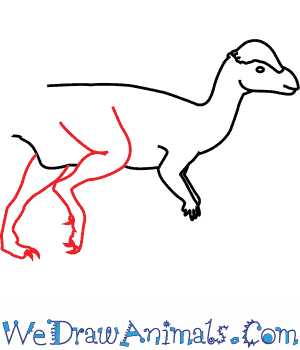 Step 4: Draw the hind legs, which are very long, with large thighs and narrow lower legs. You may want to break it down into a series of curved lines, bending for the thighs, knees, shins, and ankles. The feet are large and flat, with three sharp toes. Try drawing one lifted as if the pachycephalosaurus is running. 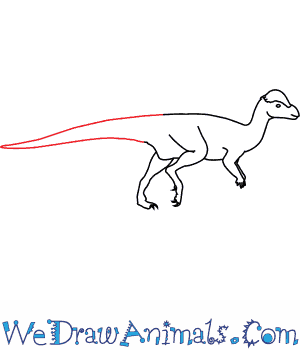 Step 5: Draw a long, thick tail that goes straight out from the back with a slight curve. Like many dinosaurs that walked on two feet, the pachycephalosaurus used it for balance.

Interesting Facts about the PACHYCEPHALOSAURUS

The Pachycephalosaurus is a member of the dinosaur group and the scientific term for them is P. wyomingensis. Their Greek name “pachy-cephalo-saurus” means “thick-headed-lizard” in English, which refers to the armor on their crown. The name “wyoming-ensis” means “Wyoming-end” in English, which refers to how the fossil animal’s life terminated within this particular territory name of the United States. They would fight each other as rams of sheep do.

his creature walked upright, had bony knobs on the back of its head, and short spikes on its nose. Also, they possessed large eyes, tiny teeth, pointed beak, short but thick neck, thick body, hips like a bird, and a long thick tail. It had long legs, short arms, was an omnivore, and probably ate leaves, seeds, fruit and insects. 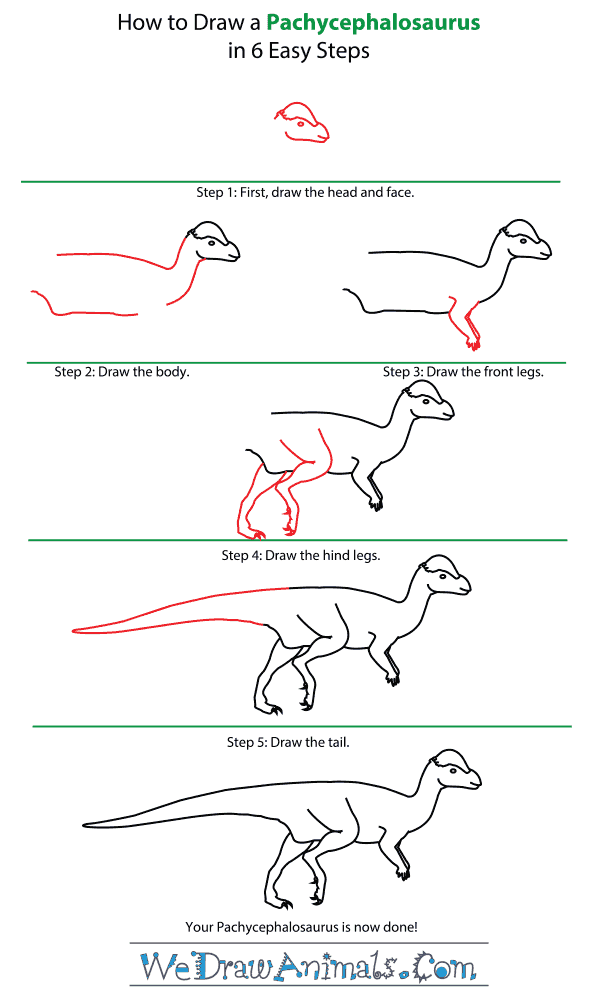 How to Draw a Pachycephalosaurus – Step-by-Step Tutorial