How to Draw a Golden Pheasant 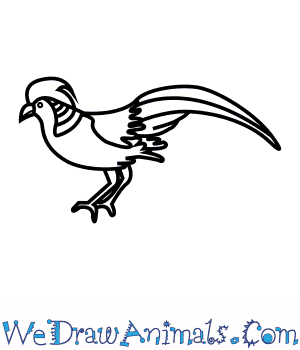 In this quick tutorial you'll learn how to draw a Golden Pheasant in 7 easy steps - great for kids and novice artists.

At the bottom you can read some interesting facts about the Golden Pheasant.

How to Draw a Golden Pheasant - Step-by-Step Tutorial 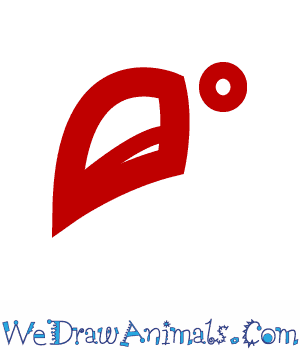 Step 1: First, draw the eyes and beak. Draw a curbed triangle with a hooked point as the beak, with a large circle just behind it for the eye. 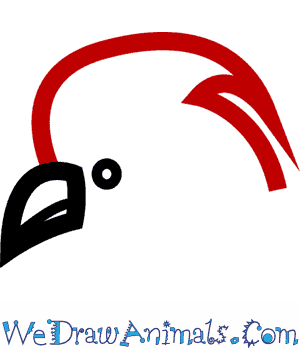 Step 2: Draw the crown with a line that swoops back, almost like a shark fin. This is a distinct tuft of feathers on top of the pheasant’s head. 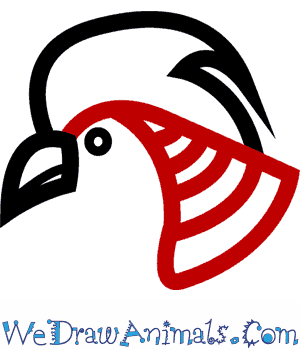 Step 3: Add the nape, another unique trait of the bird. This is another triangle shape that will start by the eye and beak and spread out over the neck. Add a series of lines to show the plumage. 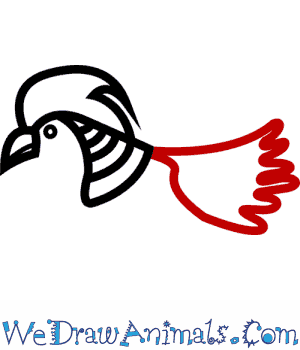 Step 4: Draw the wing, starting at one point under the nape and fanning out behind the pheasant, with a row of bumps to show the ends of each feather. 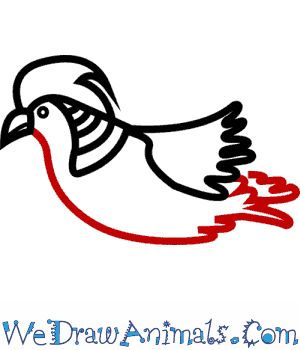 Step 5: Then draw the lower body with a softly bowed line from beak to tail, with more frays and bumps to show the tufts of feathers. 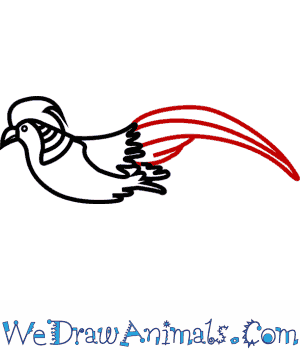 Step 6: Draw the tail, which is very long and curves smoothly, ending in a point. The tail is almost as long as the pheasant’s whole body. 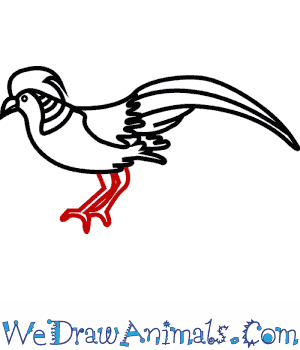 Step 7: Lastly, draw the feet. The legs are longer and bend backwards, like a chicken’s, with small, hooked claws.

Interesting Facts about the Golden pheasant

The golden pheasant is a striking type of gamebird that makes its home in the mountainous areas of the western parts of China. These birds can also be found in parts of the United Kingdom as well as other locations. The male golden pheasant are really breathtaking being super vibrant with a red chest, golden yellow crest and super long tail. The females aren’t as colorful as they are brown, tan and black. 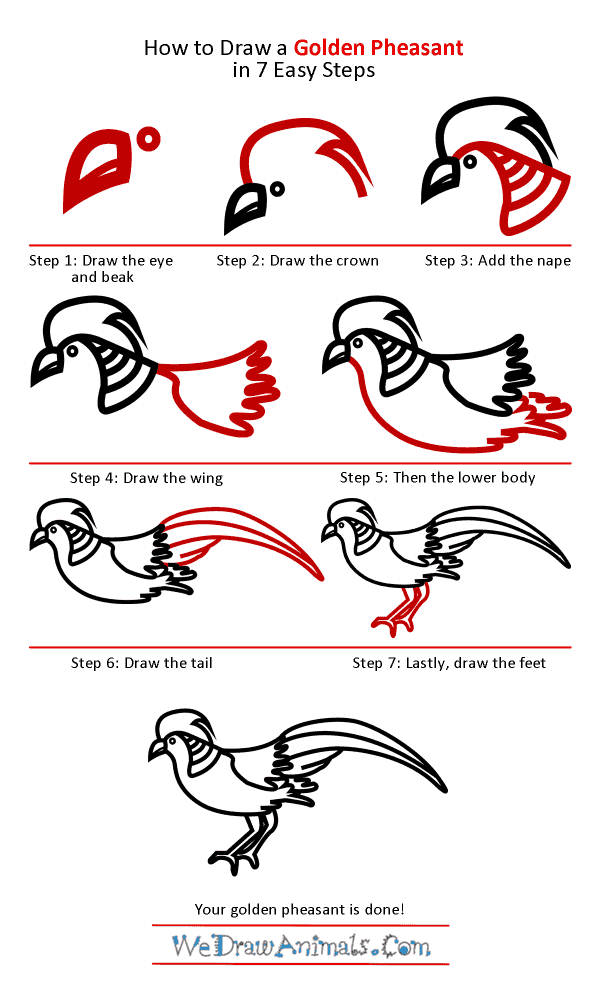 How to Draw a Golden Pheasant – Step-by-Step Tutorial