How to Draw a Troodon 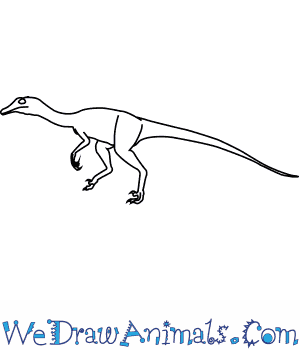 In this quick tutorial you'll learn how to draw a Troodon in 6 easy steps - great for kids and novice artists.

At the bottom you can read some interesting facts about the Troodon.

How to Draw a Troodon - Step-by-Step Tutorial 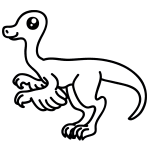 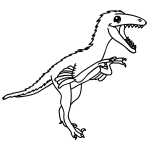 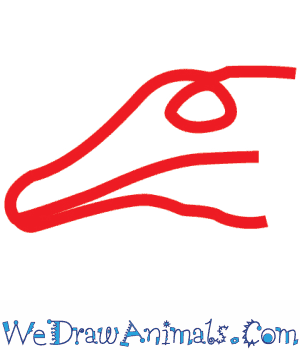 Step 1: First, draw the head and face. Draw a flat, long snout, with a higher bump behind it for the back of the head. Put a large eye behind the snout, above a line for the mouth. 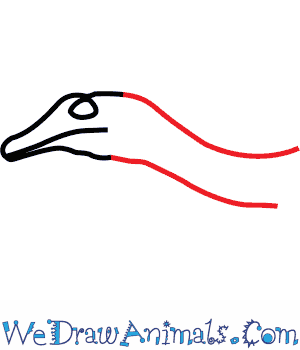 Step 2: Draw the neck, a thicker, curved shape of two lines that starts at the back of the head. Think of a goose’s head and neck for these steps. 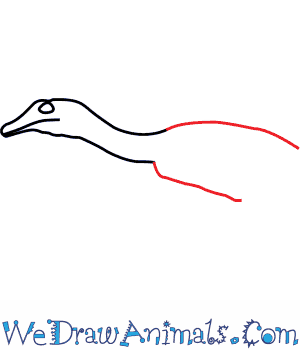 Step 3: Draw the body, which for now will simply show the hump of the back and parts of the underside, starting from the bottom of the neck. 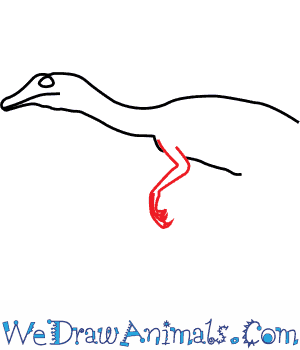 Step 4: Draw the front legs, which are narrow and bend, with long, sharp claws at the end. 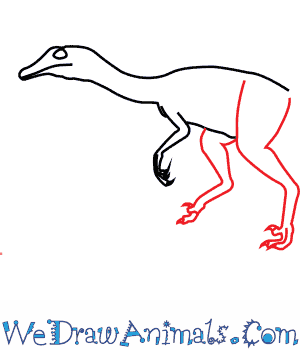 Step 5: Draw the hind legs. The thighs will start very high on the body, up by the back, bend in two places as they get narrower, and end in large feet with very sharp curbed claws. 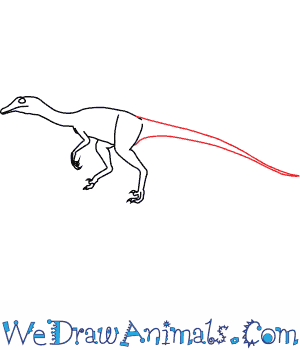 Step 6: Draw the tail as a long shape coming to a narrow point. This would have helped the troodon balance and would have been about as long as the rest of its body.

Interesting Facts about the TROODON

The Troodon is a member of the dinosaur group and the scientific term for them is T. formosus. Their Greek name “troo-don” means “wounding-tooth” in English, which refers to the sharpness of their teeth. The Latin name “formosus” means “lovely” in English, which refers to how unique and intelligent the animal was. They were small animals with a body as birds have, and one of the first dinosaurs discovered in North America. Similarly, their skull was shaped as that of the Ostrich.

his creature walked upright, had short arms, long and slender legs, with a long and sharp claw on their feet. Also, they possessed large eyes and tiny serrated teeth. Uniquely, the males of this species hatched the female’s eggs. The eggs were placed at an angle so that the upper part was nearer to the middle of the nest. 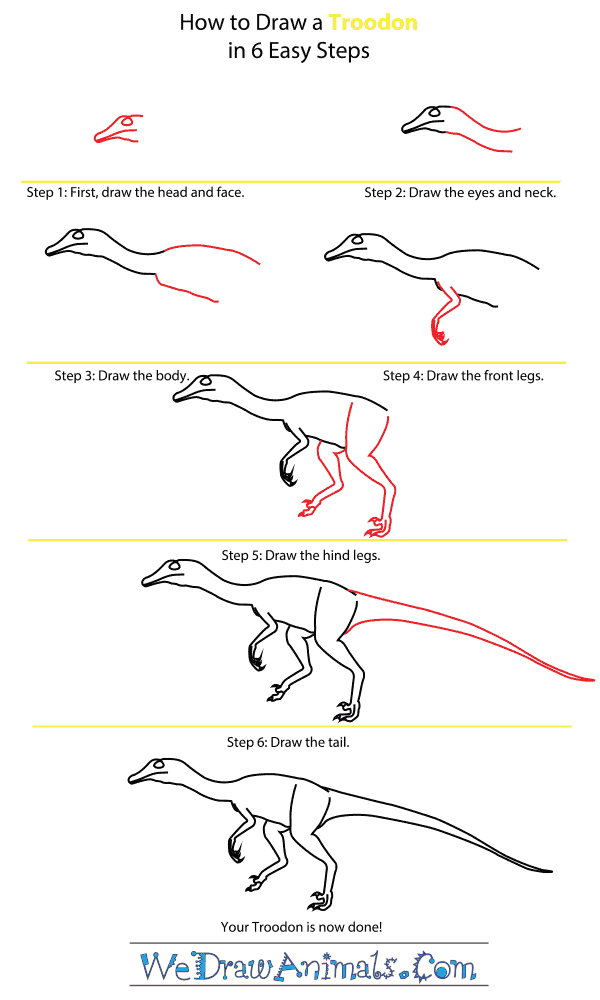 How to Draw a Troodon – Step-by-Step Tutorial