How to Draw an Iguanodon 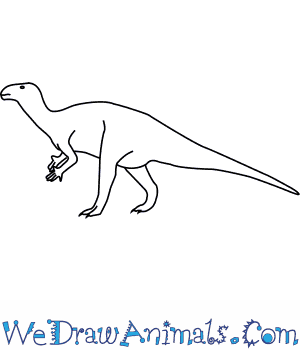 In this quick tutorial you'll learn how to draw an Iguanodon in 5 easy steps - great for kids and novice artists.

At the bottom you can read some interesting facts about the Iguanodon.

How to Draw an Iguanodon - Step-by-Step Tutorial 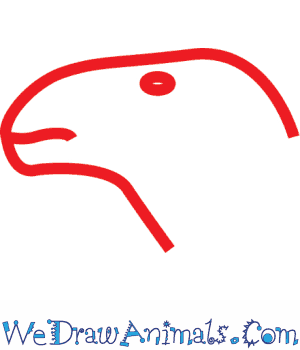 Step 1: First, draw the head and face, which had a short snout. Try using an egg shape for this, and don’t forget the eye and mouth. 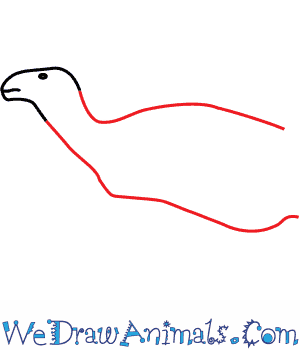 Step 2: Draw the body, using a flat, curved line for the back, tapering down from the back of the head. Draw an L-shaped bent line to show the slop of the bottom of the neck and its underside, running back to where its tail will start. 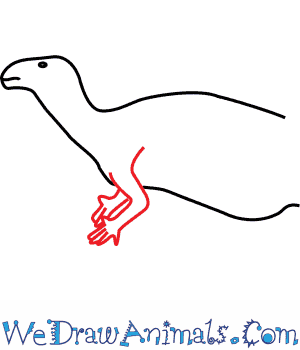 Step 3: Draw the front legs as narrow limbs, but not too short—Iguanodon could walk on all four as much as its back two, so they were very useful. The most distinctive feature was the thumb spikes, so remember to include those. 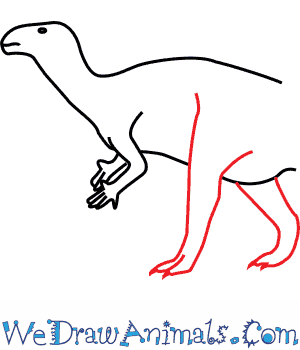 Step 4: Draw the hind legs, which are very long, with large thighs and narrow lower legs.. The feet are large and flat, with three sharp toes. Iguanodon was a large herbivore, so these would be very large, thick legs to support its big body when it walked on two. 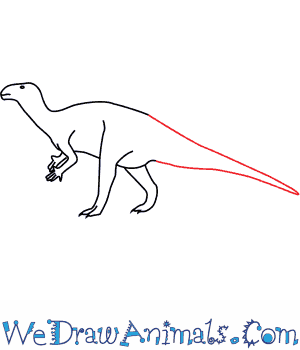 Step 5: Draw a long, thick tail that goes straight out from the back with a slight bend downward. Iguanodon’s tail wouldn’t be as long as many agile carnivores, but it would still help for balance.

Interesting Facts about the IGUANODON

The Iguanodon is a member of the dinosaur group and the scientific term for them is I. bernissartensis. Their Greek name “iguano-don” means “iguana-tooth” in English, which refers to their being relatives of a large lizard. The name “bernissart-ensis” means “Bernissart-end” which refers to how the fossil animal’s life terminated within this particular territory name of Belgium. Bones have been recovered in other countries, but this place is home to the largest specimen ever found. They were a large animal with a body similar to an Iguana, but a mouth and upright posture similar to that of a duck.

his bulky vegetarian lived in North America, Asia, and Europe. It protected itself from predators with a large spike on their hands, where the thumb usually is. The species is the second dinosaur discovered in the world, next to the Megalosaurus. They occasionally walked upright, since the arms were a bit shorter than the legs. 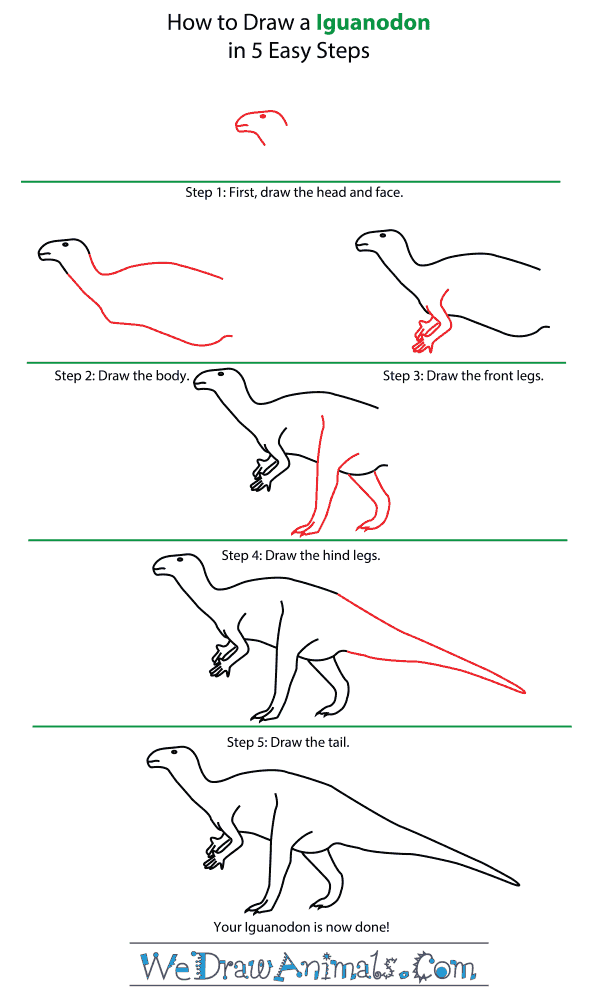 How to Draw an Iguanodon – Step-by-Step Tutorial