How to Draw a Cuckoo 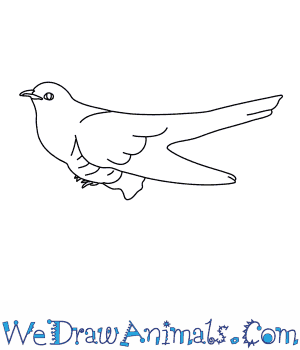 In this quick tutorial you'll learn how to draw a Cuckoo in 6 easy steps - great for kids and novice artists.

At the bottom you can read some interesting facts about the Cuckoo.

How to Draw a Cuckoo - Step-by-Step Tutorial 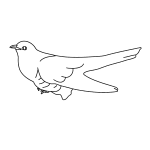 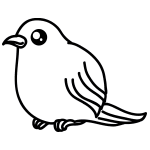 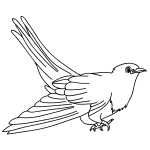 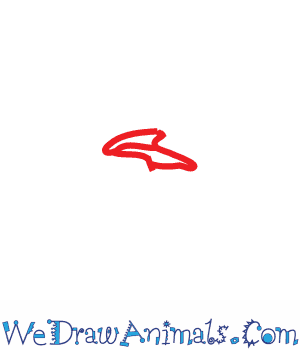 Step 1: Ever seen a clock with a bird that comes out of it? Maybe on a Cuckoo clock! The funny sound these birds make comes from the beak, so let's start with that. Draw two pointy triangles for the beak. 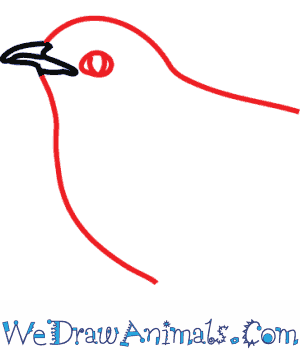 Step 2: Now, for the head, draw a curved bump on the top with another small line behind it. Also, add another curved line along the bottom for the neck. Lastly, draw an oval with another circle inside for the eye. 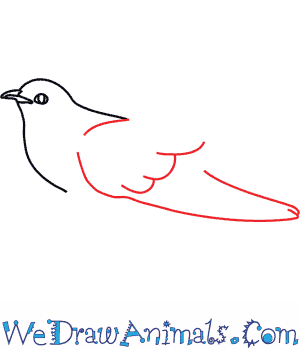 Step 3: Now start drawing the wing. Make a long curved line along the bottom and end it with two feathery points. Then, draw a few bumps inside for the feather detail. They Cuckoos have a wingspan of up to 2 ft.! 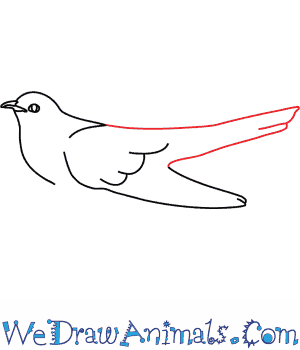 Step 4: For the tail feathers, extend two lines up at an angle and end it with a square tip. Cuckoos can reach more than 1 foot in length. 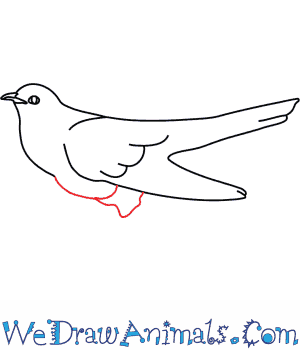 Step 5: For the tummy, draw a small curve underneath the wings. Add another squiggly shape underneath for further detail. 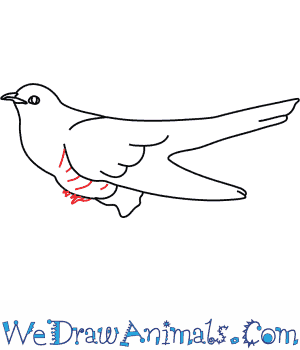 Step 6: Now, draw the chest feather pattern by adding a few lines under the wing. Lastly, add a few small points for the feet. To color your cuckoo, use blue and green for the wings. The chest and belly are white.

Interesting Facts about the CUCKOO

The Cuckoo is a member of the bird family and the scientific term for them is Cuculus canorus. Other common names for this species are the Common Cuckoo and the European Cuckoo. The name comes from the Latin word Cuculus which means “cuckoo” (the sound that this species makes) and the word canorus means “melody.”

This bird lives in Europe, Asia, and Africa. They are brood parasites because of their habit of laying eggs in the nests of other birds, so they can increase the population of their own species without wasting time with parenting. The male disguises himself as a Sparrowhawk to scare nest occupants away until his mate lays her eggs. There are not many of these creatures, but they’re the least concern for extinction. 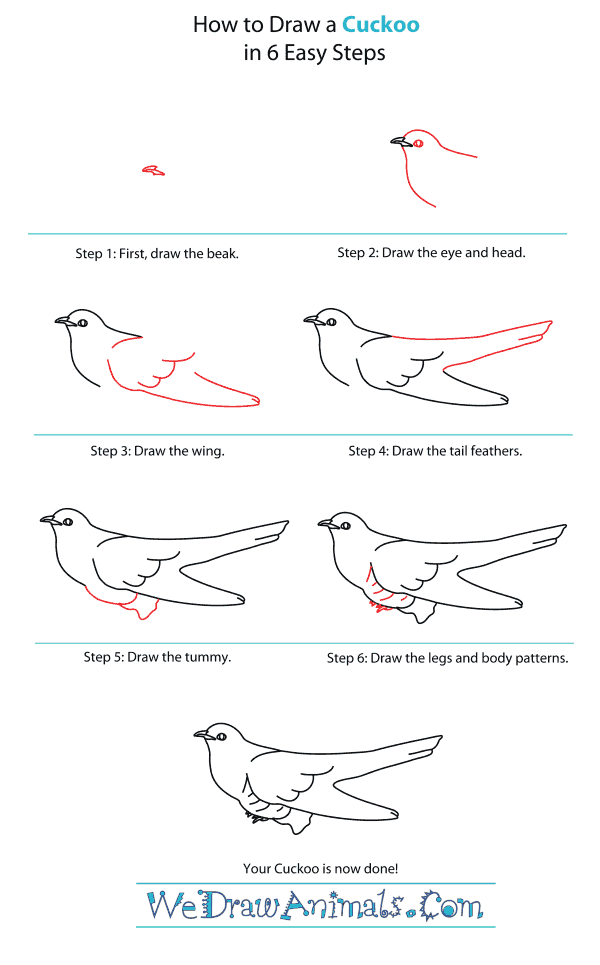 How to Draw a Cuckoo – Step-By-Step Tutorial