How to Draw a Desert Horned Viper 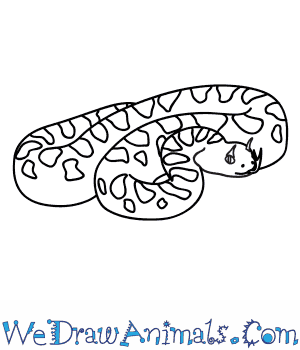 In this quick tutorial you'll learn how to draw a Desert Horned Viper in 7 easy steps - great for kids and novice artists.

At the bottom you can read some interesting facts about the Desert Horned Viper.

How to Draw a Desert Horned Viper - Step-by-Step Tutorial 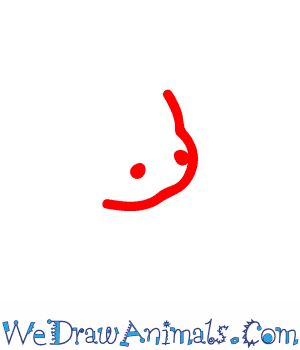 Step 1: Start drawing your Horned Viper by making the front curve of its face. It can be a little bumpy, to imply the bone structure beneath the skin. Add two dots near the front to make the nostrils. 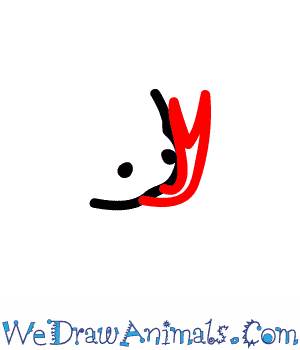 Step 2: Now draw the tongue. It should be coming out just between the nostrils you drew, and be made of two lines that split apart. Connect the two tips with a V shape to make your snake's forked tongue. 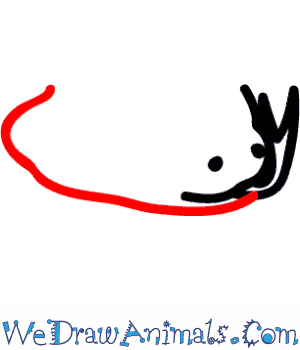 Step 3: Next draw the rest of the head, by drawing a curve that starts right where the tongue is coming out, and continues to the curve of the snake's jaw on its left side. Again make it a bit bumpy in places to imply bones. 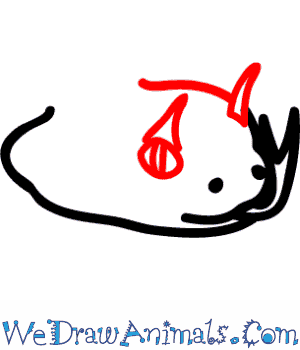 Step 4: Now let's add the eyes, and the distinctive 'horns' that these vipers are known for. An oval for the eye is fine, but put a vertical oval inside of it to make the snake's pupil. Then add a triangle shape on top to make the horn over that eye. On the right side, make another small, pointed triangle shape to make the other horn. Then add a curve behind the right horn to draw the rest of the head. 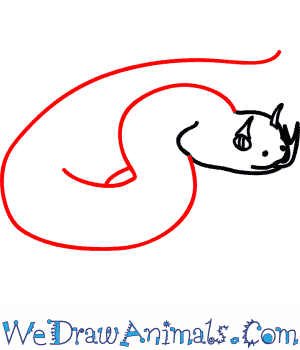 Step 5: Drawing the body looks like a lot of work, but let's just break it down into a few steps. First draw three lines. The first line will be the biggest, starting at the jaw and curving down and around, before curving behind the viper itself. The next line will be smaller, starting on the top of the viper's head, going up and then down, to the left. Make one more line to imply the obscured lower portion of the snake's body. 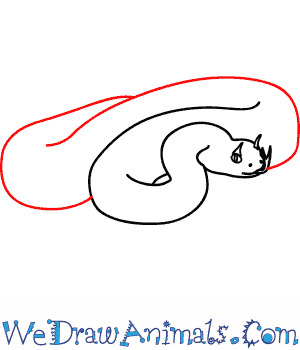 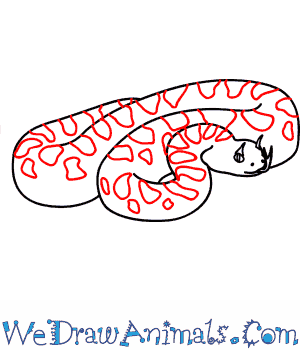 Step 7: Now draw all the spots that are found on Horned Vipers. Go ahead and color them in too! The colors of Vipers are yellow, brown, an gray, but you can color this snake however you like! 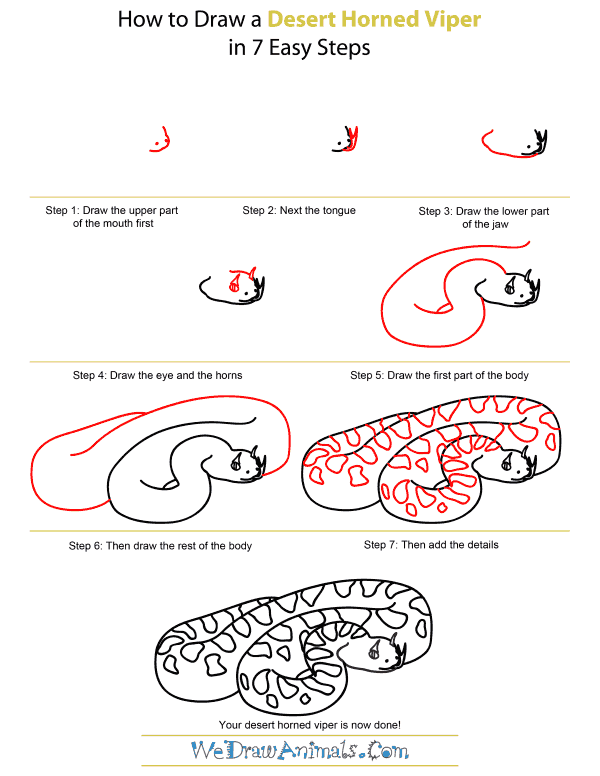 How To Draw A Desert Horned Viper – Step-by-Step Tutorial