How to Draw a Dingo 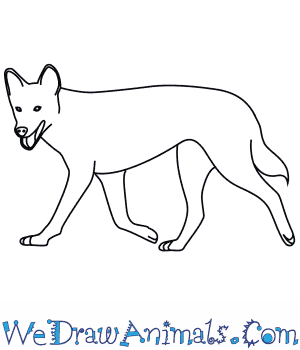 In this quick tutorial you'll learn how to draw a Dingo in 8 easy steps - great for kids and novice artists.

At the bottom you can read some interesting facts about the Dingo.

How to Draw a Dingo - Step-by-Step Tutorial 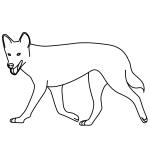 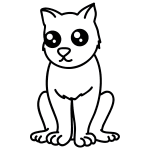 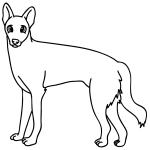 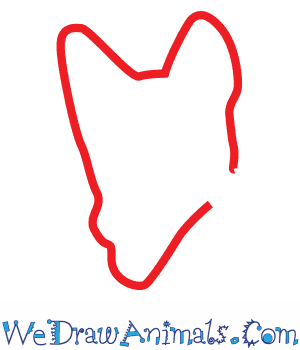 Step 1: Draw the head by making a narrow heart-shape and then adding a gap on the right side, bumps for a nose and mouth, and a straight line in between the ears. 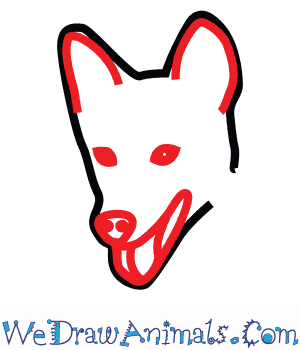 Step 2: Add lines to define the ears, tiny ovals for the eyes, and a circle with dots for the nose. For the mouth, add a line for the top of the mouth and then have a half-oval come down for the tongue. 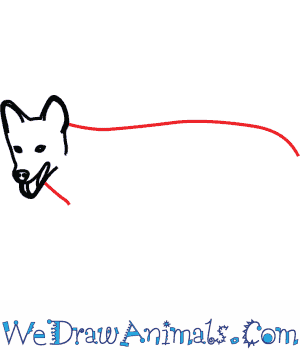 Step 3: Draw the body with a diagonal line for the neck and a mostly horizontal line on top for the back. 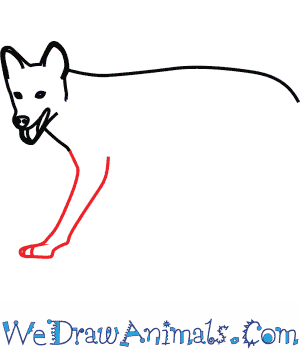 Step 4: Draw the front leg by making two lines that meet by the foot facing left. Add lines for toes. 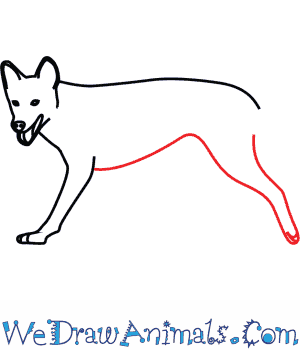 Step 5: Draw the bottom half of the body, curving upward before drawing the hind leg with the foot pointed directly downward. 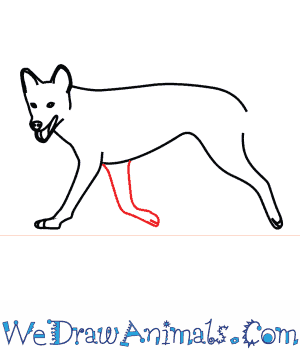 Step 6: Draw the other front leg a lot like the first front leg, except that the foot should be facing to the right to make the Dingo look like its walking. 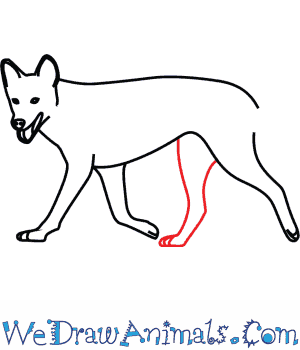 Step 7: Draw the other hind leg where the large upward curve is in the bottom of the body, and have it face the same way as the front forward leg. 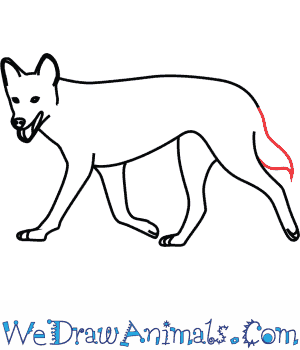 Step 8: Draw the tail by continuing off the back and closing the gap, ending in a point. Your Dingo is now done!

Dingoes are wild dogs. Scientists believe that they are descendants of domesticated dogs that were brought to Australia at least 5000 years ago. Dingoes are no longer kept as pets. They live all over Australia, except on the island state of Tasmania.

Dingoes are the largest land animals in Australia. Therefore, they do not have any natural predators, except for crocodiles. Humans are the biggest threat to their survival. Dingoes are considered vulnerable to extinction because of deforestation caused by humans. Deforestation is when people remove massive amounts of forest area to build roads, buildings, and other structures. 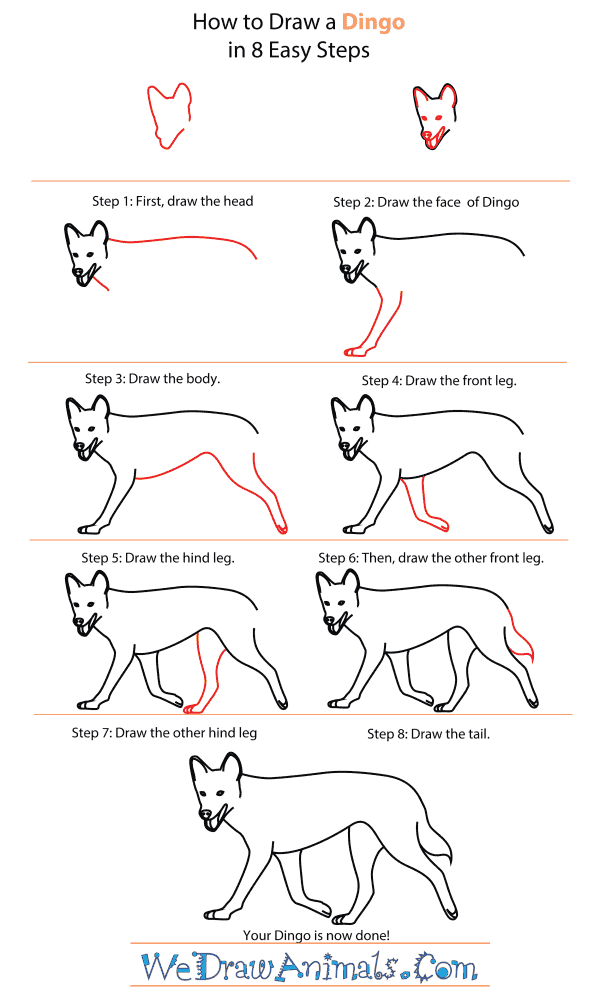 How To Draw A Dingo – Step-By-Step Tutorial

Next post: Keeping Kids Busy – Arts and Crafts for All Ages