How to Draw a European Earwig 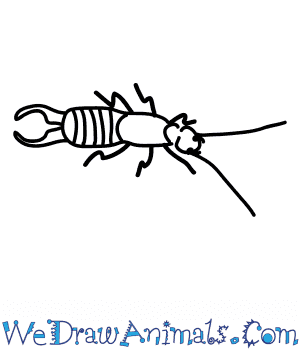 In this quick tutorial you'll learn how to draw a European Earwig in 6 easy steps - great for kids and novice artists.

At the bottom you can read some interesting facts about the European Earwig.

How to Draw a European Earwig - Step-by-Step Tutorial 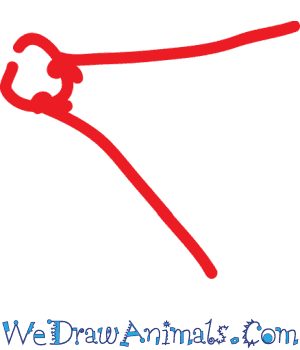 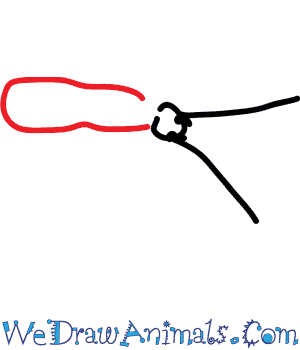 Step 2: Draw the body, make sure its skinny in the middle 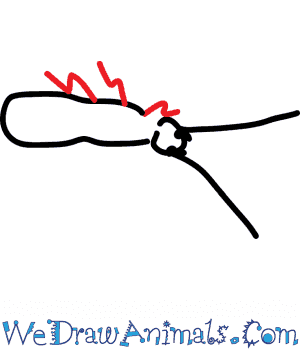 Step 3: At the top of the body, draw three thin legs 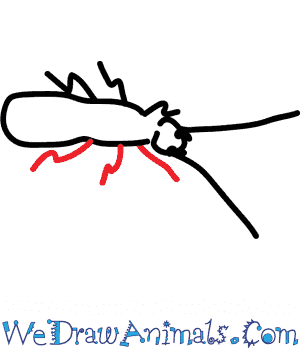 Step 4: Repeat the three lines on the bottom for the legs 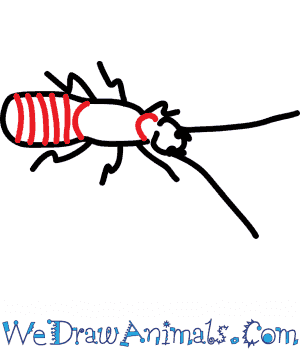 Step 5: Draw lines across the body to separate the neck, head, and bottom. Add lines to the bottom 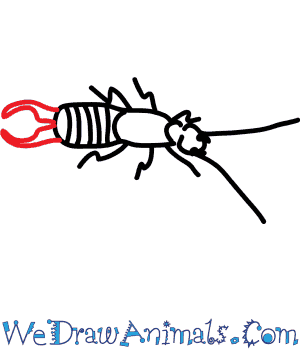 Step 6: Draw the pinchers on the far left side of the Earwig

Interesting Facts about the European Earwig

This common earwig occurs all over Europe and is an omnivorous insect. In general, this insect is considered very unpleasant in every way to the senses. It has a foul odor, a frightening appearance, and a long, flat body that ends with pincers on both the males and the females of this species. Male earwigs have fiercer-looking pincers, as they are larger and much more curved than those of the female earwig. They are capable of flying, though they rarely do, and often rear their ugly heads in small crevices inside the home, as well as in food pantries. This insect is also considered a massive nuisance to farmers, as their presence can heavily damage growing crops. This earwig, though it is considered a European species, lives in many different kinds of environments including those in North America.

The manner in which females go about tending to their eggs is very interesting and surprisingly motherly for such a negative-seeming species of insect. They lay a single clutch of about fifty eggs in autumn before entering a dormant state where they will stay with their eggs until they hatch. During this time, she will clean them and rotate them to keep fungus from growing on them. In the spring, when time draws near for hatching, the mother earwig will lay her eggs into a single layer. After they are born, she will then guard them for a month until they reach full maturity. 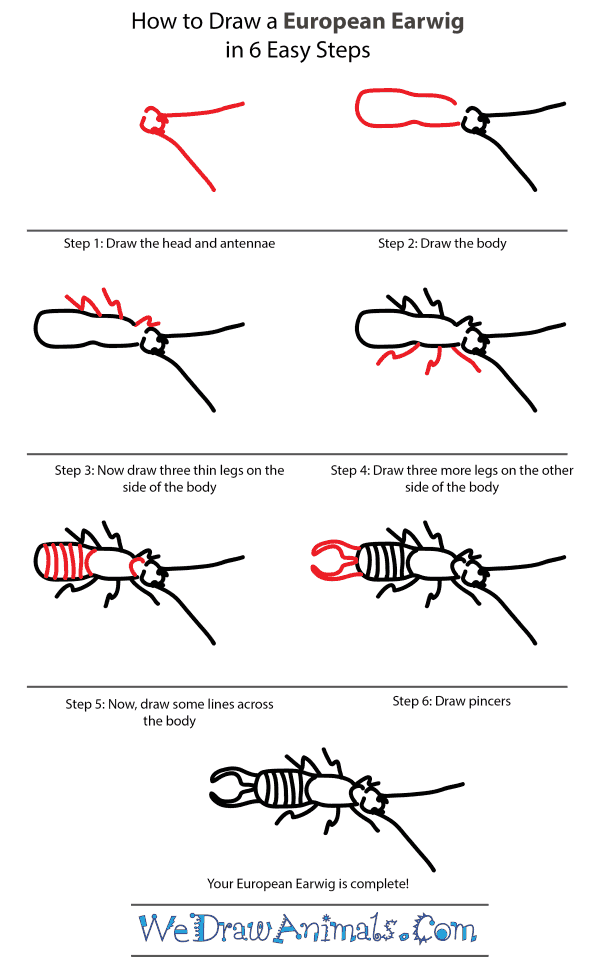 How to Draw a European Earwig – Step-by-Step Tutorial