How to Draw a Fan-Foot Moth 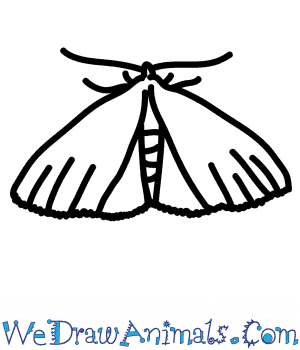 In this quick tutorial you'll learn how to draw a Fan Foot Moth in 7 easy steps - great for kids and novice artists.

At the bottom you can read some interesting facts about the Fan Foot Moth.

How to Draw a Fan Foot Moth - Step-by-Step Tutorial 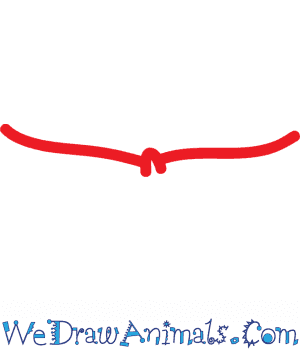 Step 1: Draw a small triangle, then draw a long line on either side. This will be the head and antennae 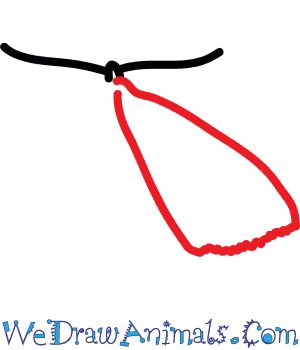 Step 2: Draw the right wing. Make your lines crooked on the edge to make it look realistic 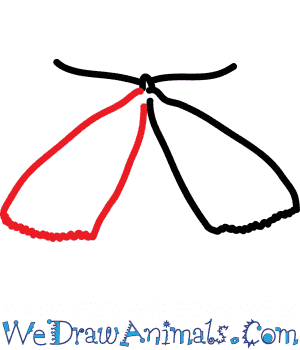 Step 3: Repeat the same with the left wing 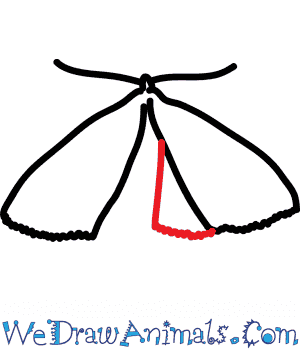 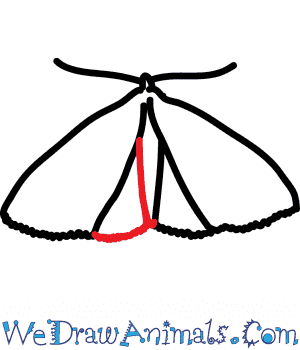 Step 5: Repeat on the left side with the smaller wing 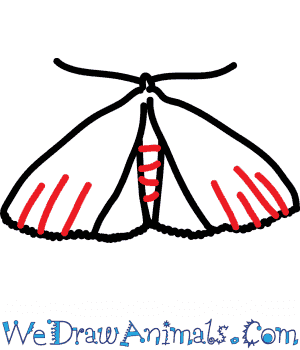 Step 6: Add lining detail on the main wings and the middle (body) 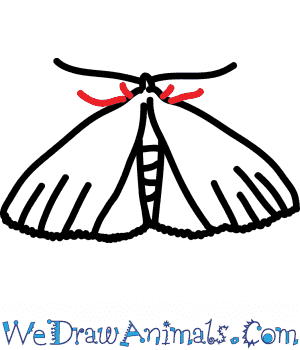 Step 7: Draw two legs on either side by the head.

Interesting Facts about the Fan-Foot Moth

This moth has a distinct look compared to other species of moth, with its pale white and grey wings that are marked with three darker, horizontal lines across. Even the caterpillar forms of these moths are quite obvious on their own, with black bodies and bright orange coloring that becomes brighter the older the caterpillar becomes. They retain their caterpillar form from July until April, and feed on leaves from their environment. Moths fly late at night in the months starting in late May to early July. If you ever want to bring this moth around a certain area, snapping small twigs in trees and leaving them hanging to wilt will attract them as it makes a perfect home for the caterpillars. They used to be a very common and widespread species of moth, occurring all over Europe, but now there are few areas where they have a large population of any significance.

There is not an exceptional amount of knowledge known about this species of moth, but researchers are doing what they can to further understand it. The purpose of this is to learn how to better manage habitats to attract this species. 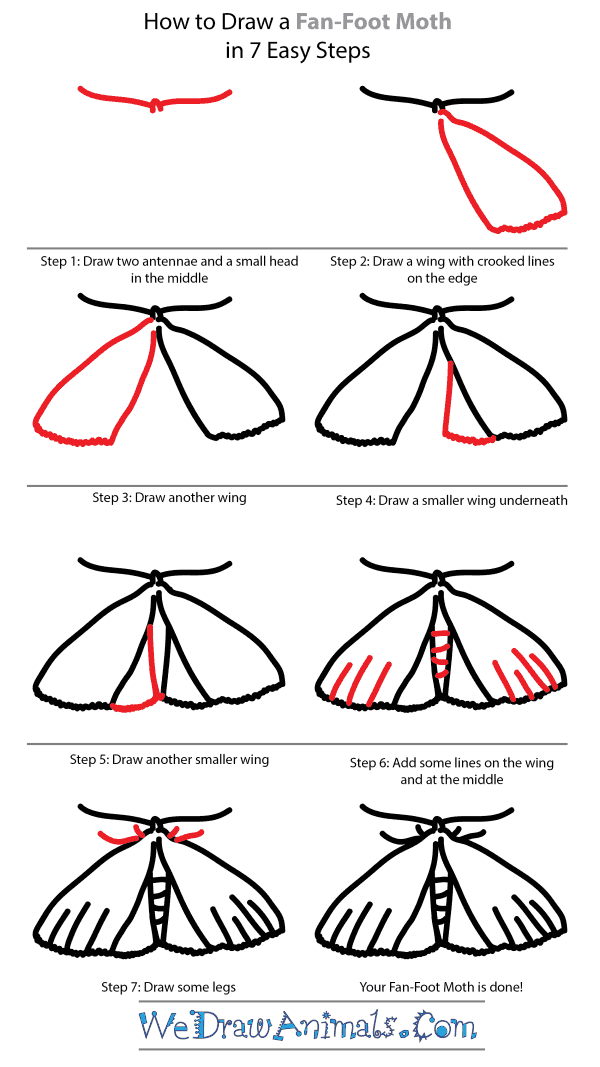 How to Draw a Fan-Foot Moth – Step-by-Step Tutorial