How to Draw a Fire Salamander 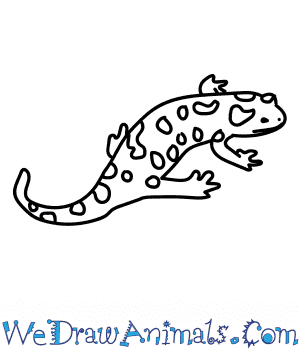 In this quick tutorial you'll learn how to draw a Fire Salamander in 6 easy steps - great for kids and novice artists.

At the bottom you can read some interesting facts about the Fire Salamander.

How to Draw a Fire Salamander - Step-by-Step Tutorial 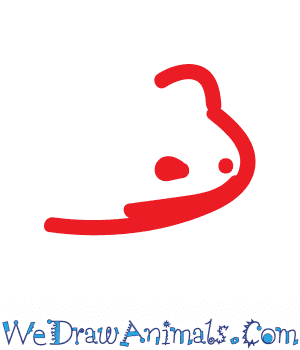 Step 1: Start with the head, make sure to add in an extra little "hill" for the other eye 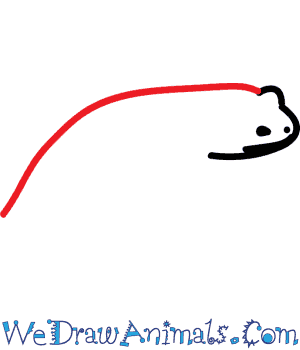 Step 2: From the top of the head, draw a downward, curved line 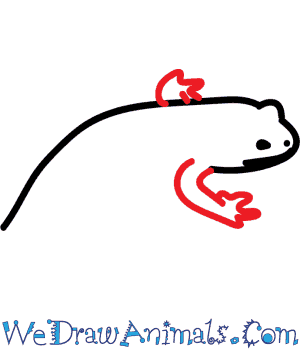 Step 3: Draw a pair of front legs, each with four toes 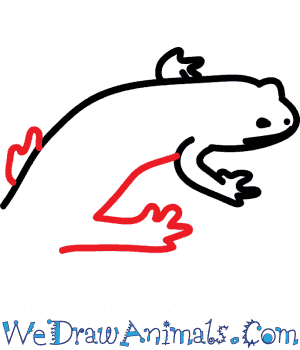 Step 4: Draw the bottom of the body and the hind legs 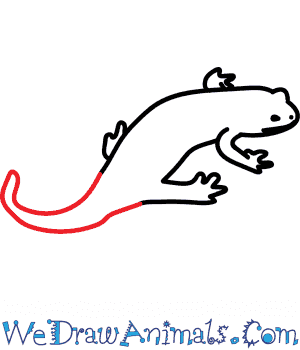 Step 5: Draw two curved lines that connect at the end for the tail 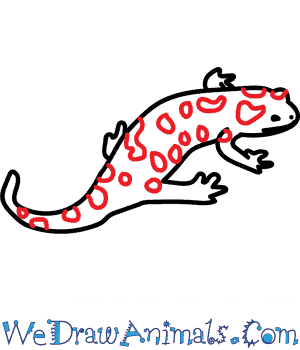 Step 6: Draw several spots on the body to make it look realistic

Interesting Facts about the Fire Salamander

Salamandra salamandra, also known as the fire salamander, is a common and well-known species throughout Europe. Their appearances are very prominent and unique, with mostly black bodies that contain bright stripes or dots of yellow, red or orange. It is their coloring that has given them the name “fire salamander.” Not all fire salamanders look the same, though, as some might not even have any spots or stripes at all! They are known to have very long lifespans for a lizard, with one having been raised in captivity to the age of fifty. The fire salamander likes hilly areas and forests with a lot of fallen leaves and mossy trees that they can hide under or inside of, and always prefer to be near small bodies of fresh water.

Arts and Crafts Activity Notes: : Draw the fire salamander and proceed to make copies for every participant. When drawing the salamander, make sure to leave its body blank, without markings. Instruct each participant to color in their fire salamander with colored pencils, markers or crayons, drawing their own markings as they’d like. Have them cut out their designs with safety scissors, and then use the colorful salamanders to decorate personal spaces like cubbies, desks and lockers. 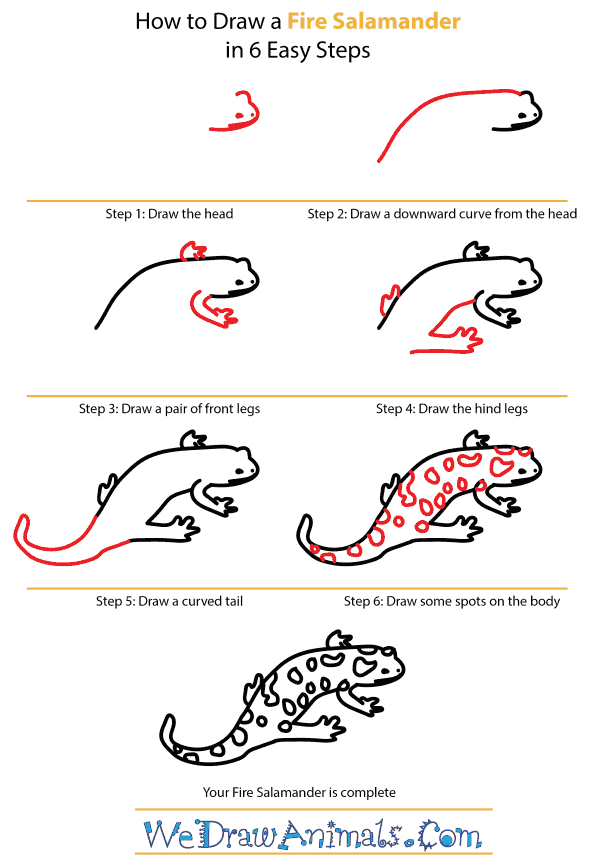 How to Draw a Fire Salamander – Step-by-Step Tutorial