How to Draw a Frilled Lizard 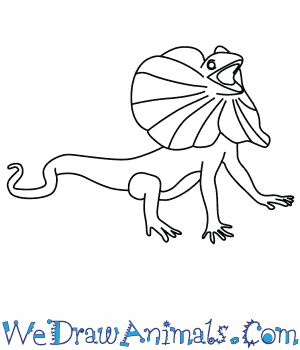 In this quick tutorial you'll learn how to draw a Frilled Lizard in 7 easy steps - great for kids and novice artists.

At the bottom you can read some interesting facts about the Frilled Lizard.

How to Draw a Frilled Lizard - Step-by-Step Tutorial 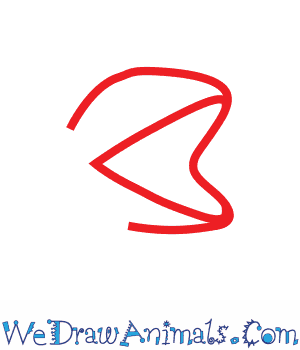 Step 1: Draw the head as shown above, making an indent for the mouth and adding some lines for the lips, to show that the lizard has its mouth open. 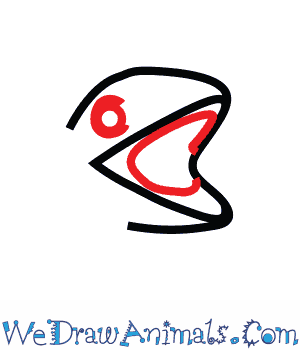 Step 2: Draw a circle inside of another circle for the eye, and draw the shape of the mouth a bit inside the mouth. 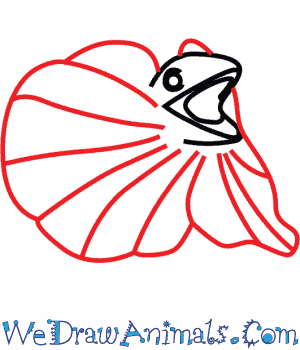 Step 3: The neck frill will be round, with lines from all directions heading toward the head of the lizard. Try to think of it as a flower, with some of it being hidden by the head. 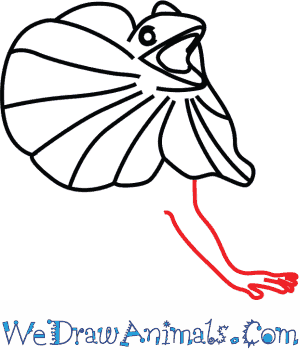 Step 4: Draw the front leg off of the neck frill, using two lines that meet at the foot. Here you will want to draw the toes like as shown above. 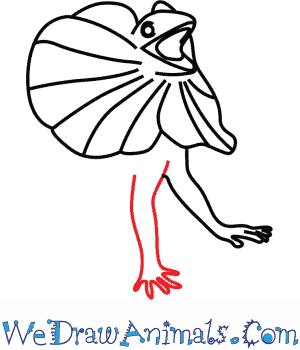 Step 5: Draw the other front leg like the first one, except going down straighter and further. Draw five toes on the leg. 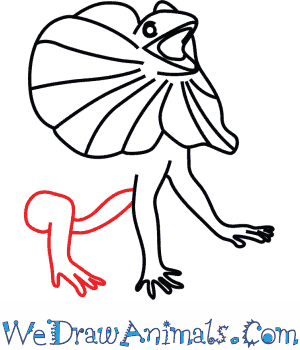 Step 6: Draw the bottom part of the body and then draw the hind leg. The foot itself should be similar to the others. There should be an angle in the leg that turns the leg horizontal to vertical. 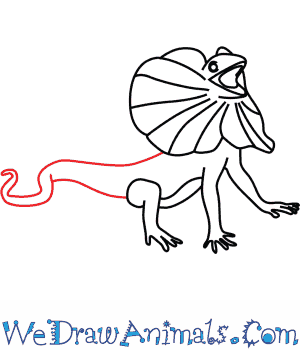 Step 7: Draw the rest of the body and tail. The tail should be long and winding, ending in a tiny curve. Your Frilled Lizard is now done!

Female frilled lizards lay up to 23 eggs. The eggs are buried underground, where they stay for about 12 weeks. The baby frilled lizards are able to take care of themselves as soon as they hatch from the eggs. They are usually left behind by their mothers. 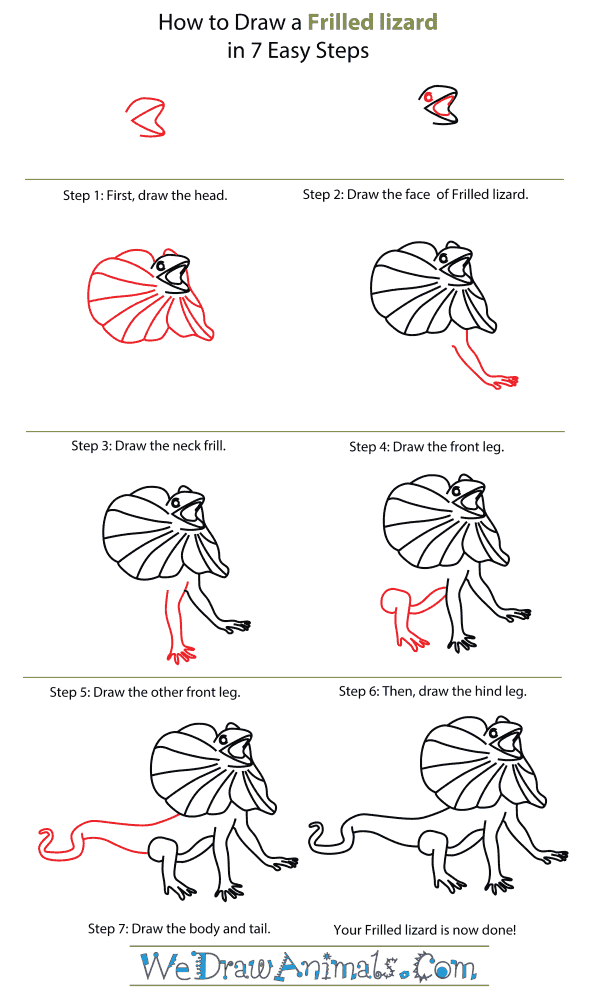 How To Draw A Frilled Lizard – Step-By-Step Tutorial