How to Draw a Harbor Seal 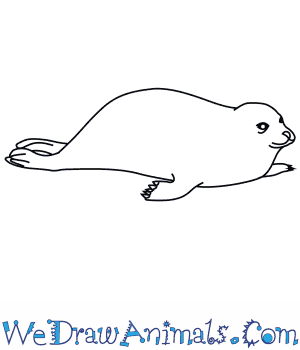 In this quick tutorial you'll learn how to draw a Harbor Seal in 7 easy steps - great for kids and novice artists.

At the bottom you can read some interesting facts about the Harbor Seal.

How to Draw a Harbor Seal - Step-by-Step Tutorial 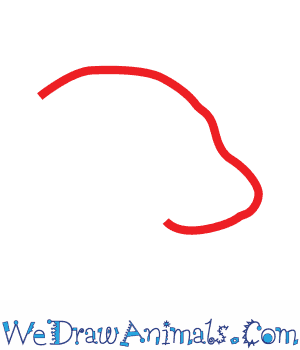 Step 1: Draw the shape of the head as shown above, leaving a gap open for the body and having a space for the mouth. 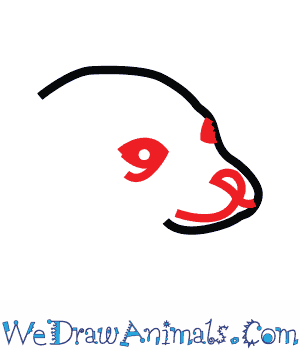 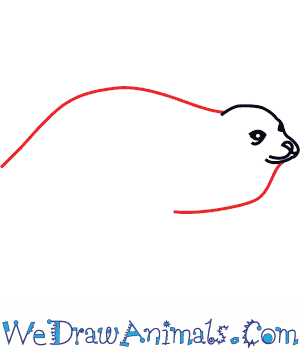 Step 3: Draw the body using two curved lines continuing from the top and bottom of the head. 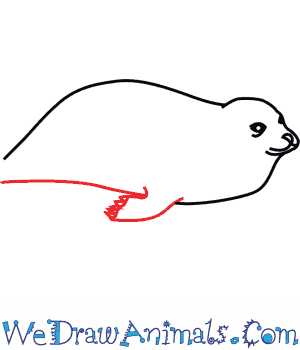 Step 4: Draw the front leg starting from inside the body of the seal, using two lines that curve to the left and are connected by a vertical line. On this line add some tiny triangles. After this, draw the rest of the bottom of the body. 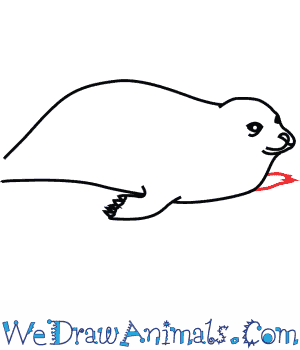 Step 5: Draw the other front leg use two lines that meet at a rough edge that start on the right side of the body. 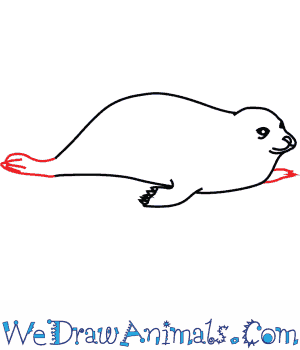 Step 6: Draw the hind leg continuing from the body, having the two lines meet at a curve with some lines coming from the end. 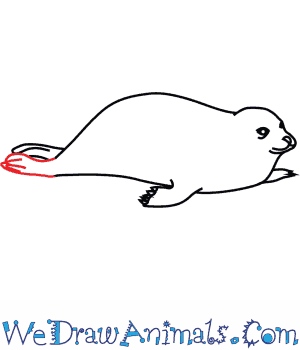 Step 7: Draw the other hind leg in front of part of the first hind leg (so you may need to erase some overlap). Other than that is will be mostly the same, and add lines at the end. Your Harbor Seal is now done!

Baby harbor seals are called pups. When they are born, they weigh about 25 pounds. They double their weight after about a month. Their mothers nurse them with their milk. After about one month of nursing, the mothers and pups separate. Although pups are born with the ability to swim right away, they must teach themselves how to hunt for their food. 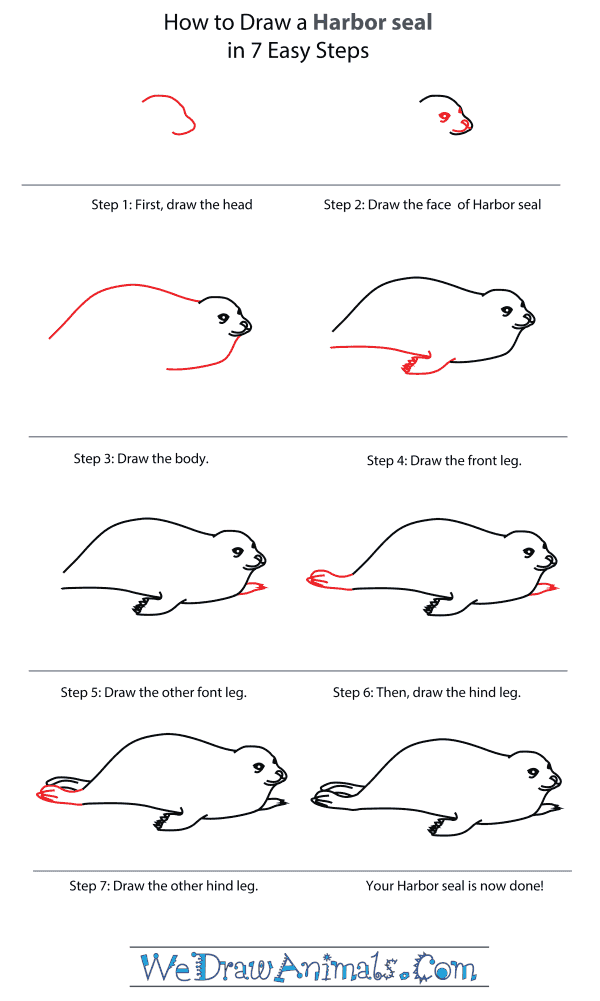 How To Draw A Harbor Seal – Step-By-Step Tutorial