How to Draw a Frilled Shark 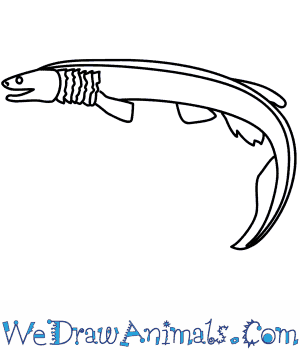 In this quick tutorial you'll learn how to draw a Frilled Shark in 10 easy steps - great for kids and novice artists.

At the bottom you can read some interesting facts about the Frilled Shark.

How to Draw a Frilled Shark - Step-by-Step Tutorial 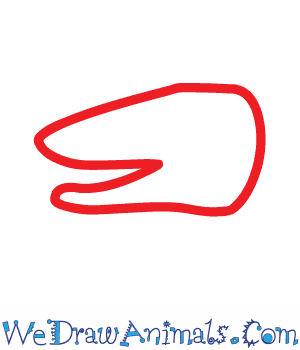 Step 1: The first part of drawing your frilled shark, is to draw the head. Draw a semi circle leaving an opening for the mouth. 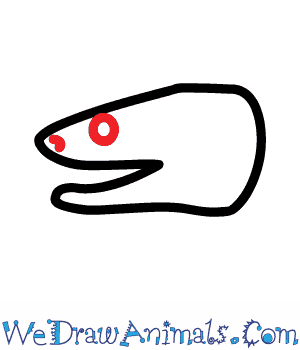 Step 2: Now you will need to add the face. Add a small circle for the eye and a small dot for the nose. 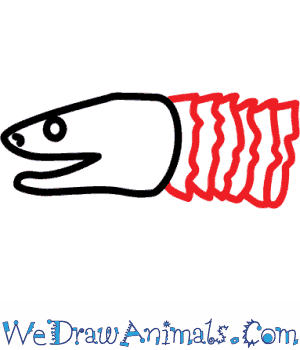 Step 3: Next you will need to draw the gills, by drawing six thin rectangles with jagged lines. 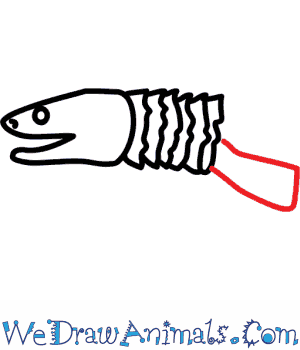 Step 4: The next step is to draw the flipper. To create the flipper, draw a small rectangle coming off of the gills. 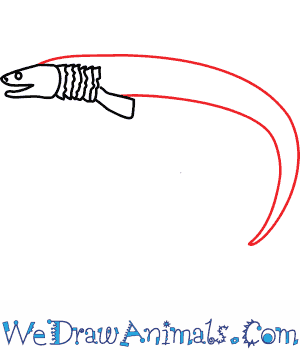 Step 5: For the next step you will want to draw the body. The body can be drawn by drawing two parallel lines that curve around and meet together at the end at a point. 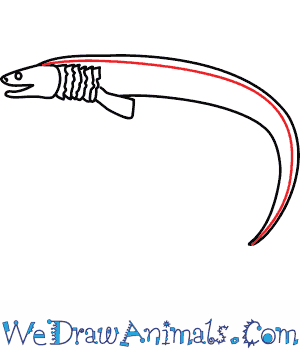 Step 6: Next draw the inner line of the body by drawing a line following the shape of the body slightly from the top. 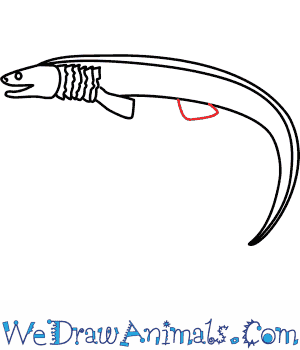 Step 7: Now draw the pelvic fin by adding a half square shape on the bottom of the body. 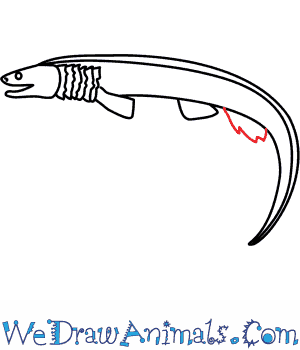 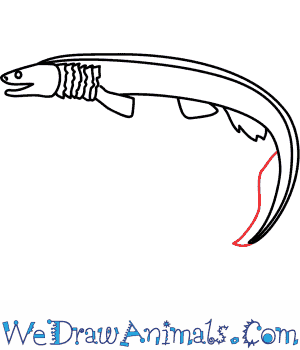 Step 9: The next step is to draw the tail by drawing a curved line coming out from behind the dorsal fin and meeting at the end of the body. Step 10: Finally you will need to draw the dorsal fin by drawing a curved bump on the top of the body. Your Frilled Shark is now drawn.

Interesting Facts about the FRILLED SHARK

The Frilled Shark is a member of the fish family and the scientific term for them is Chlamydoselachus anguineus. This species gets its name because it has a lacy neck from its external gills, and is considered to be a living fossil. The Greek word Chlamy means “frill,” selachus means “shark,” and the Latin word anguineus means “snake-like.”

It is believed to be a sea serpent. They live in the Atlantic and Pacific Oceans, and are brown with an eel-like body. It lunges its bent body to capture its food and swallows it whole, as a snake does. This animal carries its babies longer than any other vertebrate, and do not have a breeding season. Since there are so few of these creatures, they are near threatened to be extinct. 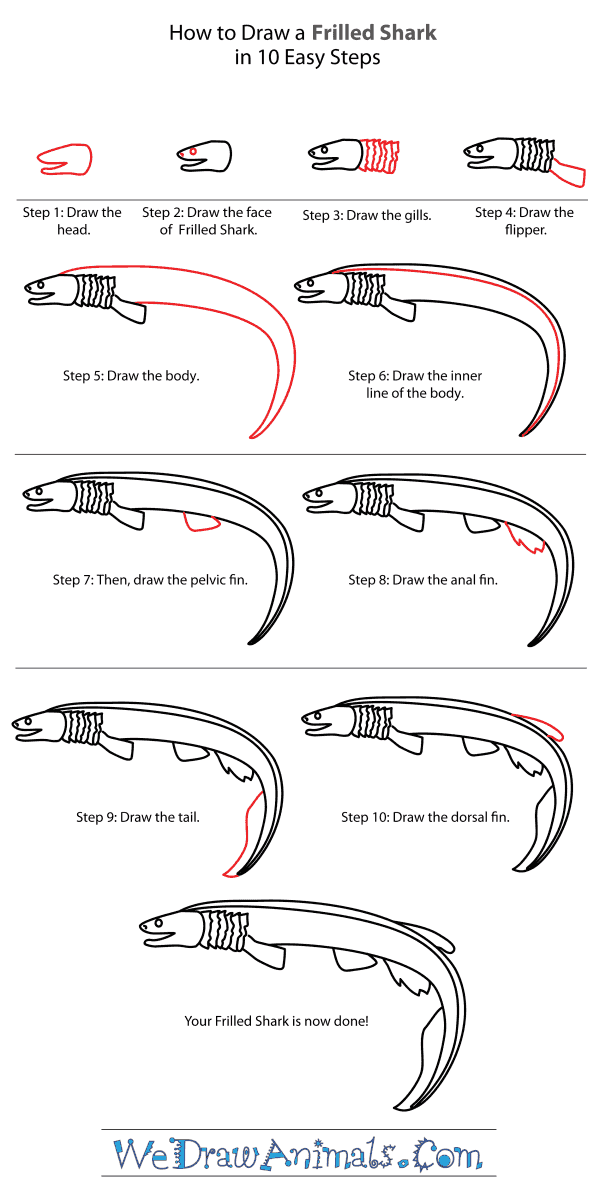 How to Draw a Frilled Shark – Step-By-Step Tutorial