How to Draw a Gazelle 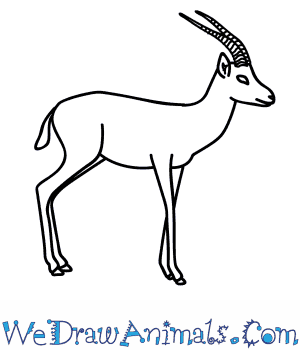 In this quick tutorial you'll learn how to draw a Gazelle in 11 easy steps - great for kids and novice artists.

At the bottom you can read some interesting facts about the Gazelle.

How to Draw a Gazelle - Step-by-Step Tutorial 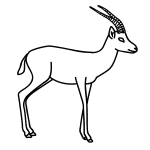 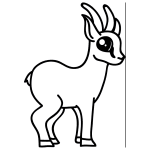 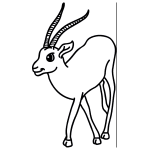 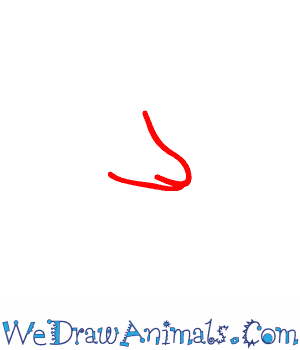 Step 1: Stat drawing your Gazelle by first making a curving line down, that bends around to make the nose and chin. It should curve back and up slightly. Add a small line near the bottom going back to make the mouth 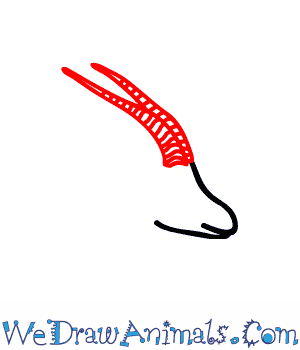 Step 2: How add four lines, starting at the top of the shave you have drawn curving up and to the back to make the horns. Each line should connect with one other at a pointy tip. Make a few lines throughout the horns to give them texture. 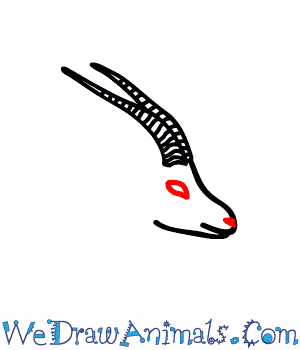 Step 3: Add a small teardrop shape below the horns to make the eye. Put in a dot just above the mouth to make the nose! 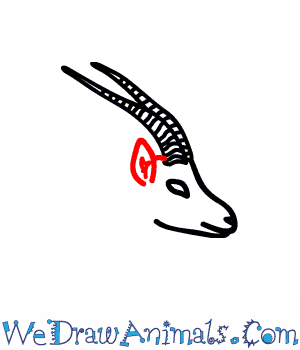 Step 4: Make a diamond shape just behind the horns and eye to make the ear. Don't make the bottom right edge of the diamond though, so it looks more connected to the head. Put a small, straight line that goes up in the middle of the ear to give it texture! 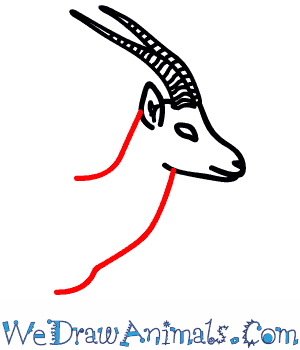 Step 5: Now for the neck. Draw a curving line that goes down from the middle of the ear, and curves backwards. From the bottom of the chin, draw a line that curves down and back as well. 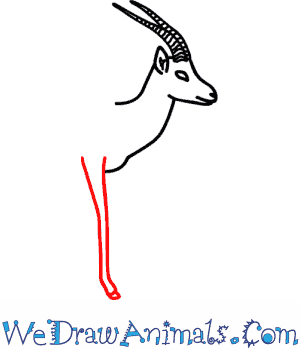 Step 6: For the first tall, thin leg, make two lines just behind the bottom of the neck that start slightly apart, but come quite close at the bottom. The lines should bend forward at the end, and have a small lopsided square at the bottom to make the hoof. 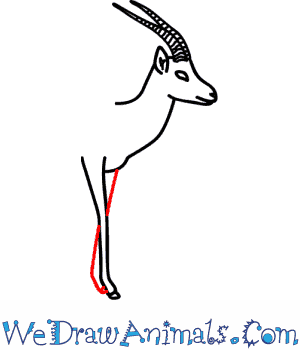 Step 7: Draw a diagonal line that goes through the leg, starting in front of the leg, and ending in a curve just behind the hoof of the first leg to draw the second leg. 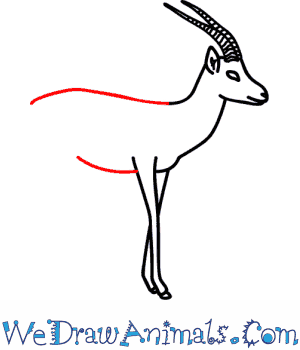 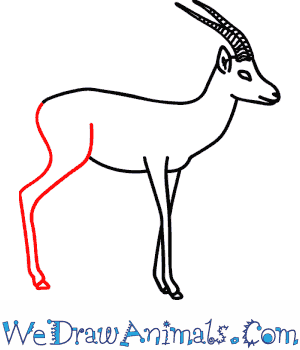 Step 9: Now make the first hind leg. First start by drawing the rear with a curving line that coes down, then curves back. Then make a line that goes down, starting above and just behind the belly and curves into a slant going back, next to the first line you've drawn. Now draw to lnies that go down, and curve towards the front at the end. Connect the two lines with a lopsided square to make hte hoof at the end. 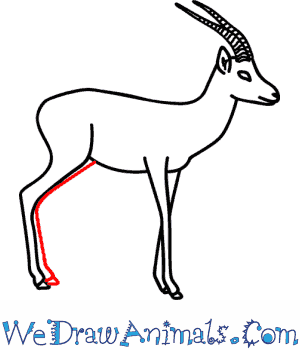 Step 10: Draw a line that is right in front of the back leg, and mimics its shape almost exactly. Add a small hoof at the bottom and you have four legs now! 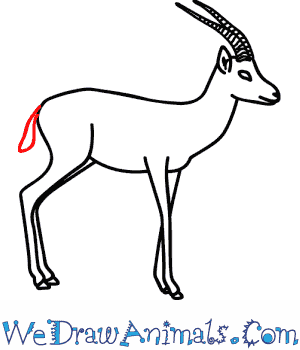 Step 11: Lastly we make the tail, which is just a simple tear-drop shape that starts from the very middle of its back-side, and goes down.

Gazelles are antelopes that are found in Africa and Asia. They are members of the Bovidae family, which includes other animals with split hooves such as the African buffalo, bison, goats, and sheep. There are 19 species of gazelles. They are famous for their graceful stride as they move across the open plains where they live.

After about six months being pregnant, female gazelles give birth to one or two babies at a time. The mothers hide their young in the grass of the plains, and the fawns stay with them until they are old enough to join a herd, which is a group of gazelles. Doe usually stay in the same herd as their mother. Bucks join male-only herds. One herd can have as little as eight or as many as hundreds of gazelles. 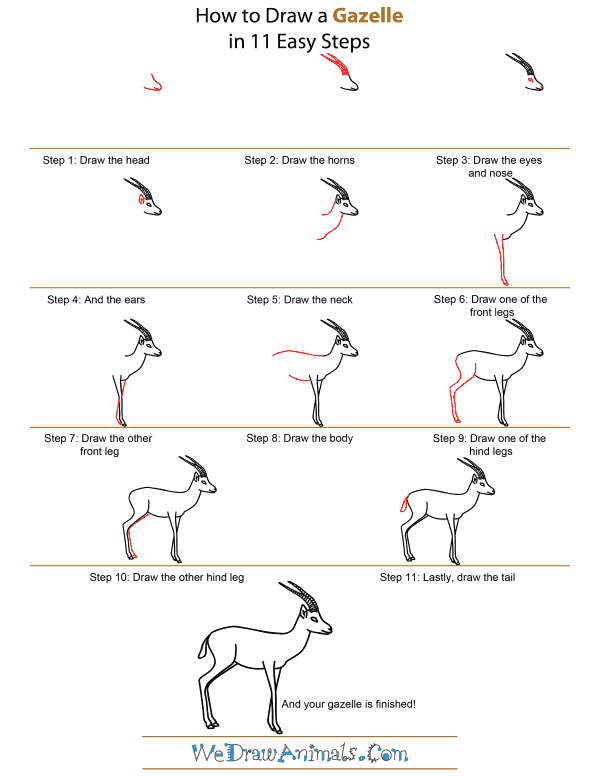 How To Draw A Gazelle – Step-by-Step Tutorial