How to Draw a Siberian Tiger 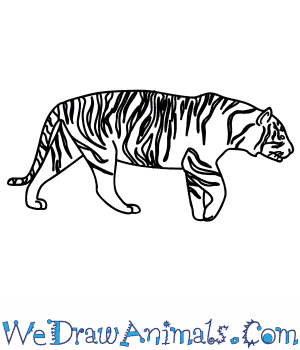 In this quick tutorial you'll learn how to draw a Siberian Tiger in 9 easy steps - great for kids and novice artists.

At the bottom you can read some interesting facts about the Siberian Tiger.

How to Draw a Siberian Tiger - Step-by-Step Tutorial 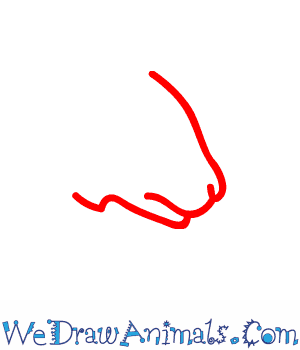 Step 1: Let's start drawing our Tiger by making the head. It's just a few slanted lines, connected by curves! The top of the head is a sloping slanted line going down, curving back into a nose, and eventually into the upper lip. The other line makes the chin, slanting down and to the right, connecting with a small loop to the upper lip. This creates the chin and lower lip, and a smaller line is put after a curve on the back of the chin to make its fuzzy mane. 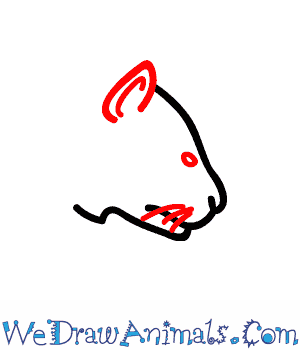 Step 2: The ear is drawn with two looping lines, that don't connect to make circles. The outside one comes to the point at one end, and is long like an oval. The inner one is a C shape. The eye is a simple small oval above the nose. After that, add the whiskers on the tiger's cheek! 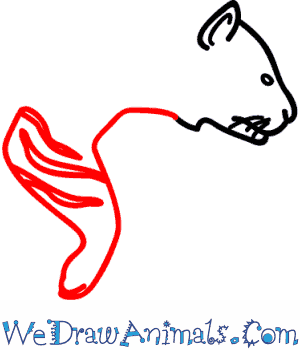 Step 3: Now we draw the front paw. It's a simple set of straight lines that connect in small curves, starting from the mane and down to make a paw. It curves back up to make the back of the leg. Add some stripes while you're here! 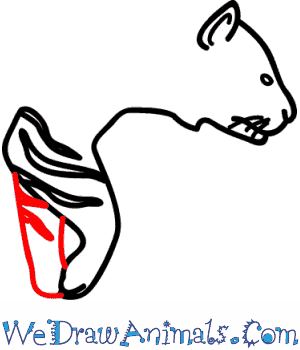 Step 4: Draw two lines that go down just behind the curving leg you've already drawn. Add a curve at the bottom to imply the flat foot of the unseen leg. Add some stripes here too! 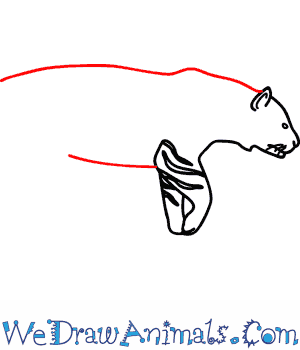 Step 5: Draw the belly and the back with curving lines. The bottom should leave room for the back leg, while the top should have a hump just above the front legs. 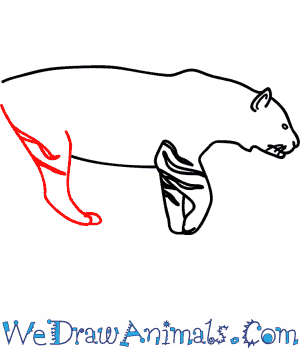 Step 6: The back leg is a simple sock shape, that starts out wide at the top, and gets closer together at the bottom. Add some stripes here too. 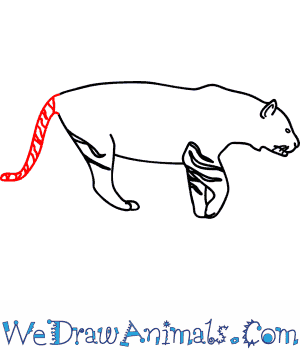 Step 7: Now draw the long, slender tail on its rear. It should be two curving lines that are next to eachother, and connect with a rounded end. Don't forget to put stripes in too! 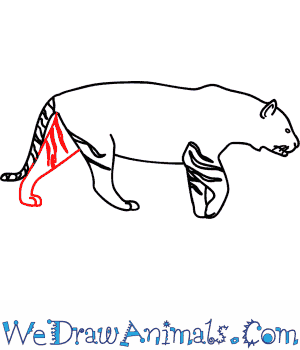 Step 8: Draw the last leg by making another sock shape that like the other back leg, starts wide at the top, and ends up being thinner at the bottom. It should start about one-quarter of the way down the first back leg, and just beneath the tail. Put in stripes here too! 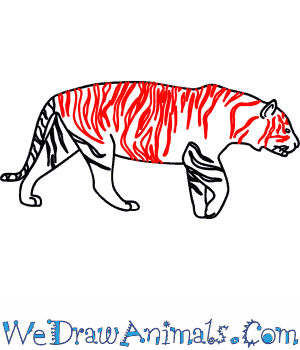 Step 9: Now add a lot of stripes all along the tiger, and you're done! You have a Siberian Tiger!

Siberian tigers have orange-white fur with black stripes. They live in eastern region of Russia, and it is one of the coldest places on Earth. Their thick fur and large bodies help them stay warm. They also live in northeastern China.

Young Siberian tigers, called cubs, stay with their mothers in dens until they are ready to go off on their own after a few years. Siberian tigers live alone and claim their own territory. Males sometimes have two or three females within their territory. 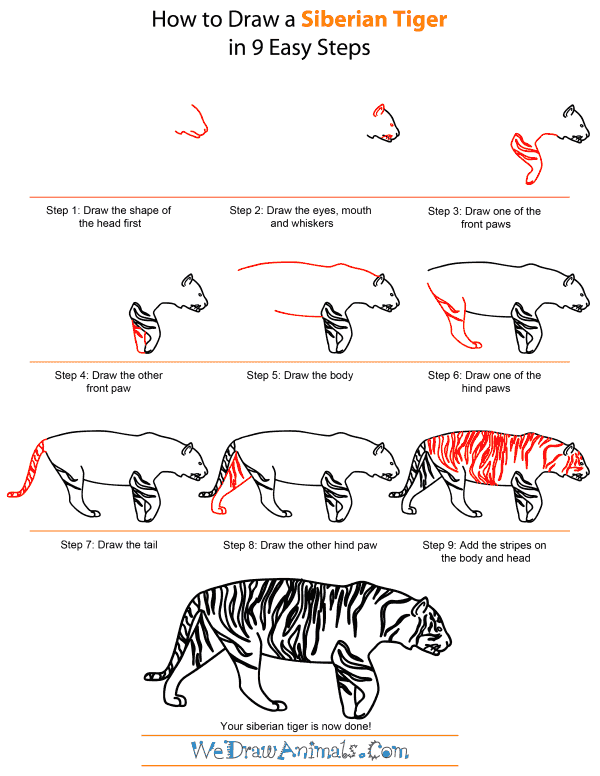 How To Draw A Siberian Tiger – Step-by-Step Tutorial