How to Draw an Orangutan 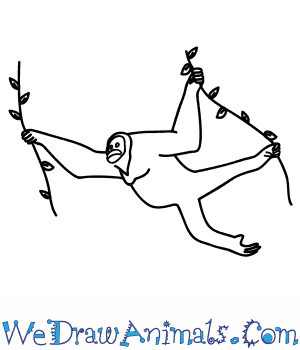 In this quick tutorial you'll learn how to draw an Orangutan in 9 easy steps - great for kids and novice artists.

At the bottom you can read some interesting facts about the Orangutan.

How to Draw an Orangutan - Step-by-Step Tutorial 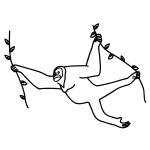 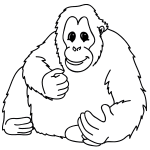 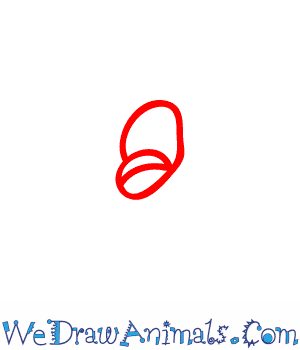 Step 1: Make the head with a half oval with flat edges. Make an oval at the bottom of that first shape with a curved line going through it to make the mouth and lips. 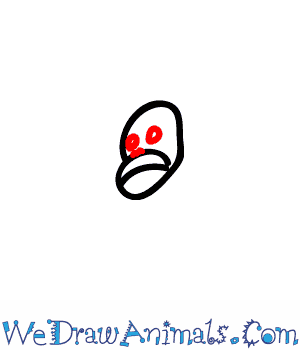 Step 2: Add two circles for the eyes above the mouth. 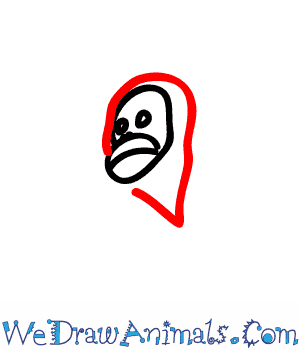 Step 3: Make a teardrop shape to make the hair around the Orangutan's face. The point of the teardrop should be pointing down and only slightly to the back. 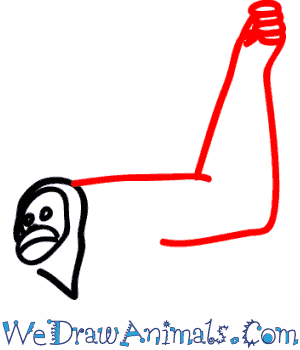 Step 4: Make the first arm by drawing a horizontal line going back from the top of the head. A slanted line should go up from there, into a series of four clenched fingers. Each finger is just a shot rectangle with rounded ends. Make a small line to the bottom left of the fingers to make the thumb. Draw the back of the hand by making a line to slants to the left and down shortly, before curving down and to the right. Put in a round elbow and a horizontal line for the bottom of the arm. 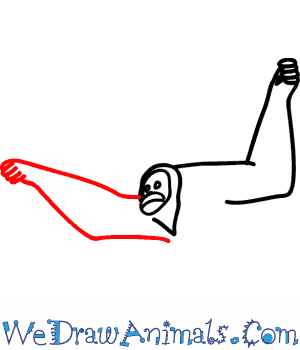 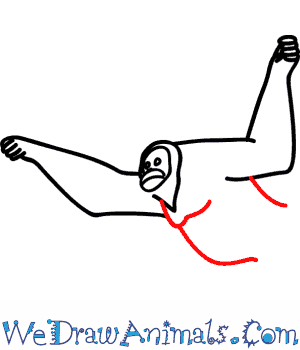 Step 6: Now for his chest and belly! Make a line that curves down from the hair, to the arm you've drawn before. After that it should curve up, and make a bump before ending in another slight curve. The next line should start at the front bottom of the chest, and curve down and to the back to make the belly. Add another curving line below the right arm to make the back. 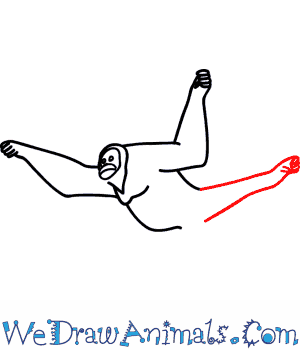 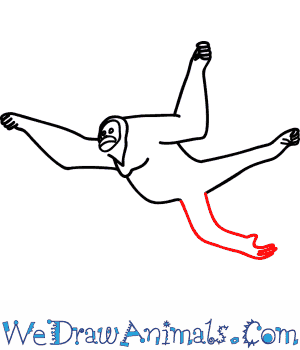 Step 8: Connect the belly and and the rear leg with two lines that go down, and curve back. At the end should be a hand-like shape, with four fingers and thumb. 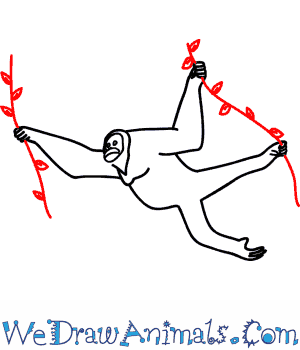 Step 9: Put in two thin vines with leaves for the Orangutan to hold onto, and you're done!

Orangutans are apes that have reddish hair. They are found in the Asian tropical rainforests of Borneo and Sumatra.

Orangutans are able to swing from tree to tree thanks to their hook-like hands and feet and their long arms. To get from tree to tree, they grasp the branches with their legs or arms and swing their bodies to get to the other tree. This same motion is how people get from one bar to the next on the monkey bars. But don’t get confused – orangutans are not monkeys! The difference between apes and monkeys is that monkeys have tails, apes do not. 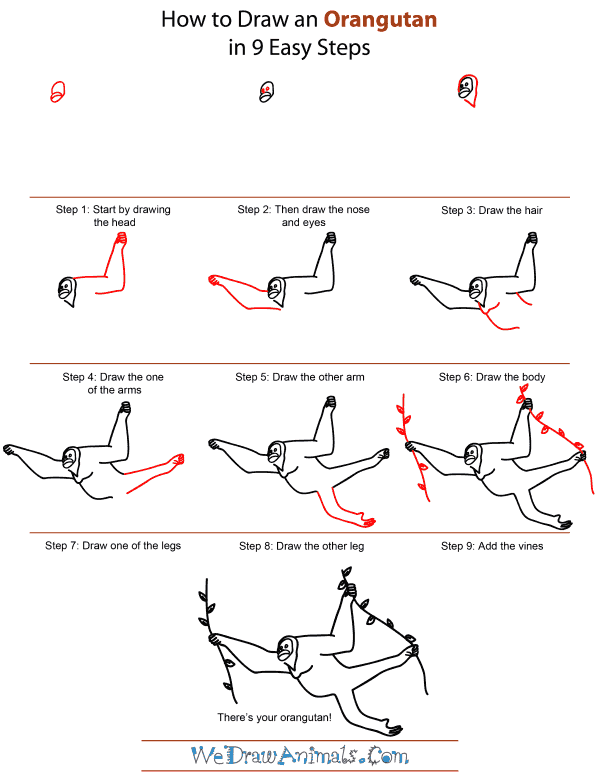 How To Draw An Orangutan – Step-by-Step Tutorial