How to Draw a Trout 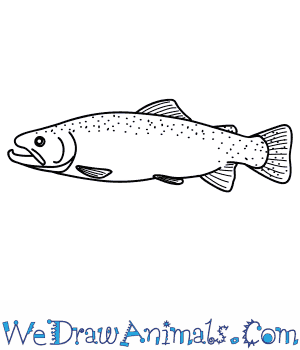 In this quick tutorial you'll learn how to draw a Trout in 8 easy steps - great for kids and novice artists.

At the bottom you can read some interesting facts about the Trout.

How to Draw a Trout - Step-by-Step Tutorial 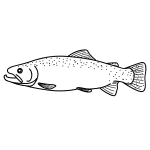 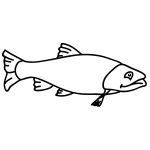 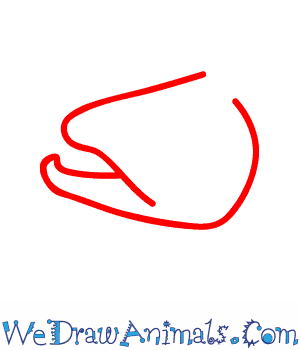 Step 1: Let's draw a trout! Start by making two sides of a triangle for the top of its head, with a rounded corner. Then draw a line that starts about halfway down the bottom side of the triangle, that hooks up at the end. Then, add an outer line of the lower jaw by making a curving line from the end of the last hook. It should curve back, then straighten to slant down. At the back of the head, curve the line up. 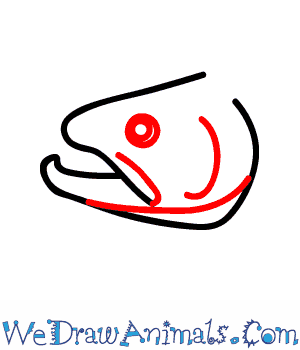 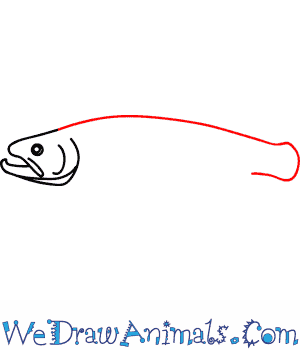 Step 3: Now for the body! It's just a curving line that starts at the top of the head, curving back, and into a wedge shape at the rear. After the wedge, it should curve back towards the front, but don't draw too much there! 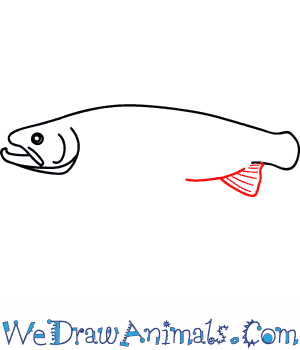 Step 4: Add the bottom fin just infront of the wedge in the back. It will look like a fan, with stripes that run from the body out to the edge. Draw a line to make the belly too while you're at it. 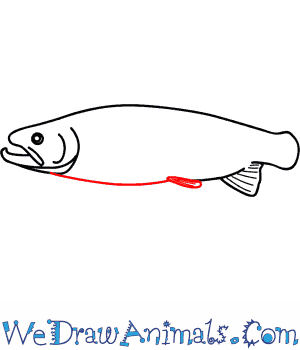 Step 5: Next we have antoher small fin. This is very tiny, and thin, but it will have stripes that go from the body to the edge of the fin. Add the rest of the bottom of the fish with a curving line from this fin to the bottom of the mouth. 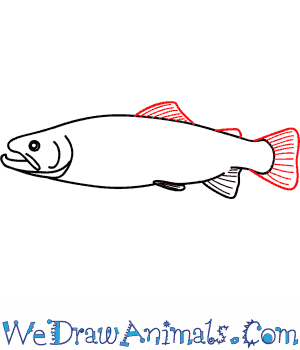 Step 6: Now for three more fins! The top one will be just behind the back's hump, and another small fin will be just above the big bottom fin. The back fin will be a big fan, with big lines that run from the back wedge, out to the tips of the fan shape. 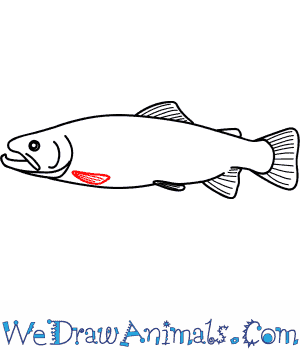 Step 7: The last fin is just behind the gills, near the bottom, but on the body. It will be thin and small, but still have the stripes that other fins have. 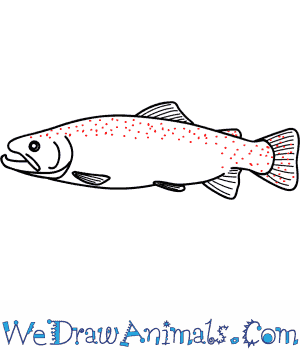 Step 8: Now put a lot of dots on the back and the tail of your fish. Now your Trout is drawn!

Trout are bony freshwater fish that are closely related to salmon and char. Some species of trout venture into saltwater habitats for a few years. The rainbow trout is one of those species. Rainbow trout that spend time in the sea are called steelheads.

Trout is a popular meal for humans. The trout’s natural predators include brown bears and various birds of prey such as eagles. The taste of trout depends on its diet. Trout that primarily ate crustaceans are said to taste better than those that dined mostly on insects. Humans enjoy catching trout for recreation because they put up a good fight when they get caught. 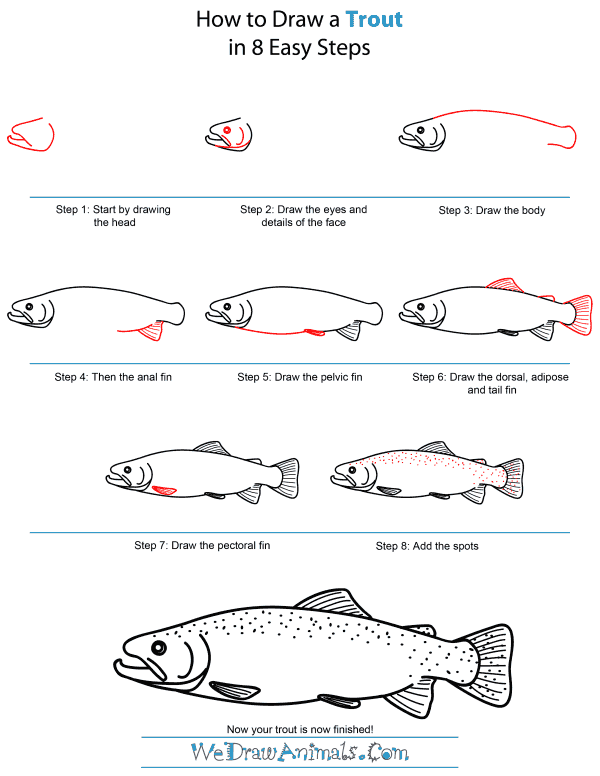 How To Draw A Trout – Step-by-Step Tutorial