How to Draw a Gharial 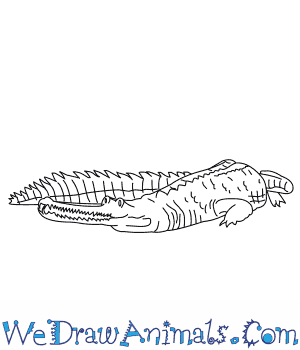 In this quick tutorial you'll learn how to draw a Gharial in 7 easy steps - great for kids and novice artists.

At the bottom you can read some interesting facts about the Gharial.

How to Draw a Gharial - Step-by-Step Tutorial 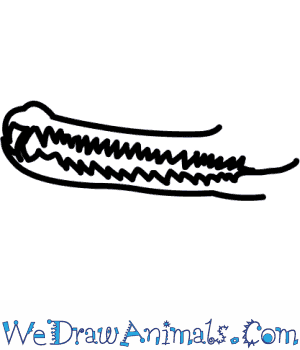 Step 1: Let us start by drawing the mouth and jaws of the Gharial. Gharials have long and thin snouts and their jaws have many sharp teeth. First, draw the outline of the snout and mouth using gently curved lines. Use jagged lines to show the Gharial’s teeth. Use short curved lines to make the front teeth bigger than the other teeth. 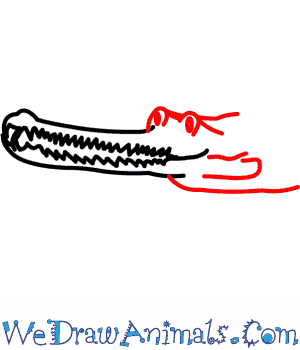 Step 2: Next, draw the face, neck and eyes of the Gharial using gently curved lines as shown in the image. Gharials have round and bulging eyes right on top of their heads. Fill in the eyes. 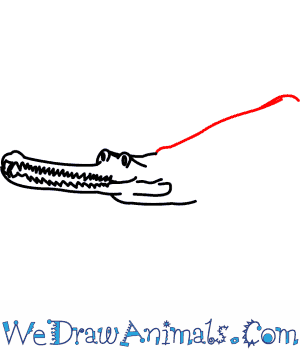 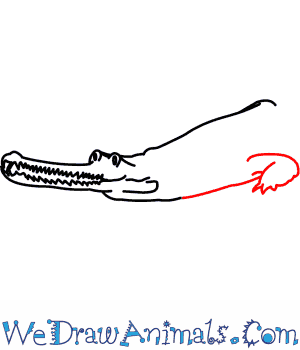 Step 4: Then, draw the front leg using short lines. The Gharial has small and muscular front legs with 4 claws on its foot. 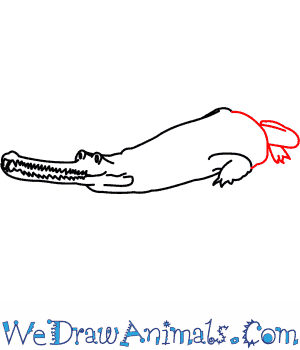 Step 5: Next, draw the hind leg of the Gharial using curved lines. The hind leg is bigger and more muscular than the front leg and the foot has webbed toes. Draw the webbed toes using sharp jagged lines. 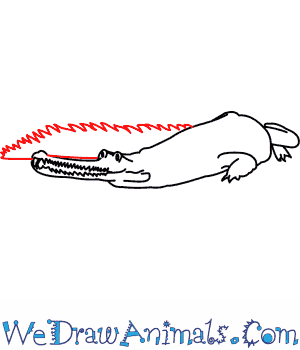 Step 6: Draw the spiny tail of the Gharial using short zig-zag lines as shown in the image. 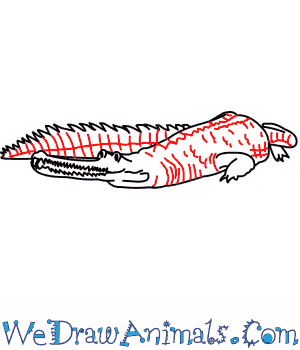 Gharials are a crocodile relation that lives in Southeast Asia in places like Pakistan, Bangladesh, and Nepal. Gharials look like crocodiles with a really long snout. Their bodies are covered in hard scales and their mouths are wide and full of teeth. They can measure up to 3 to 6 meters long. They live in fast moving rivers and hunt from the water. Because their snouts are so thin, the only food they can eat safely is fish, insects, and frogs. In the past 70 years the population of the Gharial has declined a lot! They are considered critically endangered, mostly because of fishermen.

Theme: Meet the Crocs! With so many species of crocodiles why not take a week to study this old an often misunderstood animals? 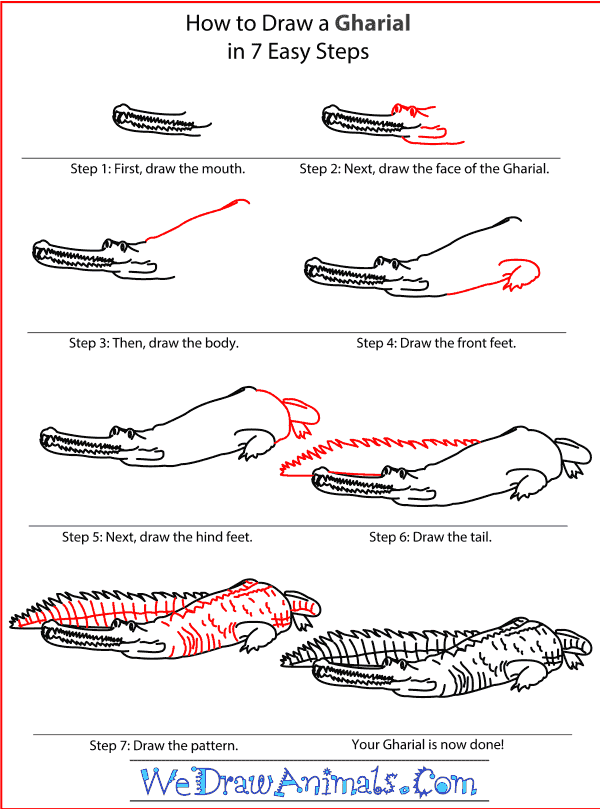 How to Draw a Gharial – Step-by-Step Tutorial

Next post: How to Draw Nala From The Lion King