How to Draw a Ghost Bat 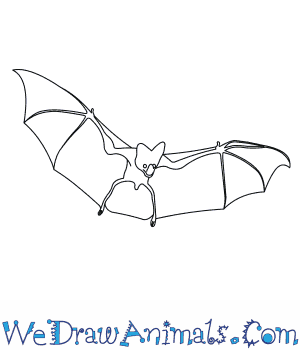 In this quick tutorial you'll learn how to draw a Ghost Bat in 6 easy steps - great for kids and novice artists.

At the bottom you can read some interesting facts about the Ghost Bat.

How to Draw a Ghost Bat - Step-by-Step Tutorial 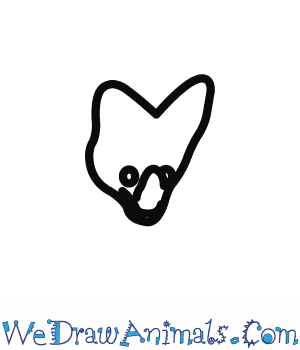 Step 1: First, draw the head, which has noticable ears. At the bottom, add eyes and nose 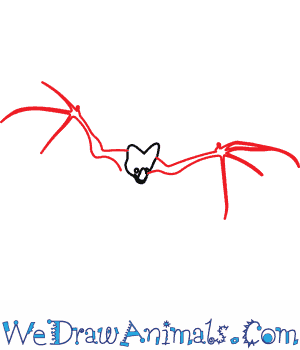 Step 2: Next, draw the hands. The arms extend out on either side, and then end in three very long finer-like fashion 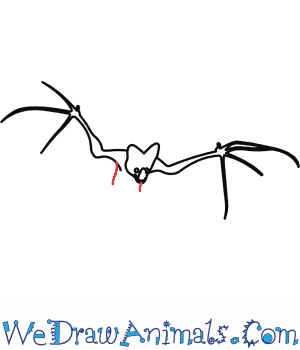 Step 3: For the body, draw two lines that comes down from the arms, near the head 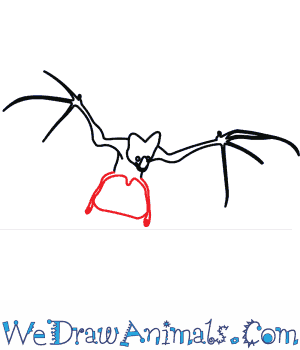 Step 4: Draw the legs. They are very small, and use a line to connect both of them 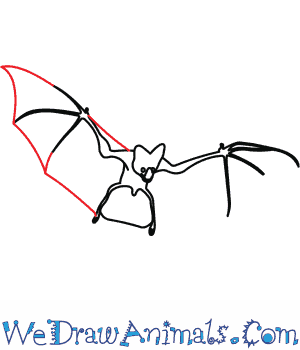 Step 5: To draw the left wing, connect the line that connects the leg with a line that goes through the fingers you made in step 2. 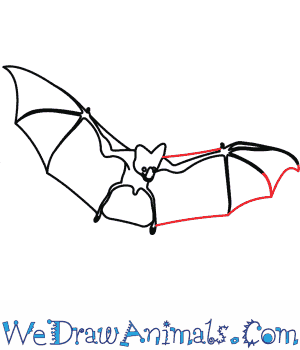 Interesting Facts about the Ghost Bat

Otherwise known as the false vampire bat, the Ghost Bat is native only to Australia where its named for the ghostly appearance of its wings. They are only found in Northern Pilbara, Kimberley, and scattered areas of Queensland where they roost in caves and old mine shafts.

Lesson plan note: Ghost Bats are affected by a number of human activities and conservation members have to be devised to help preserve them. List the current threats to the Ghost Bat territories then ask students how they would manage those problems and help the Ghost Bat. 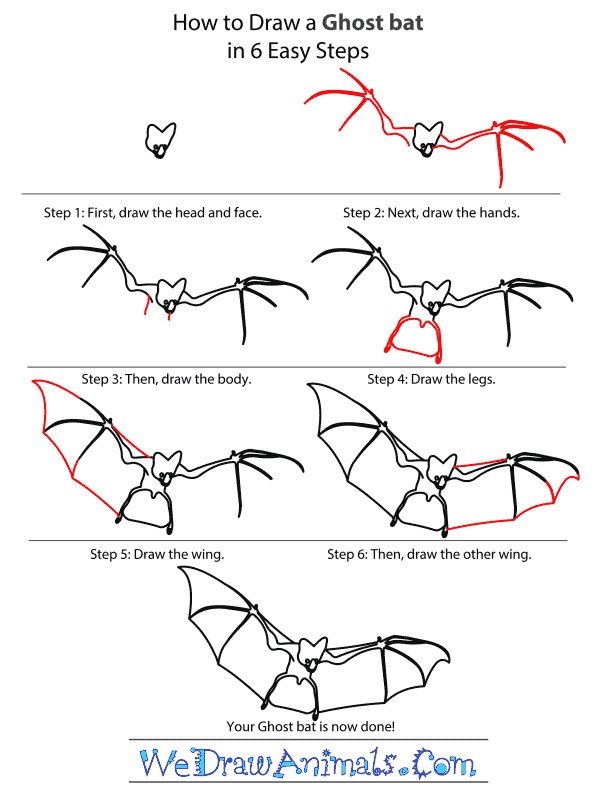 How to Draw a Ghost Bat – Step-by-Step Tutorial

Previous post: How to Draw a Ganges River Dolphin