How to Draw a Golden Hamster 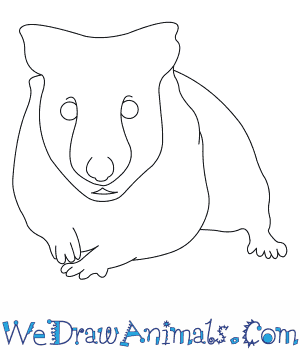 In this quick tutorial you'll learn how to draw a Golden Hamster in 6 easy steps - great for kids and novice artists.

At the bottom you can read some interesting facts about the Golden Hamster.

How to Draw a Golden Hamster - Step-by-Step Tutorial 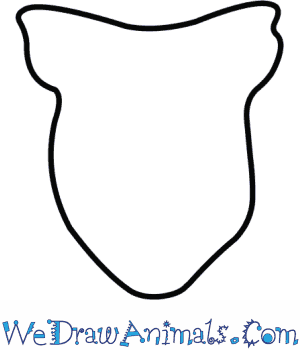 Step 1: To start off, draw the head. Make it pretty big, with it slightly wider at the top for ears. 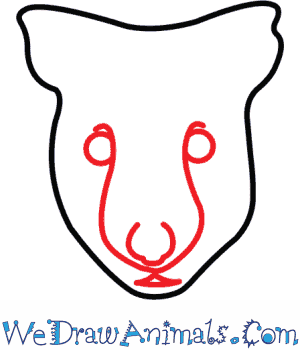 Step 2: To draw the face, first start with the two eyes. Connect the eyes with a line that cirves down towards the bottom and then comes back up. At the bottom, add a ring for the nose, and a line for the mouth. 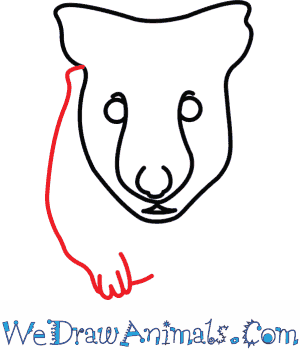 Step 3: Draw the first fromt leg. Start from the left and come down, and add fingers for the paw. Leave space for the other leg 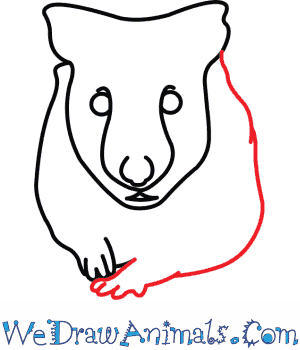 Step 4: Repeat Step 4, except start on the right side this time. 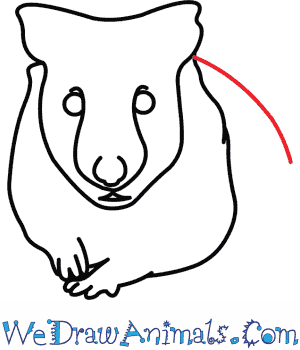 Step 5: Draw the body, which is just a curved line coming from just underneath the right ear 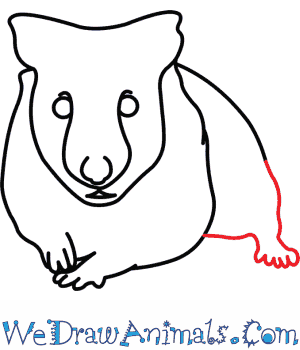 Step 6: Continue the line and make a leg for the hind leg, and then connect it to the body.

Interesting Facts about the Golden Hamster

Also known as the Syrian Hamster, the Golden Hamster is considered vulnerable in the wild found only in Northern Syria and Southern Turkey’s arid regions. They are well established in captivity however, becoming popular pets and scientific research animals all over the world.

Lesson plan note: Golden Hamsters are a common sight in pet stores alongside other hamster species. Ask students what makes Golden Hamsters similar to other hamsters they’ve seen in pet stores and what makes them different. Have them list out their specific differences before asking them what they think makes them different to learn about species differences. 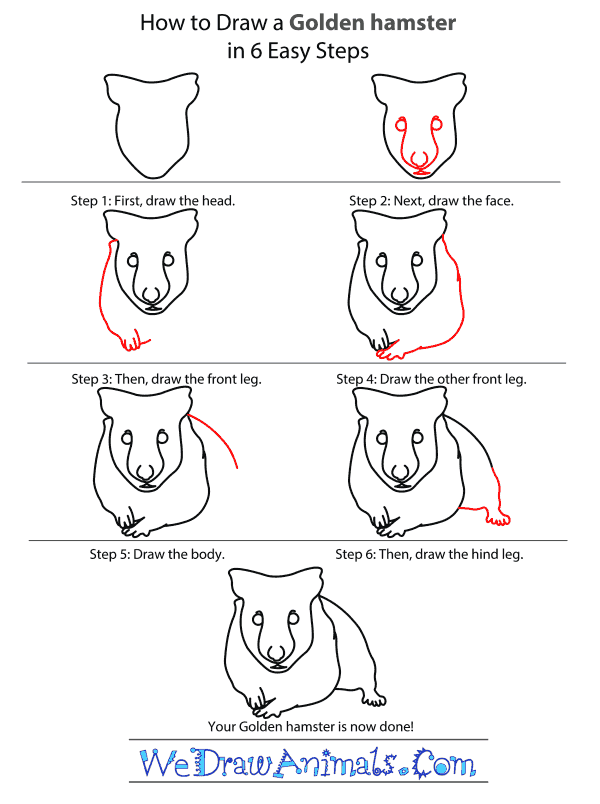 How to Draw a Golden Hamster – Step-by-Step Tutorial