How to Draw a Goby 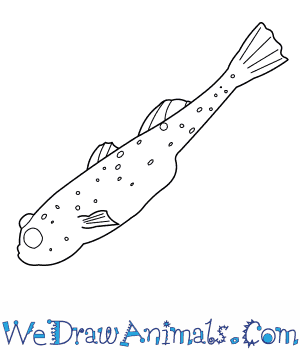 In this quick tutorial you'll learn how to draw a Goby in 8 easy steps - great for kids and novice artists.

At the bottom you can read some interesting facts about the Goby.

How to Draw a Goby - Step-by-Step Tutorial 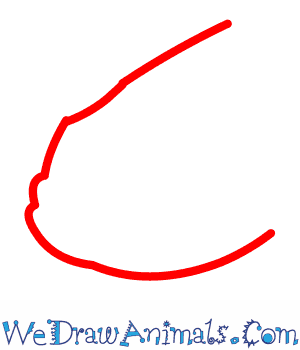 Step 1: First draw the head. It looks like a crooked "U" shape. 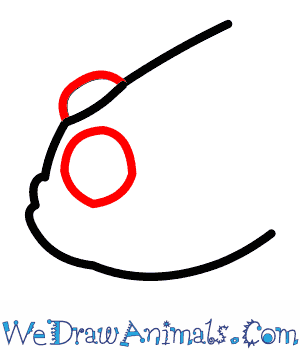 Step 2: Along the top of the head draw a half circle for the back eye. Just below it draw a complete circle to make the other eye. Step 3: Continue the head lines upwards on an angle to create a long thick body. The two lines get narrower at the top. 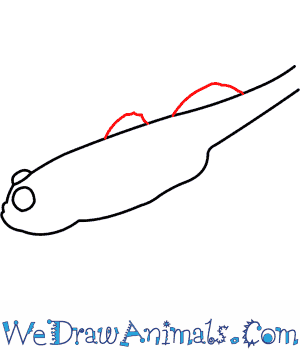 Step 4: Along the top of the body linedraw two large half circles to make the top fins. 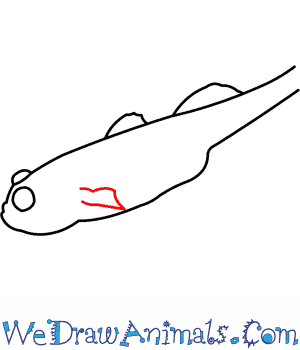 Step 5: Just above the bottom body line draw a squarish middle fin. The left side of the square is open. 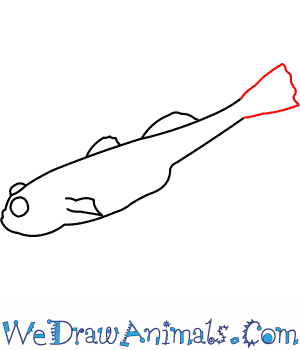 Step 6: At the ends of the two body lines draw the tail. It is wide with a squiggly line that joins the two lines. 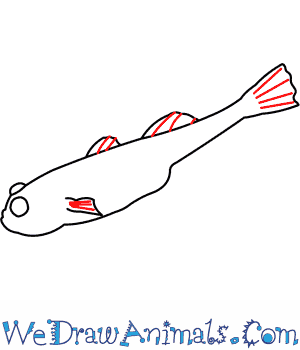 Step 7: Add straight lines inside the fins and the tail. 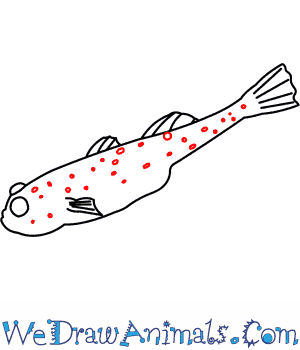 The term “goby” refers to the family of fish known as Gobiidae, one of the largest families of fish. There are over 2,000 species of goby. Most live in shallow marine waters, but a small number are adapted to live in freshwater habitats. Most gobies are small fish, less than 10 centimeters long. Gobies are usually benthic, which means they are bottom-dwellers. They are an important source of food for cod, seabass and haddock, all of which are commercially fished. They are also popular aquarium fish.

One of over two thousand species of goby,Knipowitschia croatica is a species native to bodies of fresh water within the European countries of Croatia, Bosnia and Herzegovina. It is also known as the “Neretva Dwarf Goby” and was discovered as a unique subspecies in 1996. The Neretva Dwarf Goby is classified as a “Vulnerable” species, one step away from Endangered. 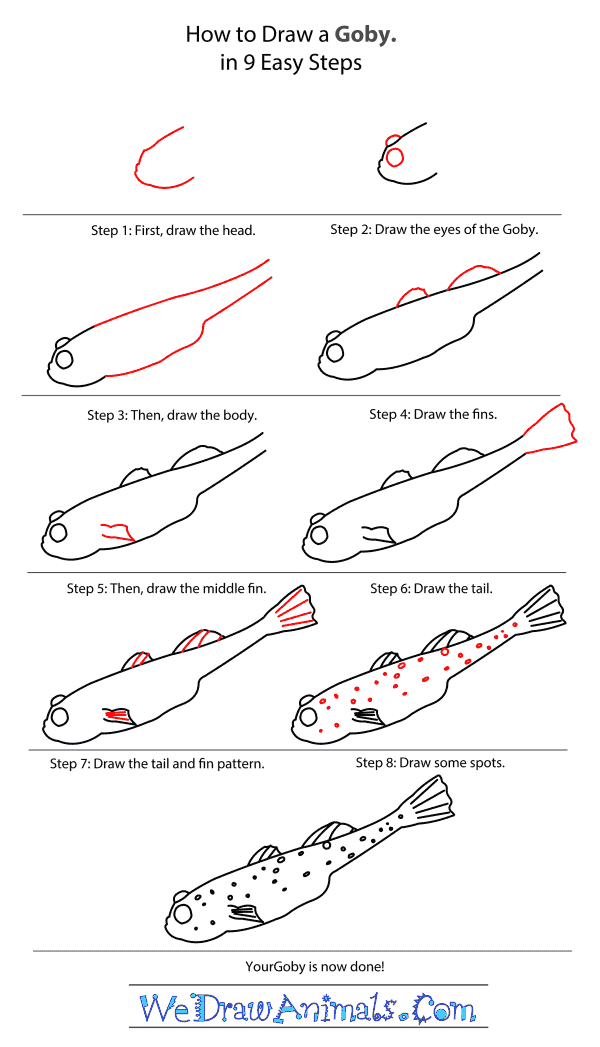 How to Draw a Goby – Step-by-Step Tutorial

Previous post: How to Draw a Giant African Snail