How to Draw a Great Auk 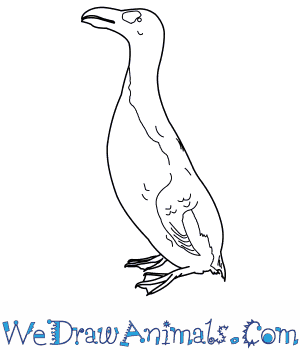 In this quick tutorial you'll learn how to draw a Great Auk in 9 easy steps - great for kids and novice artists.

At the bottom you can read some interesting facts about the Great Auk.

How to Draw a Great Auk - Step-by-Step Tutorial 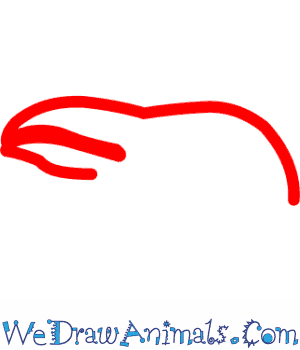 Step 1: Start the auk by drawing the head and beak. The head is a short line that curves down. The beak is a slightly curved triangle shape with a pointy beak. Draw a short line from the end of the beak to the bottom of the head line. This is the mouth. 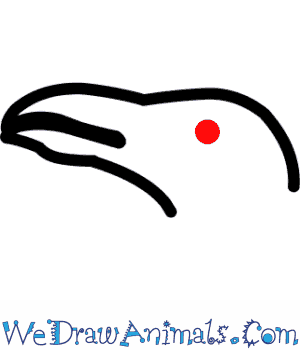 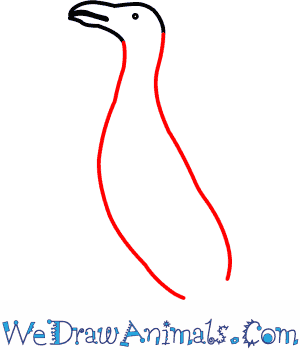 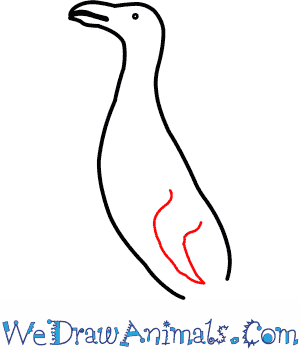 Step 4: About midway down the back line start drawing the short wing. The top of the wing is wide. Then the two lines bend to the right and down into a point. The point of the wing ends just between the bottom of the two body lines. 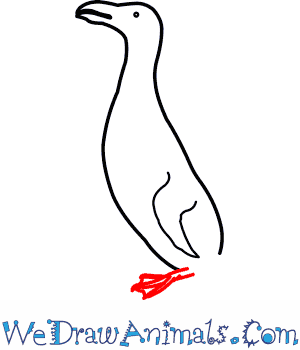 Step 5: At the bottom of the left body line draw the short leg. There are three long, pointy toes. There is a line between the tips of the toes. This makes the webbed feet. 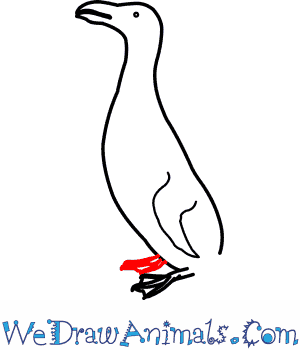 Step 6: Just above the first foot draw the three webbed toes of the other foot. 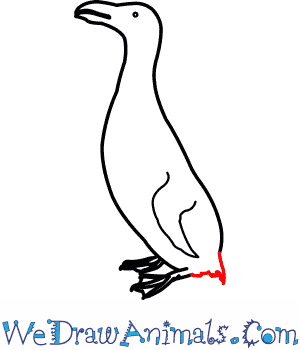 Step 7: Join the front leg line to the right body line to make the tail. Draw a squiggly line with a small pointy tail. 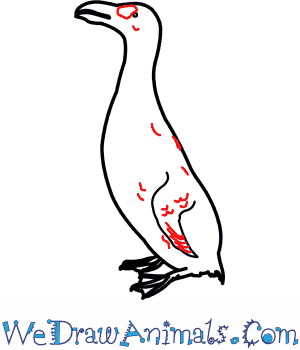 Step 8: Add squiggly lines to the wing and along the body. There are several curved lines at the tip of the wing. Draw a large circle just beside the eye. 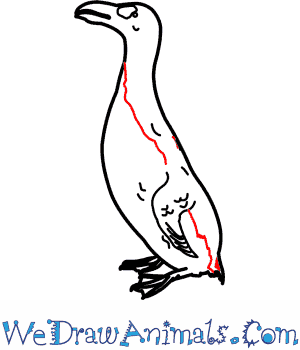 Step 9: There is a long bumpy line that runs along the body from the neck line down to the tail.

The Great Auk was a north Atlantic species of flightless bird that was hunted to extinction in the mid-1800s. It was a large and impressive bird with black and white plumage, a hook-shaped, deeply-grooved and heavy beak and small wings. When grown, it stood 75 to 85 centimeters call and weighed roughly 5 kilograms. The Great Auk was a strong and capable swimmer, and hunted for fish.

The Great Auk was one of the first animals to inspire environmental laws. Sadly, these laws came too late. By the time people realized how rare the Great Auk had become, a frenzy to collect samples of the bird’s skin and eggs for display in museums erupted. The last two confirmed individual Great Auks were killed an island off the coast of Iceland on July 3, 1844.

How to Draw a Great Auk – Step-by-Step Tutorial