How to Draw a Goliath Frog 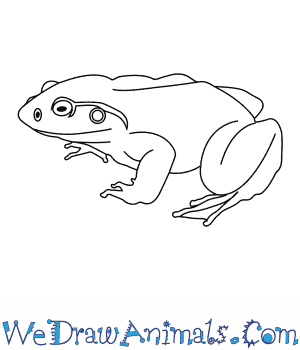 In this quick tutorial you'll learn how to draw a Goliath Frog in 6 easy steps - great for kids and novice artists.

At the bottom you can read some interesting facts about the Goliath Frog.

How to Draw a Goliath Frog - Step-by-Step Tutorial 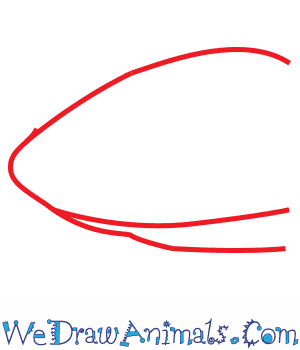 Step 1: Let us start by drawing the outline of the Goliath Frog’s face using a roughly oval shape. 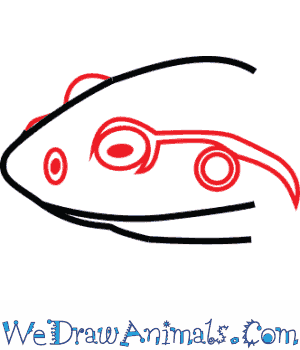 Step 2: For the eye of the frog, draw a small oval and then draw a smaller oval inside it. Color in the middle part of the eye. Draw a small arch for the other eye on the other side of the frog’s head. Draw small ovals for the frog’s nose and nostrils. Draw a circle and a ring around it for the Goliath Frog’s ear and add the fold detail on the face as shown in the image. 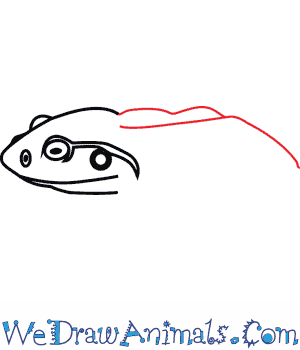 Step 3: For the top and back part of the frog’s body, draw gently curved lines as shown. 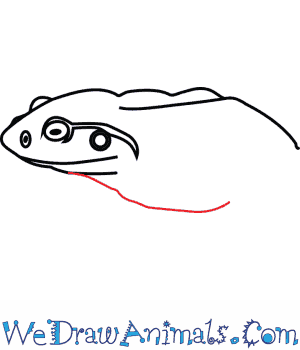 Step 4: Draw the belly of the Goliath Frog using another gently curved line. 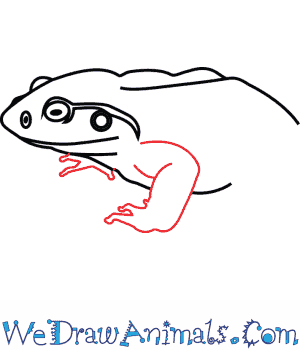 Step 5: Draw the front leg of the frog using L- shaped lines and curved lines. The front leg is smaller and thinner than the hind leg. Draw three fingers for the frog’s hand. Draw the other hand below the Goliath Frog’s body. 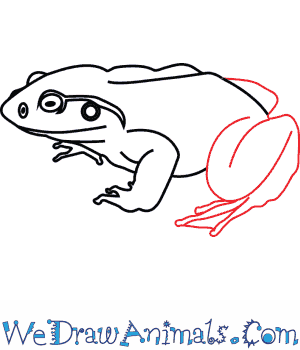 Step 6: Use curved, narrow U- shaped lines to draw the hind leg of the frog. Draw three toes with rounded tips for the frog’s foot and add small lines to show the webbing between the toes. Draw the other hind leg behind the frog’s body. After you finish your drawing, you can color it.

The Goliath Frog is a huge frog only found in Africa. It lives in tropical rainforests near fast running rivers and waterfalls. The Goliath Frog looks like any normal from except it is 17 to 32 inches long. They heavy too at a whopping 3250 grams! The frogs blend in well with their watery homes they are green to brown in color with their undersides being kind of yellow. Goliath Frogs eat like any other frog: bugs, crustaceans, smaller frogs, and yes even small mammals like mice.

Theme: It’s frog day! Plan a week’s curriculum around different frogs in the world. Show your students that frogs come in all shapes and sizes! Start from the smallest frog in the world to the biggest. Add cultural studies as you go and use the diversity of the amphibian world to inspire you. 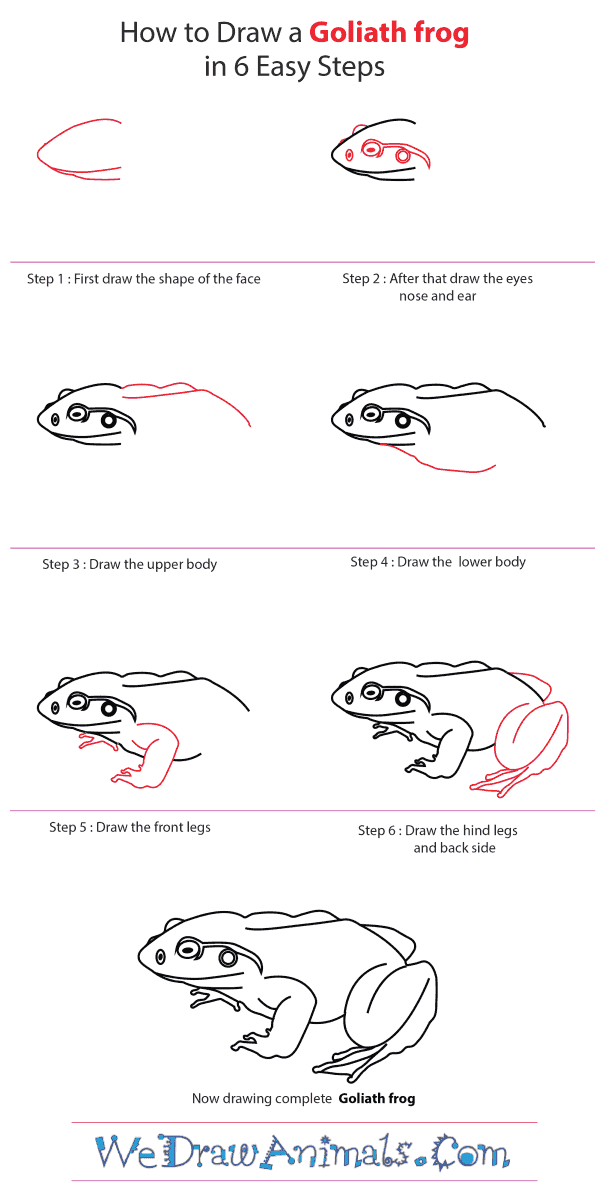 How to Draw a Goliath Frog – Step-by-Step Tutorial

Previous post: How to Draw Pinky And The Brain