How to Draw a Great Tit 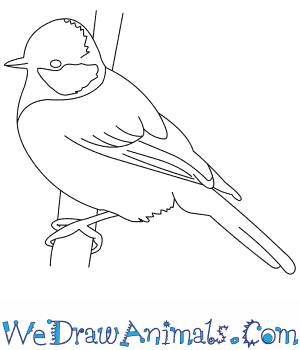 In this quick tutorial you'll learn how to draw a Great Tit in 7 easy steps - great for kids and novice artists.

At the bottom you can read some interesting facts about the Great Tit.

How to Draw a Great Tit - Step-by-Step Tutorial 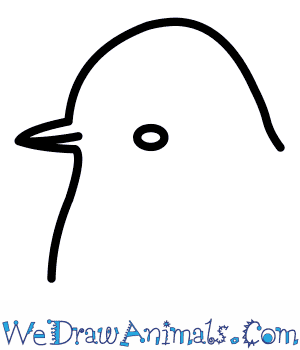 Step 1: First, draw the pointed beak of the Great Tit. Then, use a curved line to draw the rounded head of the bird. Now, draw a tiny oval for the eye and then draw a small line across the beak to show the beak separation. 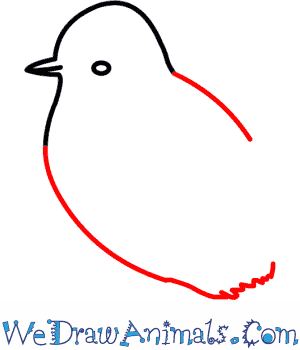 Step 2: Draw the rounded body of the Great Tit using curved lines. Draw the lower part of the bird’s body using a wavy line. Leave some blank space for the wing and tail. 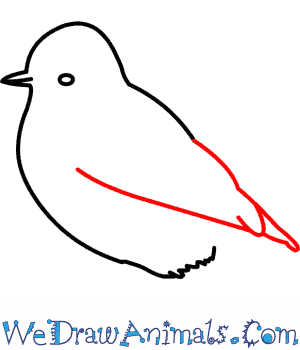 Step 3: Draw slanting lines to outline the pointed wing as shown in the image. Draw the feather detail on the wing. 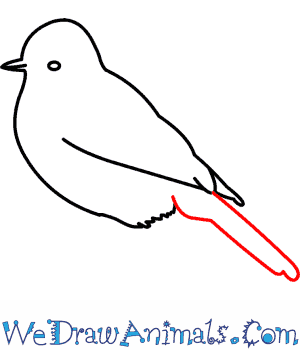 Step 4: Draw the long and thin tail of the Great Tit using curved lines and gently slanting lines. Draw the edge of the tail feathers using a wavy line. 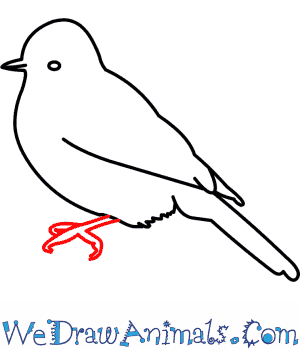 Step 5: Start from the body of the bird and draw two slanting lines for the leg. Then, draw three claws that are curved in at the ends as shown in the image. Leave some space between the claws. 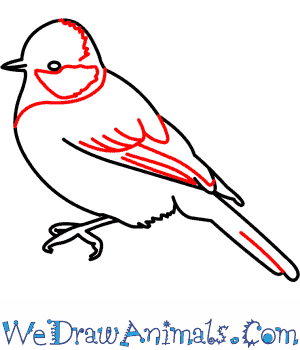 Step 6: Let us now add the feather details of the Great Tit using curved lines on the wing and a slanting line on the tail. Draw the curved ring detail on the bird’s neck and use a wavy line to draw the roughly triangle shaped marking on the face. Add the feather detail on the top of its head using a small wavy line, taking care to follow the rounded outline of the head. 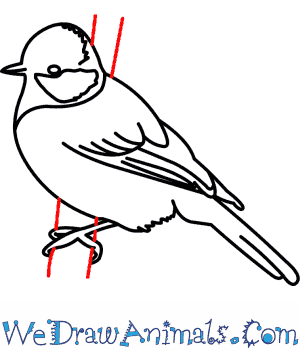 Step 7: To make it look like the Great Tit is sitting on a tree branch, draw two slanting lines in the space between the bird’s claws. The drawing is now complete and you can start to color it.

The great tit is a bird commonly found in urban gardens throughout Europe, Asia and even Northern Africa. In general, the Great Tit has a green and yellow body and black head with a white cheek patch. However, there are actually fourteen subspecies of Great Tit, and there can be subtle differences in how they look.

The great tit is one of the most widely-spread types of birds. They enjoy living in mixed woodland areas but also tend to live in the same places people do. Because they have been so readily able to adapt to humans, Great Tits are not in any danger of losing numbers or becoming extinct. 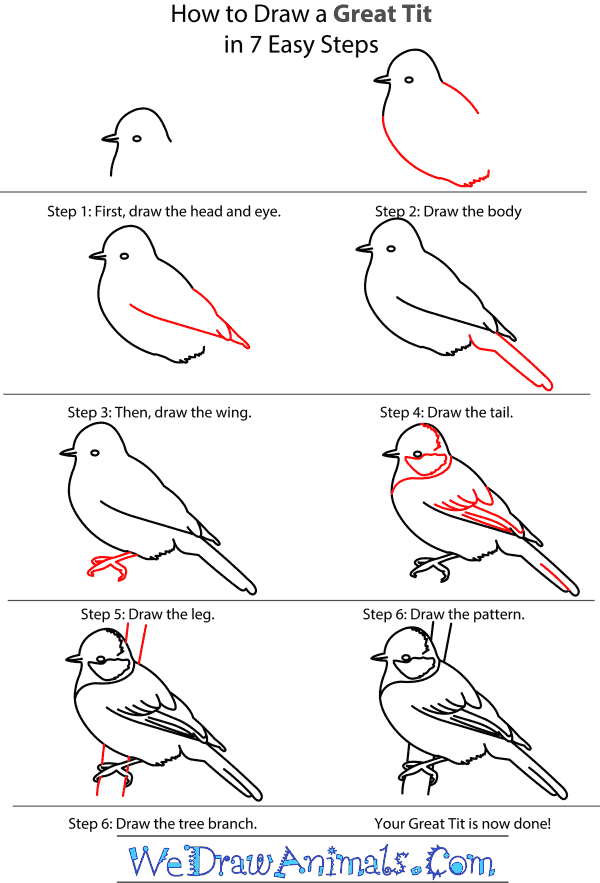 How to Draw a Great Tit – Step-by-Step Tutorial