How to Draw a Grizzly Bear 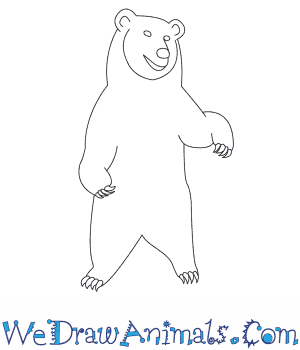 In this quick tutorial you'll learn how to draw a Grizzly Bear in 8 easy steps - great for kids and novice artists.

At the bottom you can read some interesting facts about the Grizzly Bear.

How to Draw a Grizzly Bear - Step-by-Step Tutorial 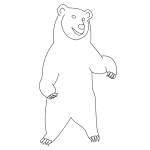 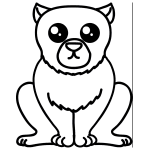 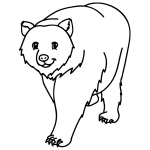 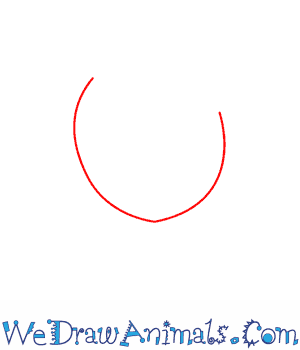 Step 1: Let's draw a bear! Trace a deep U for your bear's face shape. 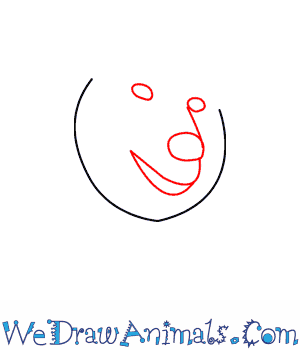 Step 2: Next, draw two small circles for the eyes. Trace a line down the front and then another medium-sized circle and there's your nose! Finish the face by giving your bear a smile! 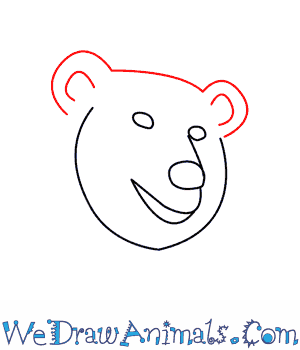 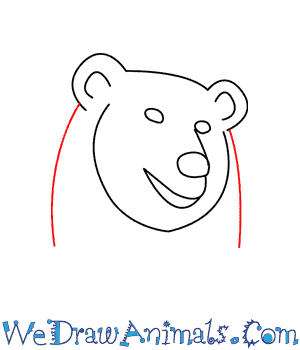 Step 4: Coming down from the ears, trace a curbed line for the neck. 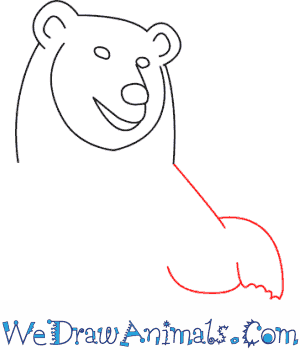 Step 5: From the neck, draw a straight line coming out for the arm, and from there, trace another curbed line for the paw. 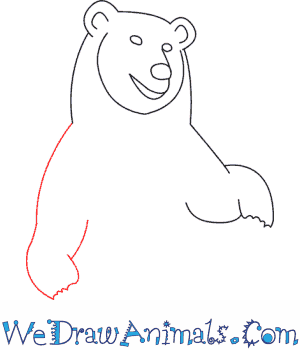 Step 6: Coming down from the other side of the neck, draw the other arm. Here's a hint: this arm isn't bent, so it will look longer than the other arm. 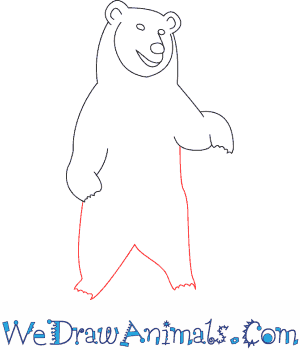 Step 7: Draw the rest of the body and the legs by a line coming down from either side of the bear's arms, then add in the legs by tracing an upside-down letter V so that your lines meet. 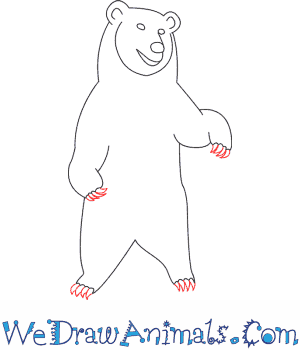 Step 8: Last, draw in some claws at the end of both the arms and the legs of the bear. There's your grizzly bear!

Grizzly bears live in the western part of Canada and in the United States, specifically the state of Washington, Wyoming, Alaska, Montana, and Idaho. They are also called brown bears, although they can be other colors such as silver, blonde, white, and black.

Grizzly bears hibernate in the winter, which is for about four months. Before they go into hibernation, they eat more food than usual. This food produces an extra layer of fat in their bodies so that they stay warm during winter. While getting ready for hibernation, they can gain as much as three pounds a day. They usually hibernate in dens. 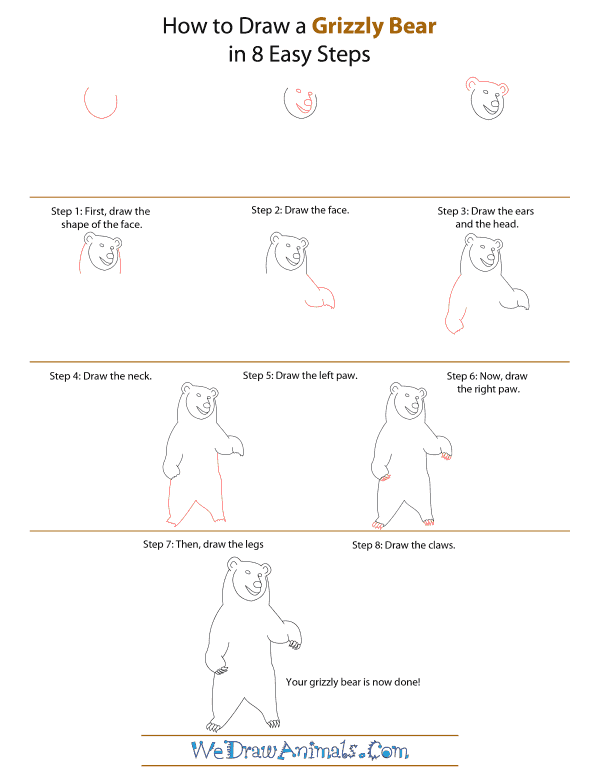 How To Draw A Grizzly-Bear – Step-by-Step Tutorial