How to Draw a Guanaco 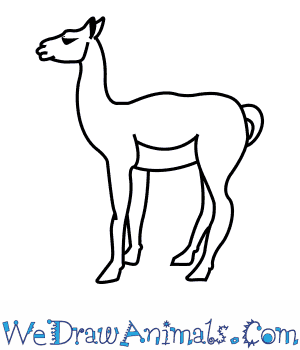 In this quick tutorial you'll learn how to draw a Guanaco in 8 easy steps - great for kids and novice artists.

At the bottom you can read some interesting facts about the Guanaco.

How to Draw a Guanaco - Step-by-Step Tutorial 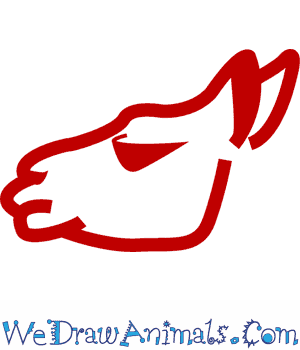 Step 1: Draw a right triangle, with the 90° corner on the bottom right side. On the bottom left corner, add a backwards number 3-shape for the lips. Draw a triangle in the top corner for the eye. Add a little triangle on the top so you have two ears. 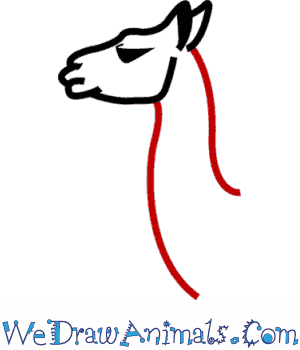 Step 2: For the neck, draw a long downward curve behind the ears. Draw another curve like the first under the chin. 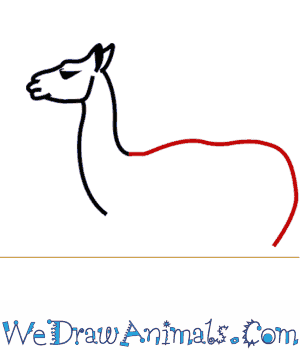 Step 3: Draw a big, curving J-shape behind the neck for the outline of the body. 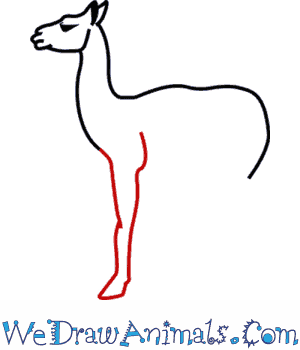 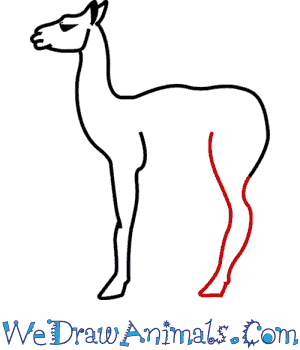 Step 5: For the hind leg, draw two long, stretched S-shapes pointing straight down, by the rear end. Draw a triangle on the bottom for the hoof. 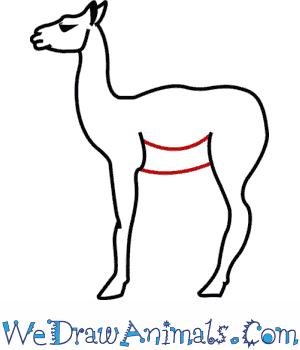 Step 6: Draw a curved line that connects the front leg and the hind leg. Draw another curving line beneath the first one. 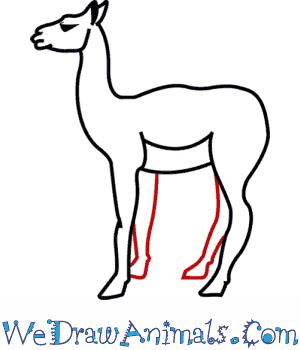 Step 7: Repeat steps 4 and 5 for the second pair of legs. 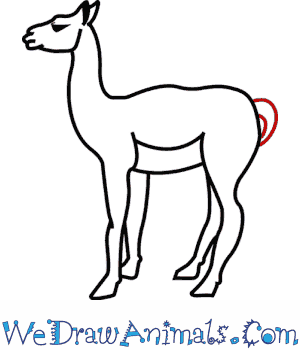 Step 8: Add two little curved lines on the rear end for the tail. Your guanaco is complete! Now you can color it. Guanacos have a grey face. Their upper sides are typically light brown to dark read, with white undersides.

Interesting Facts about the Guanaco

The guanaco is a type of camelid that can be found in South America. These creatures are normally between 1 to 1.2 meters tall to their shoulder and will weigh around 90kg. There isn’t a large variation of color for these animals, normally appearing to be light brown to a dark reddish brown color with white on the underbelly and gray faces.

How to Draw a Guanaco – Step-by-Step Tutorial

Previous post: How to Draw an Eastern Box Turtle