How to Draw a Nilgai 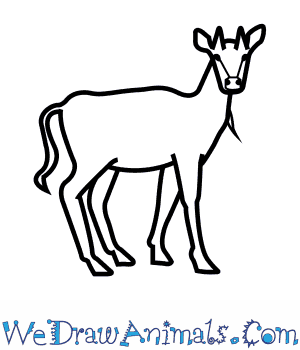 In this quick tutorial you'll learn how to draw a Nilgai in 9 easy steps - great for kids and novice artists.

At the bottom you can read some interesting facts about the Nilgai.

How to Draw a Nilgai - Step-by-Step Tutorial 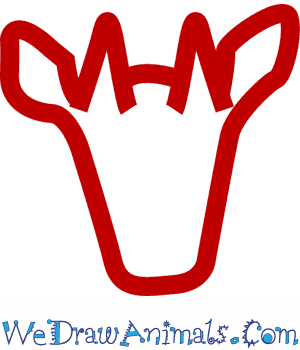 Step 1: Make the head by drawing a trapezoid with a wide top and narrow bottom. Draw two triangles on top for the horns, and add a diamond shape on both of the top corners for the ears. 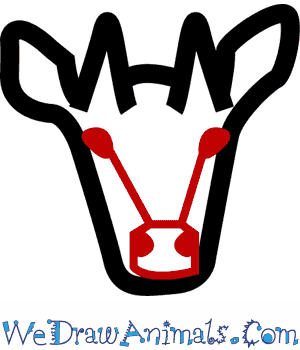 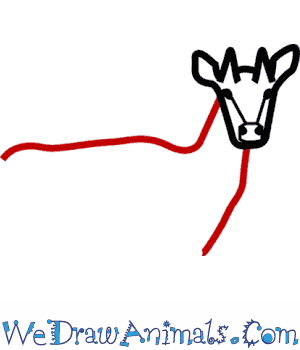 Step 3: Draw a line straight down from the chin, and another from behind the ears, that bend to the side to make the neck. 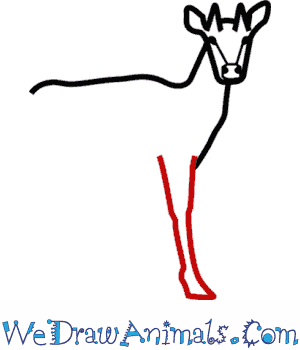 Step 4: For the first front leg, draw two straight lines down from the front of the body, that end in a triangle. 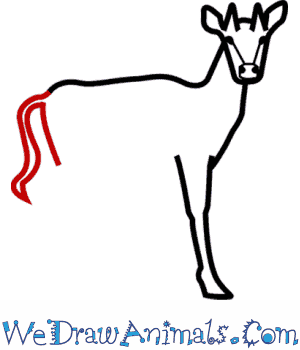 Step 5: At the end of the body, draw a line curving down for the rear. Add a curvy line for the tail. 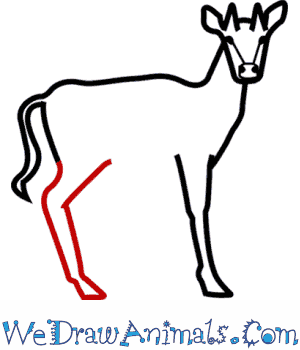 Step 6: For the hind leg, draw two lines pointing to the end of the body, then connect them to two more lines that angle to the front of the body, ending in a triangle. 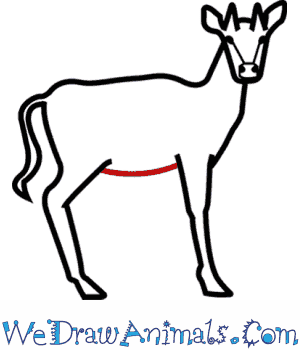 Step 7: Draw a curve connecting the front and back legs. 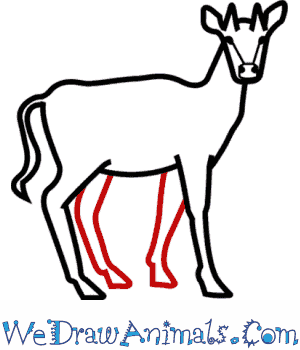 Step 8: Repeat steps 5 and 6 for the second pair of legs. 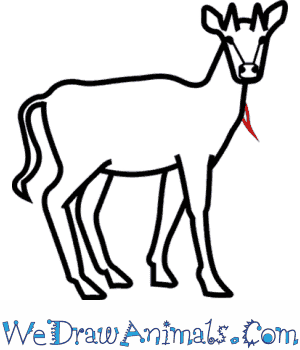 Step 9: Draw a small triangle at the bottom of the neck.

Interesting Facts about the Nilgai

The nilgai is the largest out of all of the Asian antelope and is one of the most commonly found animals in India. The most common places that you will find these animals are in farmlands or scrub forests. The nilgai often will grow to be around 1.1 to 1.5m in height to the shoulder and 1.7 to 2.1m in total height to the top of the head. The nilgai frequently weighs around 109 to 288kg. 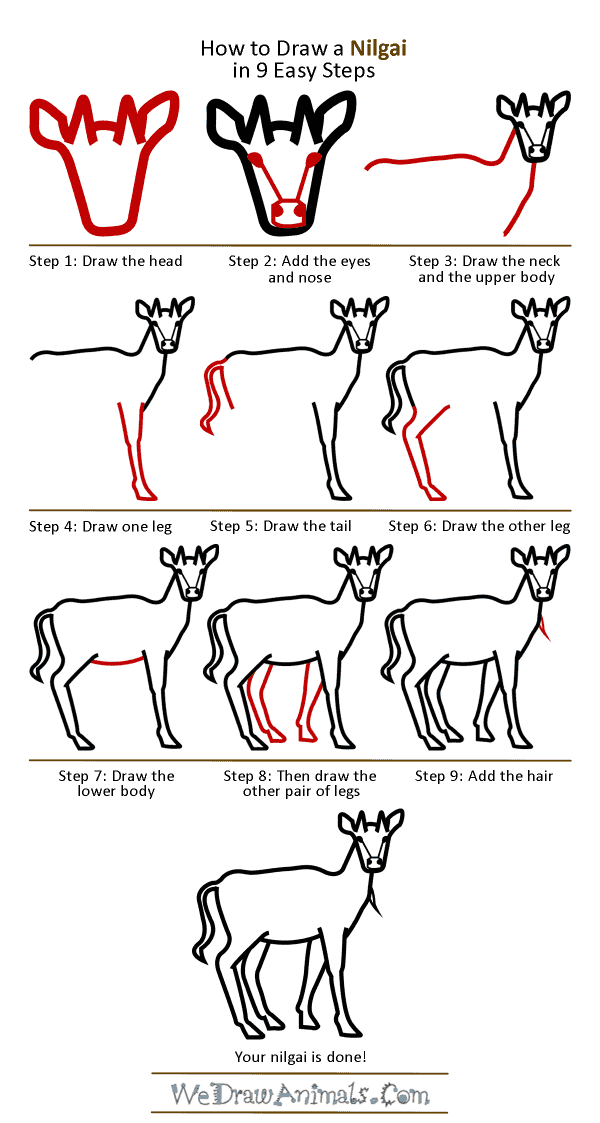 How to Draw a Nilgai – Step-by-Step Tutorial