How to Draw a Roe Deer 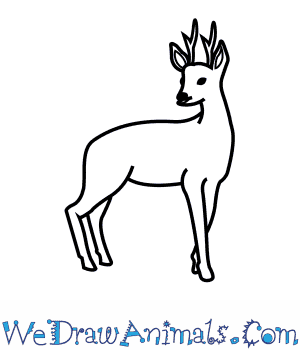 In this quick tutorial you'll learn how to draw a Roe Deer in 7 easy steps - great for kids and novice artists.

At the bottom you can read some interesting facts about the Roe Deer.

How to Draw a Roe Deer - Step-by-Step Tutorial 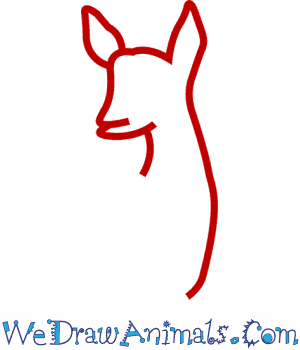 Step 1: Draw a teardrop shape, with the point down and the rounded end up for the head. For ears, draw two smaller teardrops on the head—this time with the points on top. Draw two curves beneath the head for the neck. 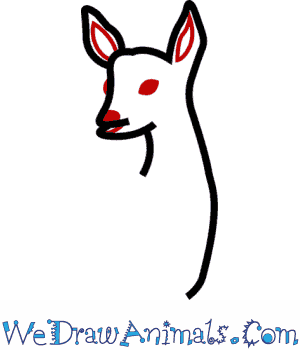 Step 2: Give it a face! Draw little ovals inside the ears, two seed-like shapes for eyes, and fill in the small point of the head black for the nose, and a little curve for the mouth. 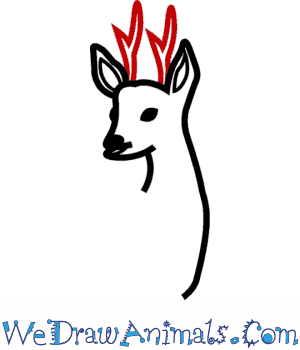 Step 3: Draw two straight lines between the ears. On each of these lines, add another line going off at an angle. 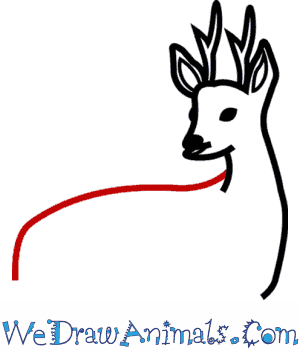 Step 4: Draw a big curve behind the neck for the upper body. 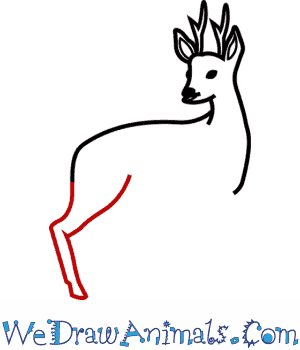 Step 5: On the end of the body, draw a downward-pointing triangle, then two lines straight down, ending in a square for the hind leg. 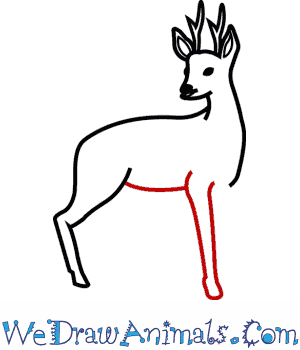 Step 6: Near the bottom of the neck, draw two lines straight down, ending in a square, for the front leg. Connect the hind and front legs with a curved line for the belly. 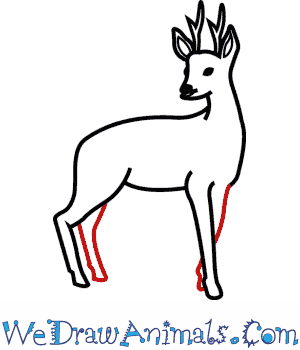 Step 7: Draw a second pair of front and hind legs just like the first pair. Now that you have drawn a roe deer, you can color it! They have grey faces, with reddish gold or brown fur, and white patches on the rear.

Interesting Facts about the Roe deer

The roe deer is a small deer that is originally native to Scotland but has been reintroduced to the remainder of the United Kingdom after disappearing in the 18thcentury. You can also find this deer in many different parts of the rest of Europe. Most commonly you will find these deer in open woodlands or suburbs that have a lot of large garden areas.

How to Draw a Roe Deer – Step-by-Step Tutorial