How to Draw a Secretary Bird 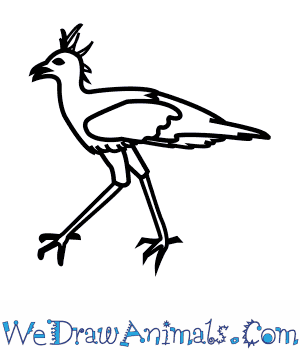 In this quick tutorial you'll learn how to draw a Secretary Bird in 7 easy steps - great for kids and novice artists.

At the bottom you can read some interesting facts about the Secretary Bird.

How to Draw a Secretary Bird - Step-by-Step Tutorial 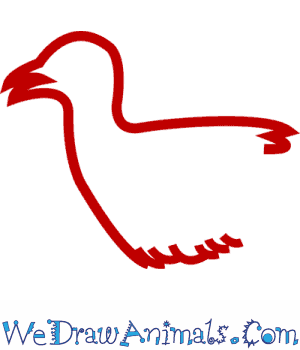 Step 1: Draw a circle for the head. Add two sharp curves for the beak. Draw a big L-shape by the head, and a big curve beneath the beak. Add zig-zags to the last two lines for feathers. 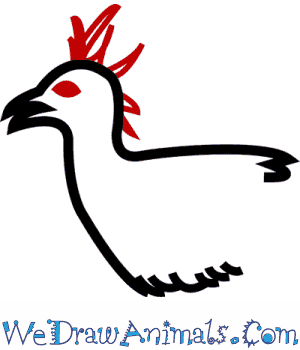 Step 2: Give it a seed-shaped eye, and a bunch of straight and curved lines coming out of the head. 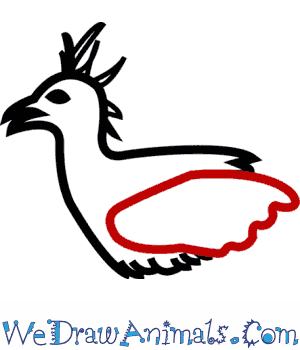 Step 3: Draw a wavy diamond shape as shown in the image for a wing. 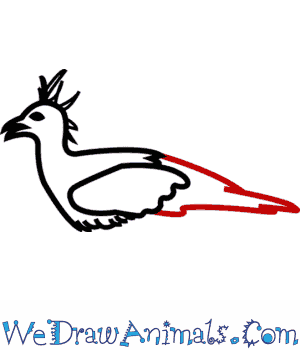 Step 4: Add a zig-zagging, triangle shape on the end of the body. 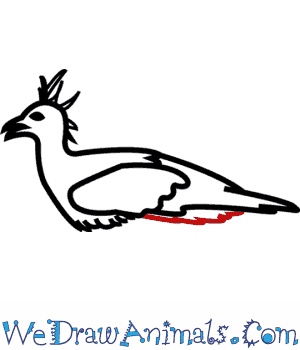 Step 5: Add another zig-zag line beneath the tail. 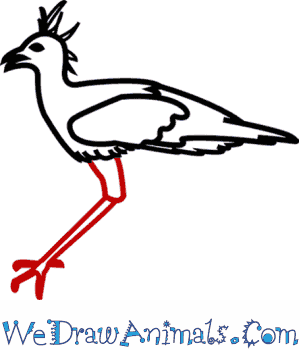 Step 6: For a leg, draw two lines going down and to the end of the body, then two longer lines coming together down to the front of the body. Add three lines going forward and one backward for toes. 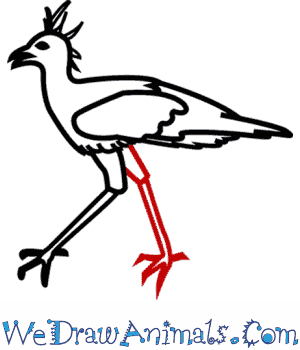 Step 7: Draw a second leg like the first. You did it! You can color the face orange, the legs and tail black, and the rest of the body grey. Although they can fly, these birds hunt for prey on foot.

Interesting Facts about the Secretary bird

The secretary bird is a large bird of prey that can be found throughout most of the eastern Africa and some countries in south Africa as well. Most commonly these birds are found in grasslands as well as wide open savanna with some small tress. They can also be found in farmlands where cereals are grown and grassy, open clearings. These birds are rather large and will grow to be around 1.2m tall. 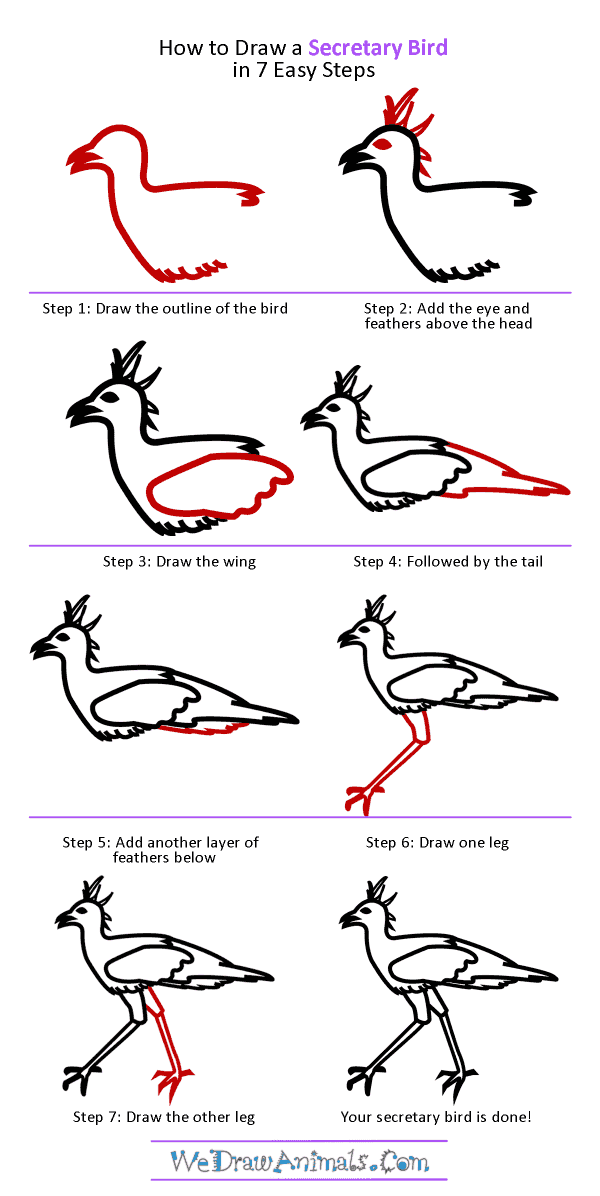 How to Draw a Secretary Bird – Step-by-Step Tutorial