How to Draw a Honey Badger 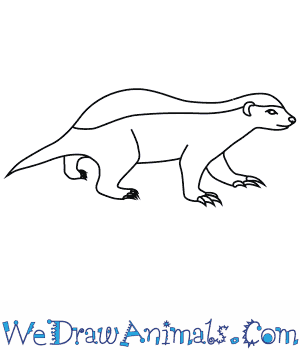 In this quick tutorial you'll learn how to draw a Honey Badger in 8 easy steps - great for kids and novice artists.

At the bottom you can read some interesting facts about the Honey Badger.

How to Draw a Honey Badger - Step-by-Step Tutorial 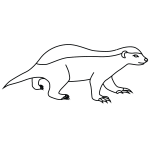 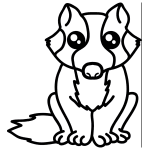 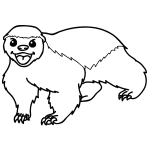 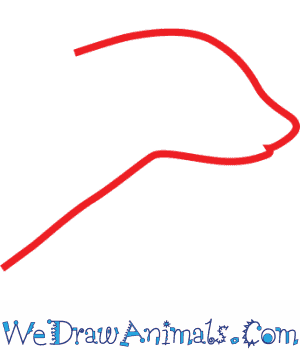 Step 1: Draw the head by thinking of an oval and then adding indents and bumps for the nose and mouth. Use a diagonal line for the neck. 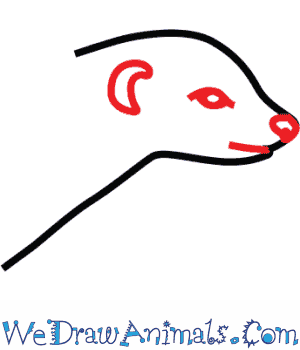 Step 2: Use a crescent moon shape for the ear, an oval with a line on top for the eye, a tiny circle for the nose, and a single line for the mouth. 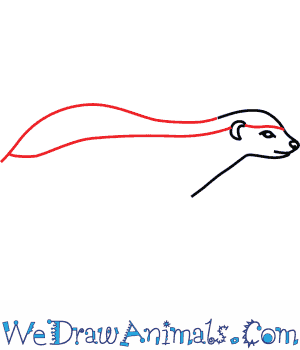 Step 3: Draw the top half of the body using two long and very wavy lines that meet on the left side. Start one from the edge of the top of the head and the other from the right of the head just above the eye. 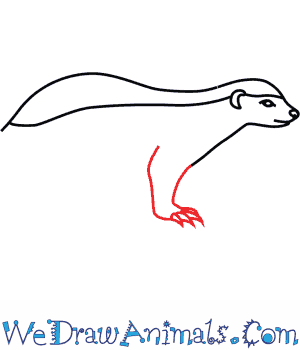 Step 4: Draw the front leg coming down from the neck, making sure to add long and curved claws to the foot. Have the leg come back into the body a bit. 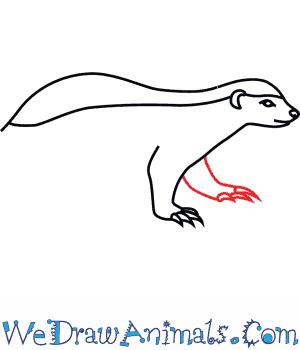 Step 5: Draw the other front leg at an angle so that it looks like the Honey Badger is reaching for something. 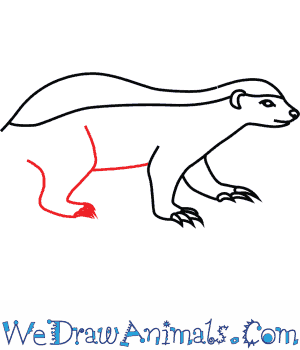 Step 6: Draw the hind leg so that it is thicker than the front legs, and add the bottom part of the body now. 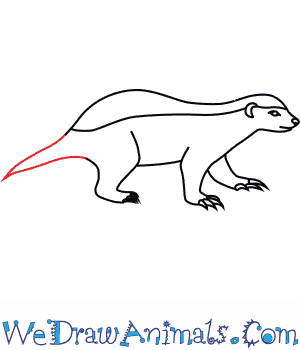 Step 7: Make the tail with two lines that start from the edges of what’ve you’ve drawn and meet at a triangular point. 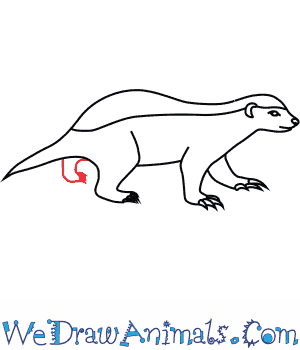 Step 8: Draw the other hind leg to look smaller than the others, with only the foot really showing. Your Honey Badger is now done!

Honey badgers are members of the weasel family. They are related to skunks, otters, ferrets, and other badgers. The actual name of the honey badger is the ratel. It gets its “honey badger” name because it likes to search through honeycombs for bee larvae, which are part of its diet. 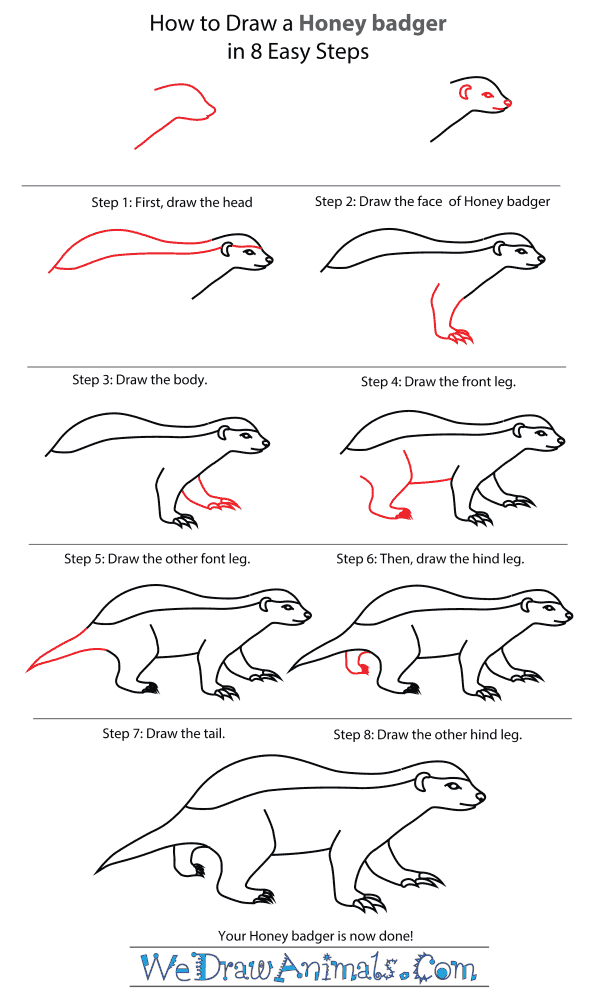 How To Draw A Honey Badger – Step-By-Step Tutorial