How to Draw a Caribou 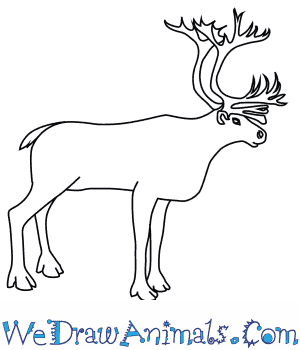 In this quick tutorial you'll learn how to draw a Caribou in 9 easy steps - great for kids and novice artists.

At the bottom you can read some interesting facts about the Caribou.

How to Draw a Caribou - Step-by-Step Tutorial 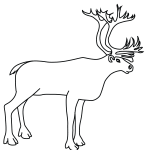 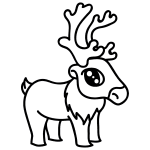 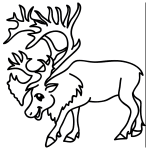 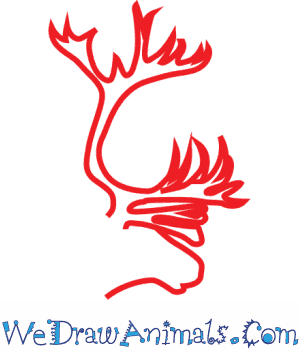 Step 1: Start with the head, and use curved lines that make the head long and a little narrow. Make an indent for the mouth. The horns should be made of branching thin sets of two lines, with more branches coming out the farther away from the head you get. 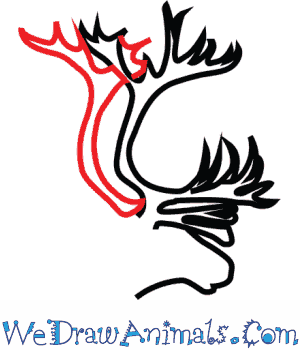 Step 2: Draw the other horn behind the first. This one doesn’t need to be as detailed as the first, with much of it hidden. 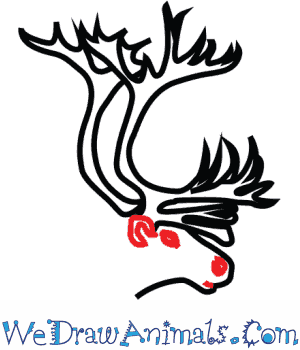 Step 3: Draw the face by using tiny circles for the eye and nose, a tiny line for the mouth, and a small horseshoe shape for the ear. 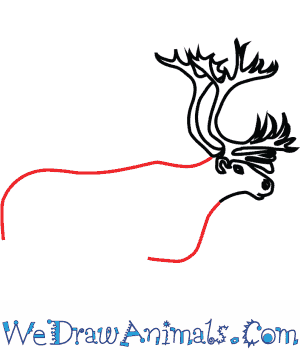 Step 4: Draw the body continuing from the head and make it look like a large wavy rectangle, stopping so that you can add the legs in later. 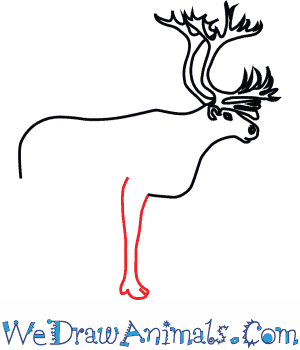 Step 5: Draw the front leg using two vertical lines that end in the hoofs, and add lines to make the toes in the hoof. 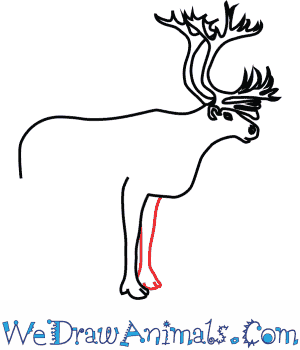 Step 6: Draw the second front leg almost exactly like the first, only behind the first leg. 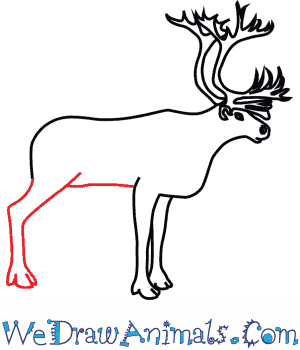 Step 7: Draw the bottom of the body, and draw the hind leg with a diagonal portion that stops and then continues into a vertical portion like the front legs. 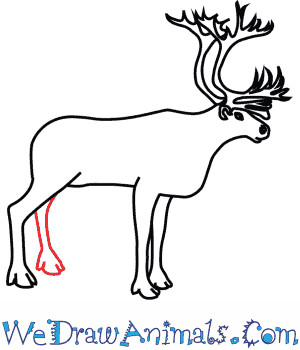 Step 8: Draw the other hind leg much like the front legs, with some of it being hidden behind the other back leg. 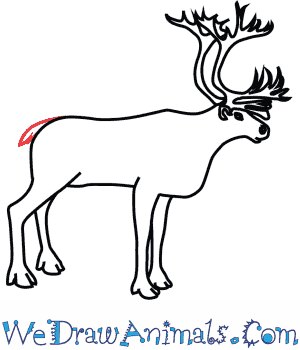 Step 9: Use a small diamond shape from the top of the back for the tail. Your Caribou is now done!

Caribou migrate south during the winter, where they could more easily find the food they need for their diet. During the summer, their return to the north is considered one of the largest migrations of any animal in the world. They migrate in large groups called herds, which are known to travel at least 600 to 1,000 miles every year.

How To Draw A Caribou – Step-By-Step Tutorial