How to Draw a Killdeer 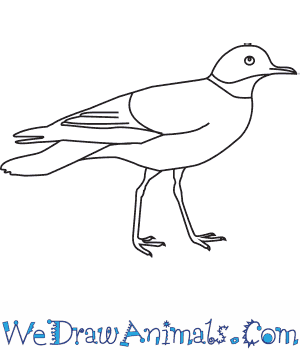 In this quick tutorial you'll learn how to draw a Killdeer in 8 easy steps - great for kids and novice artists.

At the bottom you can read some interesting facts about the Killdeer.

How to Draw a Killdeer - Step-by-Step Tutorial 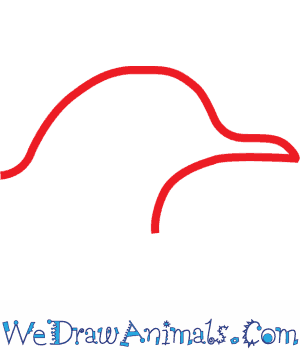 Step 1: Draw a dome shape for the head and add a break. Did you know this bird is called the killdeer because of the distinctive "kill-deer" sound it makes? 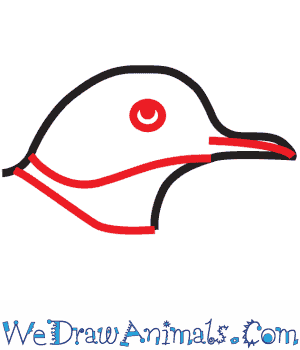 Step 2: Add the neckline and eyes to the bird's face, along with the pattern going from its mouth to the neck. 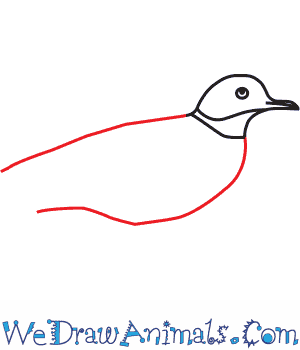 Step 3: Draw a slightly curved line for the back and another curve for the belly, leveling off to where the tail will go! 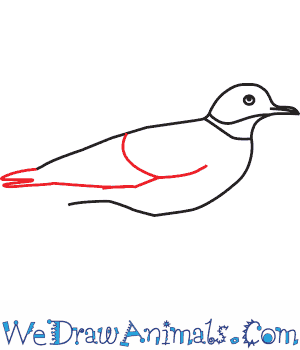 Step 4: Draw a half circle on the torso for the wing and then a triangle shape. Add a ridge at the tip for the feather! 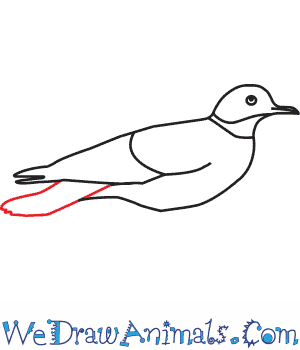 Step 5: Now draw the tail. You can usually find the killdeer on beaches, running along the surf and looking for small insects! 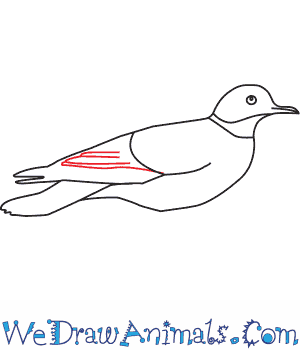 Step 6: Add a few lines on the wing for patterning. 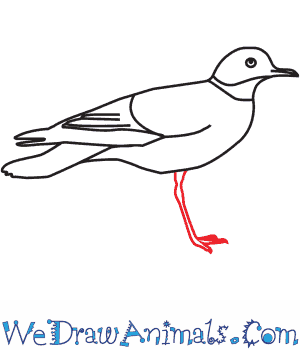 Step 7: Draw one long skinny leg. This is what the killdeer runs so quickly on! 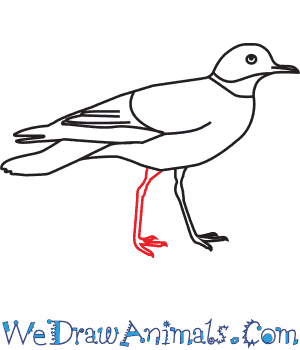 Step 8: Do the same thing for the other leg, be sure to add the feet and talons!

Interesting Facts about the KILLDEER

The Killdeer is a member of the bird family and the scientific term for them is Charadrius vociferus. These creatures have gotten their proper name because of the sound that they make which sounds like a suggestion to prey on some other animal, namely the Deer. This is in the Plover family because it is a widely distributed wading bird. The species is also a precocial animal, since it is able to move immediately after birth.

It pretends to have an injured wing when a predator comes near their nest. They have a light brown body and head with a white chest and face, with a black collar and eyebrows. This bird eats insects in the night and daytime, and makes a nest in a shallow hole of the ground with a little grass and rocks, and the eggs are naturally camouflaged to look like stones. There are not many of these creatures, but they are the least concern for a possibility of extinction. 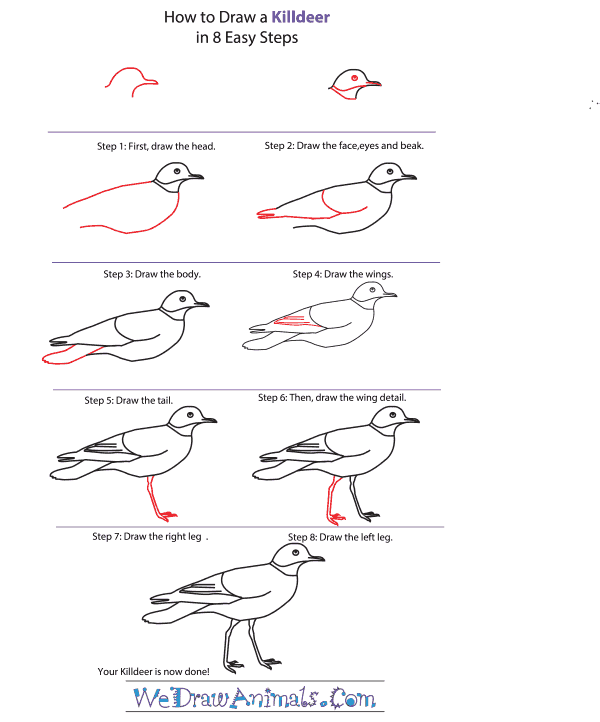 How to Draw a Killdeer – Step-By-Step Tutorial